Asia destinations preferred, with Thailand, Japan, Vietnam and South Korea among most popular 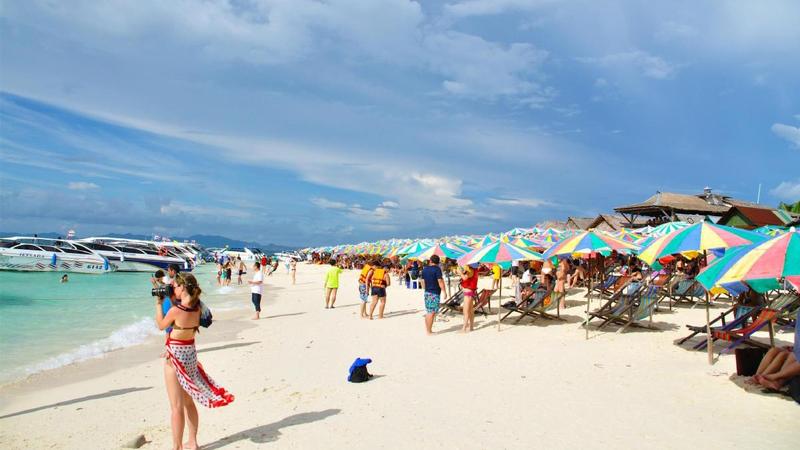 A view of the beach at Phuket in Thailand, a popular tourist destination among Chinese people. (PHOTO PROVIDED TO CHINA DAILY)

While the world adjusts to the new world order in global trade, tourism is booming and China is in the driver’s seat. Data released by Tourism Economics, an Oxford Economics company, says 630 million foreign visitors are expected to visit the world’s top 300 cities in 2019, an increase of 28 million from last year.

These cities will account for almost 50 percent of global international visitor arrivals in 2019, while being home to just under 20 percent of the world’s population.

According to Global City Travel: 2019 to 2025, the Tourism Economics report released last week, between now and 2025, one in seven of the estimated 173 million tourists to these cities will be from China.

In 2019, inbound visitor arrivals to the 300 cities covered by the report are set to grow 4.6 percent, reaching 630 million visits. Of the top 15 cities, seven are in Asia, five are in Europe, two are in North America, and fourth-ranked Dubai is the only Middle Eastern city.

The 300 cities in the report represent “the most important tourism city destinations and source markets worldwide, and by region”, a spokesperson for Tourism Economics told China Daily.

“The final list was selected according to multiple criteria including travel volumes, population, gross domestic product, and output of key tourism-related industries.”

Just why China is driving global tourism comes as no surprise to analysts. Rapid growth over the past decade has resulted in Chinese per capita GDP rising from US$2,650 in 2007 to around US$10,000 by 2019. This has created a rapidly growing middle class that drives consumer spending across a wide range of goods and services.

“Some of China’s largest cities have reached per capita income levels that are considerably higher, with per capita GDP for Beijing estimated at US$20,356 in 2017,” said Rajiv Biswas, Asia-Pacific chief economist with global consultancy IHS Markit.

Asia is the preferred destination for most Chinese tourists, with Thailand, Japan, Vietnam and South Korea among the most popular, helped by geographic proximity and strong airline connectivity from large Chinese cities to these countries.

Chinese have also become an increasingly important part of Australia’s tourism industry, with an estimated 1.5 million visits in 2018.

“With Chinese per capita GDP forecast to more than double over the next decade, from US$10,000 in 2019 to US$22,000 by 2028, the Chinese tourism boom in the Asia-Pacific looks set to continue over the long term,” said Biswas.

Leon Perera, chief executive officer of Spire Research and Consulting, said iconic destination cities like Paris, Rome, New York and Tokyo are irreplaceable to travelers. “Alongside this, we see a smaller but growing trend of tourism to nature reserves and rural areas, driven by an interest in wildlife and heritage.”