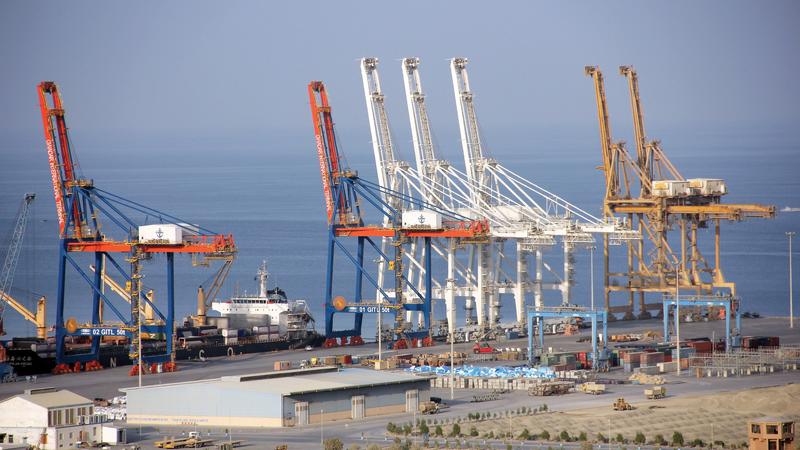 Heavy-duty cranes tower above the port of Gwadar in southwestern Pakistan on Oct 3 last year. The China-Pakistan Economic Corridor will connect the port to the city of Kashgar in Northwest China’s Xinjiang Uygur autonomous region, via a 3,000-kilometer network of roads, railways, pipelines and optical cables. (PHOTO / DPA)

The archaeological site of Taxila, located in the eastern Pakistani province of Punjab, is a testament to the long and deep relationship between China and Pakistan.

Now a UNESCO Heritage Site, Taxila is noted not only for its ruins of ancient Buddhist monasteries, but also for being a focal point of the ancient Silk Road. Traders and monks passed through Taxila, exchanging goods and knowledge and building ties that would even outlast this once flourishing ancient city.

Those ties would later lay the foundation for China and Pakistan’s diplomatic relations, which officially started on May 21, 1951. The two countries strengthened this relationship further by signing their first bilateral trade pact in January 1963.

Over the years, China and Pakistan have continued to firm up both political and economic ties, either via signed agreements or joint projects. This all-weather partnership culminated in 2015 when President Xi Jinping visited Pakistan and the Chinese left 51 agreements to invest US$62 billion in the construction of roads, railways and power plants in Pakistan in the following years.

The amount, equivalent to about 20 percent of Pakistan’s GDP, sped up the construction of the China-Pakistan Economic Corridor (CPEC).

In a conference earlier this year in Pakistan’s capital, Islamabad, Chinese Ambassador to Pakistan Yao Jing said China considers the country a most reliable friend and wants to see it develop economically. He said CPEC will put Pakistan “on the path of industrialization, jobs creation and regional connectivity”.

CPEC is a flagship program of the Belt and Road Initiative. Under this economic corridor, a 3,000-kilometer network of roads, railways, pipelines and optical cables is now being constructed to connect the city of Kashgar in Northwest China’s Xin-jiang Uygur autonomous region to the port city of Gwadar in southwestern Pakistan.

CPEC’s projects will be constructed in several phases within 15 years (2015-30). The first phase — known as ‘early harvest’ projects — is expected to be finished by 2020.

Analysts said CPEC will bring more investments and infrastructure to Pakistan and help sustain the record 5.3 percent growth it posted in fiscal year 2017. This marked the highest GDP growth rate in 10 years.

Pakistan’s Ministry of Finance attributed this to robust consumption, a rebound in the farm sector and increased investments. 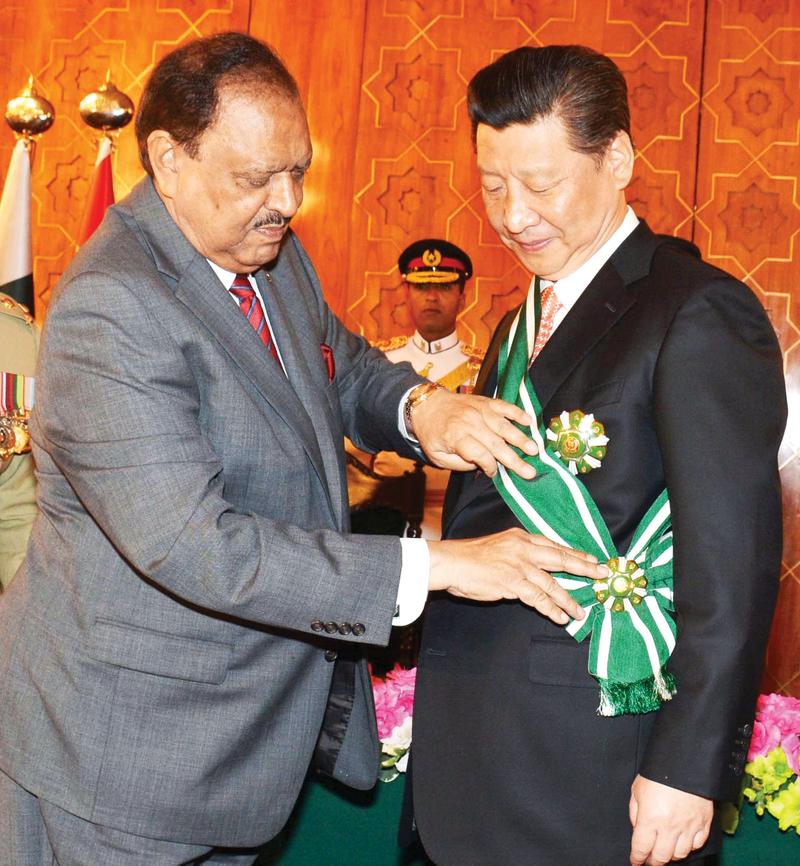 “CPEC has contributed to (the 2017 GDP record) growth and will continue to do so in the coming years,” Enrique Blanco Armas, lead country economist for Pakistan with the World Bank, told China Daily Asia Weekly.

“Under CPEC, we have initiated energy projects under the IPP (Independent Power Producer) mode. Once these projects are in place, they will have further impact on our GDP growth,” he said.

Abbasi was alluding to ‘early harvest’ projects that are already operational. These include the coal-fired power plants located in Punjab and the southeastern province of Sindh. He said these CPEC projects have created thousands of jobs and added 10,000 MW to the national grid.

Nomura said in its April report that CPEC is expected to create more than 2 million jobs during 2015-30, which could add as much as 2.5 percentage points to Pakistan’s GDP growth.

CPEC is also set to make Pakistan a key trading hub, with Nomura estimating that 4 percent of global trade will likely pass through the Gwadar-Xinjiang corridor by 2020.

Speaking to China Daily Asia Weekly, a Nomura analyst said that CPEC will encourage more Chinese investors to look to Pakistan. He said foreign direct investment from China hit US$1.8 billion in 2017, accounting for 65 percent of Pakistan’s total FDI inflows. This made China the largest source of foreign capital for Pakistan.

“We expect this trend to accelerate (because of CPEC),” he said.

Lu Yang, a research fellow at the Beijing-based Institute of the Belt and Road Initiative at Tsinghua University, said: “CPEC will bring in Chinese investment and technologies to Pakistan, which are crucial to (Pakistan’s economic) development.”

The World Bank noted that intermittent power supply and poor infrastructure discouraged investments and curbed export revenues. Pakistan’s investment-to-GDP ratio grew marginally from 15.6 percent in 2016 to 15.8 percent in 2017. Investment grew at around 15 percent in the past eight years.

Pakistan has lost 1.5 percent of its export market share annually over the past decade, the bank said. From 2011 to 2017, export earnings have declined by approximately 20 percent.

But this might change now as CPEC is seen to create “major structural shifts” in the Pakistani economy, according to Nawazish Mirza, Dubai-based associate professor of finance at the business school, SP Jain School of Global Management.

“(CPEC) will enable the economy to overcome fiscal bottlenecks through infrastructure development and energy projects (that can) curtail power shortages,” he said.

Mirza said that most of these energy projects are either completed or in their final stages. The completed projects, he said, help to reduce daily power outages and give a lifeline to industries that have been operating under capacity for several years.

But it is not only Pakistan that stands to gain from CPEC. The economic corridor will also provide a bigger market to China and access to other maritime routes.

The envoy said that CPEC will give China more access to markets in the Middle East, Africa and Europe. It will also reduce China’s reliance on the South China Sea as CPEC will allow China to transport goods via the Indian Ocean.

Mirza of SP Jain School said it usually takes more than 30 days to ship oil from the Middle East to China. But once the Gwadar port is operational, the shipment date will be reduced to two days.

“The trade route through the planned Gwadar port will reduce the trade distance between markets in Asia, Africa and Europe. The estimated savings from this will be around 10 to 14 cents per kilogram,” he said.

Armas from the World Bank said CPEC will bring prosperity to both China and Pakistan and will “contribute to strong Sino-Pakistan relations”.

CPEC’s influence is set to go beyond China and Pakistan, as other Belt and Road member countries are expected to gain from it.

Lu of Tsinghua University said CPEC’s success can serve as a role model for other economic corridors along the Belt and Road.

“The experiences gained from constructing CPEC (projects) will be helpful to other projects in (the initiative),” she said.

Armas said that although the corridors are at different stages of development, CPEC is at the most advanced stage. This is why he believes CPEC can help with the Belt and Road’s success as a whole.

“Investments in CPEC would connect Pakistan with other (Belt and Road) corridors more broadly and spur regional connectivity in South, Central and East Asia,” he said.