Indian guru gets life sentence in murder of journalist 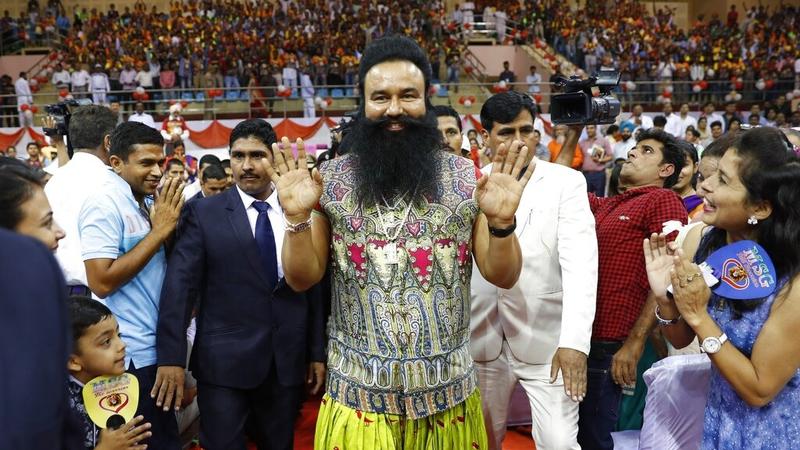 In this Oct 5, 2016 file photo, Indian spiritual guru who calls himself Dr. Saint Gurmeet Singh Ram Rahim Insan, center, greets followers as he arrives for a press conference ahead of the release of his new movie "MSG: The Warrior Lion Heart," in New Delhi, India. The flamboyant spiritual guru was convicted on Jan 11, 2019 of murdering a journalist Ram Chander Chhatrapati 16 years ago. (TSERING TOPGYAL / AP)

NEW DELHI — An Indian court sentenced a popular and flamboyant spiritual guru and three followers to life in prison on Thursday in the murder 16 years ago of a journalist who published a letter about the guru's alleged sexual exploitation of women.

The guru, who calls himself Dr Saint Gurmeet Singh Ram Rahim Insan, received the sentence through a video link from a prison where he is serving a 20-year sentence in a separate case involving the raping of two female followers.

Judge Jagdeep Singh convicted the guru and his three followers on murder charges last Friday. The followers were present in the court in the northern Indian town of Panchkula.

"This is the triumph of truth, I feel relieved today. The prosecution had demanded capital punishment but we're satisfied with the punishment," the Indian Express newspaper quoted Anshul Chhatrapati, the son of the slain journalist, as saying.

The guru is imprisoned in the northern India town of Rohtak after being sentenced last August in the rape case. His conviction sparkedviolent protests by his followers that left at least 38 people dead and hundreds injured in Panchkula.

Before his imprisonment he played himself in biopics and courted powerful politicians. He lived with tens of thousands of his followers on a sprawling 400-hectare ashram in Haryana state.