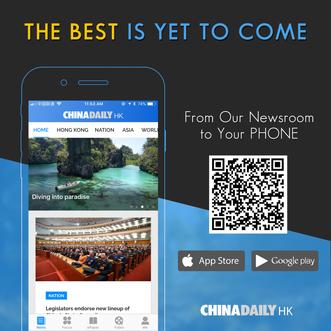 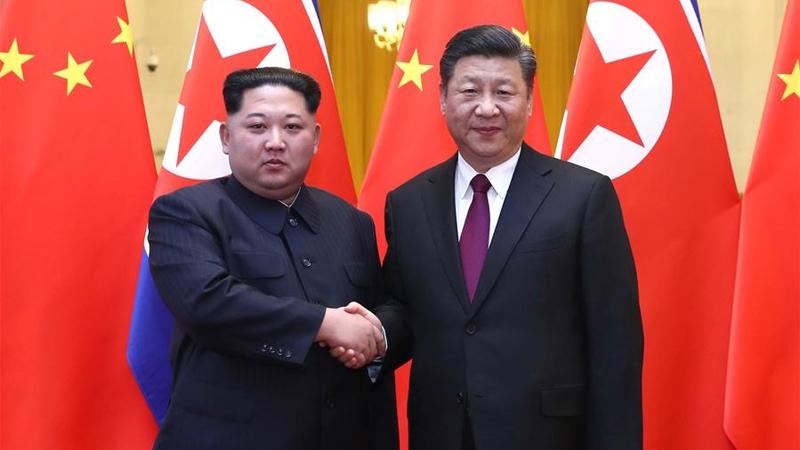 At the invitation of Xi Jinping, general secretary of the Central Committee of the Communist Party of China (CPC) and Chinese president, Kim Jong-un, chairman of the Workers' Party of Korea (WPK) and chairman of the State Affairs Commission of the Democratic People's Republic of Korea (DPRK), paid an unofficial visit to China from March 25 to 28, 2018. (JU PENG / XINHUA)

World leaders and heads of major international organizations have hailed as positive this week's meeting between President Xi Jinping and Kim Jong-un, the top leader of the Democratic People's Republic of Korea.

Kim paid an unofficial visit to China from Sunday to Wednesday, during which he met with Xi in Beijing.

UN Secretary-General Antonio Guterres welcomed on Wednesday the reported commitment by the DPRK to the denuclearization of the Korean Peninsula.

Stephane Dujarric, Guterres' spokesman, said in a statement that Guterres "views the latest positive developments as the start of a longer process of sincere dialogue, leading to sustainable peace and denuclearization on the Korean Peninsula".

Brenden Varma, spokesman for UN General Assembly President Miroslav Lajcak of Slovakia, said the president supports all efforts that would eventually lead to the peaceful denuclearization of the Korean Peninsula, Xinhua reported.

TASS News Agency quoted the Russian Foreign Ministry on Wednesday as saying Moscow views Kim's visit to Beijing as an important step toward advancing the situation on the Korean Peninsula.

The ministry confirmed Moscow's readiness to continue close cooperation with its Chinese partners and to "make active efforts" to contribute to settling regional issues by peaceful and diplomatic means.

US President Donald Trump, in a pair of tweets Wednesday morning, said he is looking forward to an anticipated meeting between he and Kim, which is expected to take place in May. White House spokeswoman Sarah Sanders said on Wednesday, "We're going to be cautiously optimistic, but we feel like things are moving in the right direction."

In another development, Yang Jiechi, member of the Political Bureau of the Communist Party of China Central Committee, is currently on a two-day visit to the Republic of Korea on Thursday and Friday as Xi's special representative.

While meeting with Chung Eui-yong, chief of the ROK National Security Office, on Thursday in Seoul, Yang briefed him on details of the Xi-Kim talks.

Yang said the situation on the Korean Peninsula has undergone positive changes and the international community should continue to build upon the momentum.

China is willing to enhance communication and coordination with the ROK to further ease tensions and promote a political settlement, Yang said.

Chung said the ROK sees Kim's visit to China and his talks with Xi in a positive light and expects China to continue playing an important role.

Yang, also the head of the General Office of the Central Committee for Foreign Affairs, is scheduled to meet with ROK President Moon Jae-in on Friday, Seoul-based Yonhap News Agency reported.

Zhao Huanxin in Washington contributed to this story.