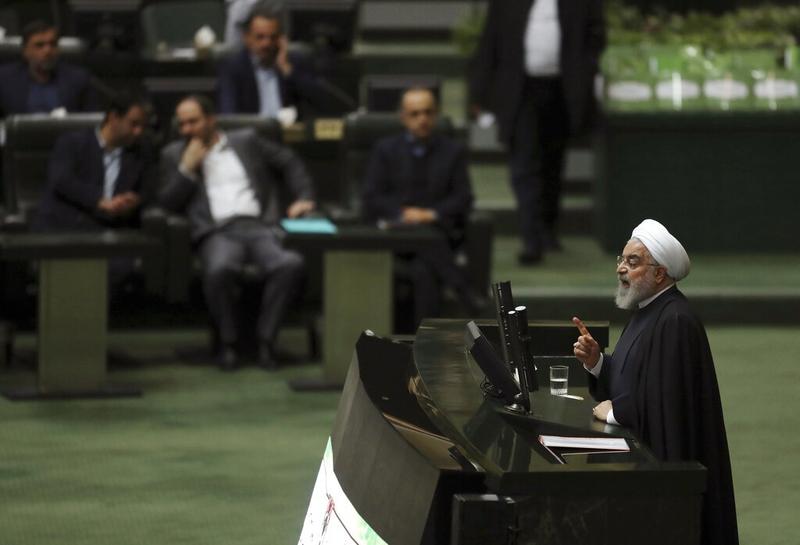 TEHRAN, Iran — Iran's president said on Sunday his country will depend less on oil revenue next year, in a new budget that is designed to resist crippling US trade embargoes.

ALSO READ: Iran's Rouhani says no talks with US unless sanctions lifted

Iran is in the grips of an economic crisis. The US re-imposed sanctions that block Iran from selling its crude oil abroad, following President Trump's decision to withdraw from Tehran's 2015 nuclear deal with world powers.

The budget sends a message to the world that despite the sanctions, we will manage the country

"The budget sends a message to the world that despite the sanctions, we will manage the country," President Hassan Rouhani told the opening session of Parliament.

The proposed budget will counter "maximum pressure and sanctions'' by the US, he said.

Rouhani added that the Iranian government will also benefit from a US$5 billion loan from Russia that's being finalized.

He said the US and Israel will remain "hopeless" despite their goal of weakening Iran through sanctions.

The budget aimed at giving more relief and "removing difficulties'' for poor people by heavily subsiding food and medical needs, he stated.

The next Iranian fiscal year begins March 20, with the advent of the Persian New Year. The budget is set to be about US$40 billion, some 10% higher than in 2019. The increase comes as the country is suffering from a 40% inflation rate.

Parliament has until early February to discuss the budget bill. The Guardian Council, a constitutional watchdog, must approve the bill for it to become law.

Iran's economic woes in part fueled the anger seen in widespread protests last month that Iranian security forces violently put down. Amnesty International says the unrest killed over 200 people. Iran has not given any nationwide death toll so far.