In this June 20, 2019 photo, a general view shows the skylines of Hong Kong Island, right, and Kowloon, left, as ships sail through the waters of Victoria Harbour. (ANTHONY WALLACE / AFP)

HONG KONG - The Sino-British Joint Declaration does not have any paragraph which sets out the implementation of "dual universal suffrage", said the Hong Kong Special Administration Region's government in a statement issued on Thursday.

The government's clarification came after an organization's claim on social media that the fact universal suffrage has yet to be implemented in Hong Kong is a "serious violation of the Sino-British Joint Declaration."

The government stressed that universal suffrage of "one person, one vote" for selecting the chief executive and electing all members of the Legislative Council is enshrined as an ultimate aim in the Basic Law

In the statement, the government said that paragraph 3(4) of the joint declaration stipulates that the Chief Executive (of the Hong Kong Special Administrative Region government) will be appointed by the Central People's Government on the basis of the results of elections or consultations to be held locally.

Annex I of the declaration stipulates that the legislature of the HKSAR shall be constituted by elections.

Both are not related to the implementation of "dual universal suffrage".

The government stressed that universal suffrage of "one person, one vote" for selecting the chief executive and electing all members of the Legislative Council is enshrined as an ultimate aim in the Basic Law.

To achieve this aim, there is a need to conduct dialogues to narrow differences with a view to attaining a consensus agreeable to all sides, it said.

READ MORE: ‘One man, one vote’ must ‘follow Basic Law and NPCSC decision’

The HKSAR government will assess the situation carefully and take forward constitutional development in accordance with the Basic Law and the relevant interpretation and decisions of the National People's Congress Standing Committee, according to the statement. 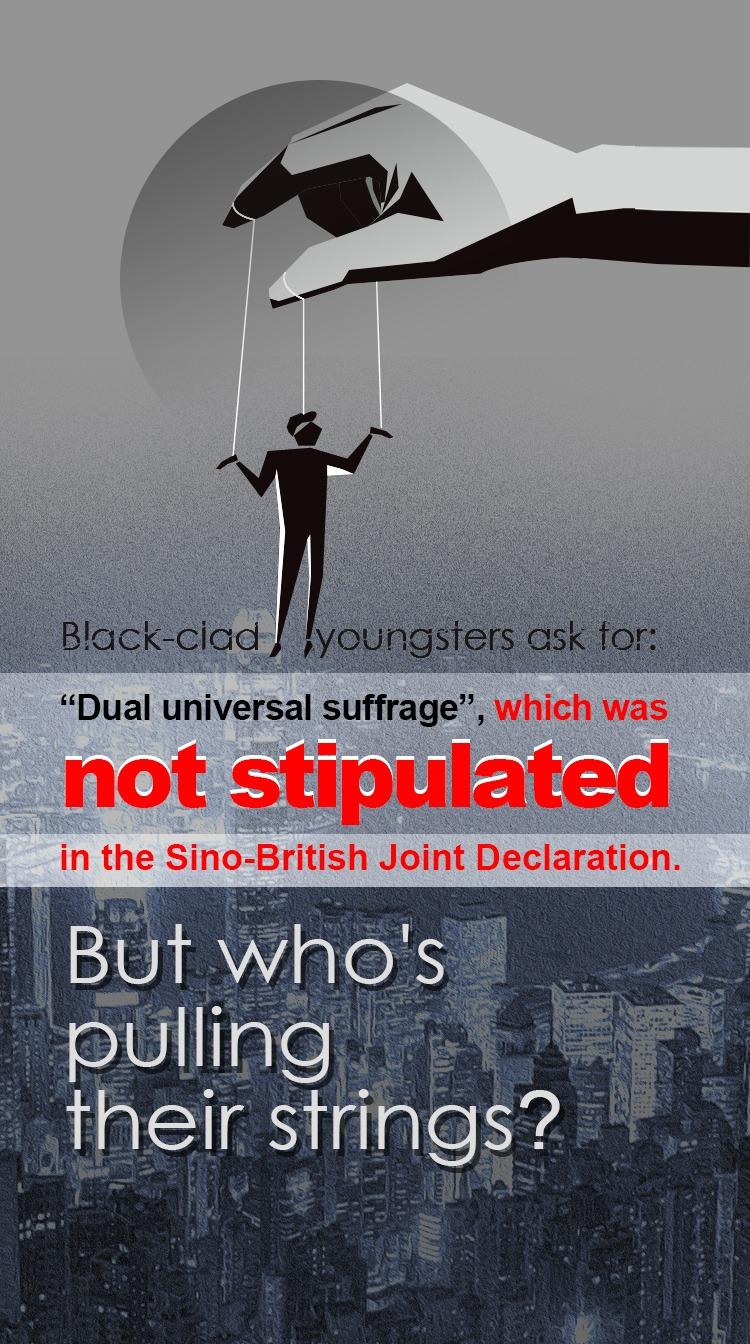