Cameras follow Jody Wilson Raybould as she waits to appear in front of the Justice committee in Ottawa, Feb 27, 2019. (ADRIAN WYLD / THE CANADIAN PRESS / AP)

OTTAWA — Canadian Prime Minister Justin Trudeau on Wednesday evening dismissed opposition call for him to step down following an explosive testimony against him by former Justice Minister and Attorney General Jody Wilson-Raybould over alleged obstruction of justice.

Jagmeet Singh, leader of Canada's left-of-center New Democratic Party, demanded that a public inquiry be held over the accusations

In the testimony before the House of Commons' justice committee on Wednesday, Wilson-Raybould said that she faced political pressure and "veiled threats" to drop a criminal prosecution against Montreal-based construction and engineering giant SNC-Lavalin.

Wilson-Raybould, who resigned from Trudeau's Liberal cabinet earlier this month, said that between September and December last year, she "experienced a consistent and sustained effort by many people within the government to seek to politically interfere in the exercise of prosecutorial discretion ... in an inappropriate effort to secure a deferred prosecution agreement with SNC-Lavalin."

SNC-Lavalin was charged with fraud and corruption four years ago over allegations that it paid nearly US$36 million in bribes to officials in the government of toppled former Libyan leader Muammar Gadhafi and defrauded Libyan organizations of an estimated US$98 million between 2001 and 2011.

Wilson-Raybould alleged that 11 senior Canadian government officials, including those from Trudeau's office, through meetings and phone calls, pressed her to offer SNC-Lavalin a deferred prosecution agreement that would allow the company to pay a fine and avoid a criminal trial.

She said that last September, Trudeau warned her that there would be dire economic and political consequences in the French-speaking province of Quebec where SNC-Lavalin is headquartered if the criminal prosecution against it proceeded. 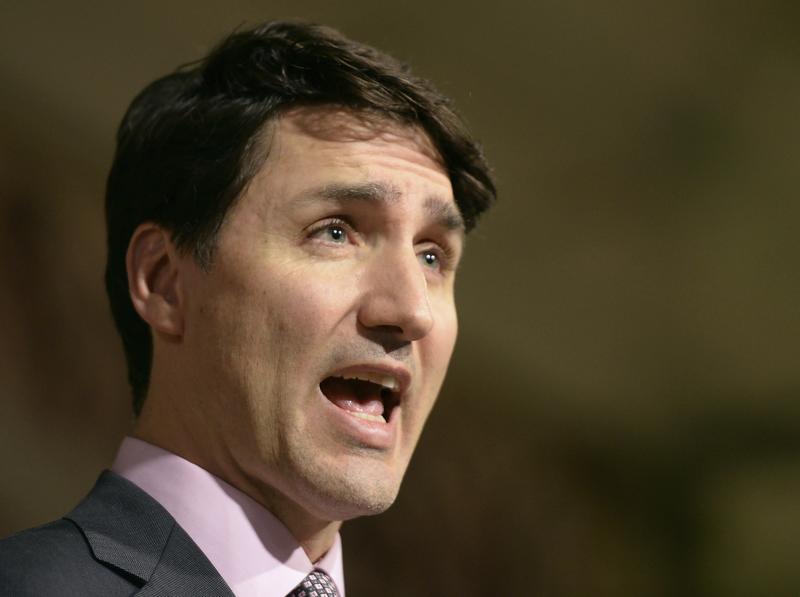 The opposition leader said that Wilson-Raybould's testimony revealed that Trudeau "has lost the moral authority to govern."

Jagmeet Singh, leader of Canada's left-of-center New Democratic Party, demanded that a public inquiry be held over the accusations.

At a Liberal Party event in Montreal on Wednesday evening, Trudeau dismissed Scheer's call for him to step down.

The prime minister said that his government "always acted appropriately and professionally" on the SNC-Lavalin file. He also said that he "completely disagreed" with Wilson-Raybould's "characterization of events" and that the decision in relation to the SNC-Lavalin case was "hers alone."