Parties to Iran nuclear deal pledge to preserve accord 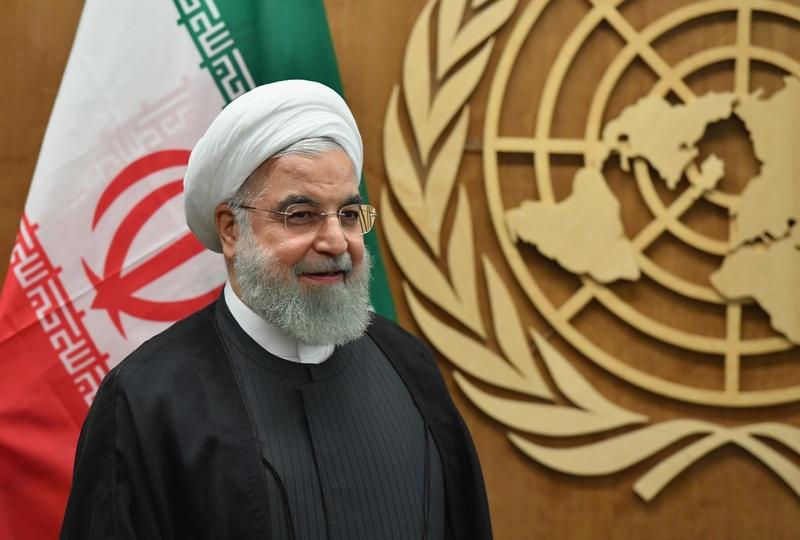 UNITED NATIONS — Parties to an international agreement on Iran's nuclear program pledged on Wednesday to continue efforts to preserve the July 2015 deal.

In a joint statement after their meeting in New York on Wednesday on the sidelines of the UN General Assembly, ministers from Britain, China, France, Germany, Russia and Iran "confirmed their determination to continue all efforts to preserve the agreement, which is in the interests of all."

The United States was a party to the deal. But Washington withdrew from it in May 2018 and re-imposed sanctions on Iran, prompting Tehran's reversal of its commitments

"Participants recalled that the JCPOA ... remains a key element of the global nuclear non-proliferation architecture and a significant achievement of multilateral diplomacy," says the statement read out to reporters by Federica Mogherini, EU's foreign and security policy chief, who chaired the meeting.

The JCPOA (Joint Comprehensive Plan of Action) is the official name of the July 2015 Iran nuclear deal.

The participants underlined the importance of the full and effective implementation of the agreement by all sides, says the statement.

The United States was a party to the deal. But Washington withdrew from it in May 2018 and re-imposed sanctions on Iran, prompting Tehran's reversal of its commitments.

Mogherini said it is becoming increasingly difficult to preserve the Iran nuclear deal. "We have discussed today the fact that we will try and continue keeping the agreement in place and overcome the difficulties we are facing."

ALSO READ: US out, other parties reaffirm commitment to Iran nuke deal

She asked Iran to return to full compliance with the deal, under which Iran would limit its nuclear activity in exchange for the lifting of international sanctions.

The leaders of France, Germany and Britain on Monday reaffirmed their commitment to the Iran nuclear deal and called on Tehran to accept negotiation on a long-term framework for its nuclear and missile programs

"What I believe is that every step that has been taken so far by Iran -- and I underline 'so far' -- is reversible. We've constantly called upon Iran to reverse these decisions and go back to full compliance, which has been the case till recently, because this is in the interests of all."

This is in the security interests of all parties and in the economic interests of Iran, she said. "I hope that rationality will prevail and that this meeting today will contribute to preserving the agreement."

The leaders of France, Germany and Britain on Monday reaffirmed their commitment to the Iran nuclear deal and called on Tehran to accept negotiation on a long-term framework for its nuclear and missile programs.

In a joint statement issued after their meeting on the sidelines of the UN General Assembly on Monday, French President Emmanuel Macron, German Chancellor Angela Merkel and British Prime Minister Boris Johnson urged Iran to return to full compliance with the deal.

"Conscious of the importance of collective efforts to guarantee regional stability and security, we reiterate our conviction that the time has come for Iran to accept negotiation on a long-term framework for its nuclear program as well as on issues related to regional security, including its missiles program and other means of delivery," reads the statement.

Iranian President Hassan Rouhani on Wednesday ruled out negotiations with the United States under the pressure of sanctions.

"On behalf of my nation and state, I would like to announce that our response to any negotiation under sanctions is negative," Rouhani told the UN General Assembly General Debate.

"If you require a positive answer, ... the only way for talks to begin is to return to commitments and compliance," said the Iranian leader. "If you are sensitive to the name of JCPOA, well, then you can return to its framework and abide by UN Security Council Resolution 2231. Stop the sanctions, so as to open the way for the start of negotiations."

When the United States does not respect the UN Security Council resolutions, and when Europe displays inability, the only way shall be to rely on Iran's national dignity, pride and strength, said Rouhani.

Tensions between Iran and the West suddenly grew after the Sept. 14 attack on Saudi oil facilities disrupted world oil markets.

The United States, then followed by the European trio of France, Germany and Britain, blame Iran for the attack although Houthi rebels in Yemen have claimed responsibility. Iran denies any involvement.