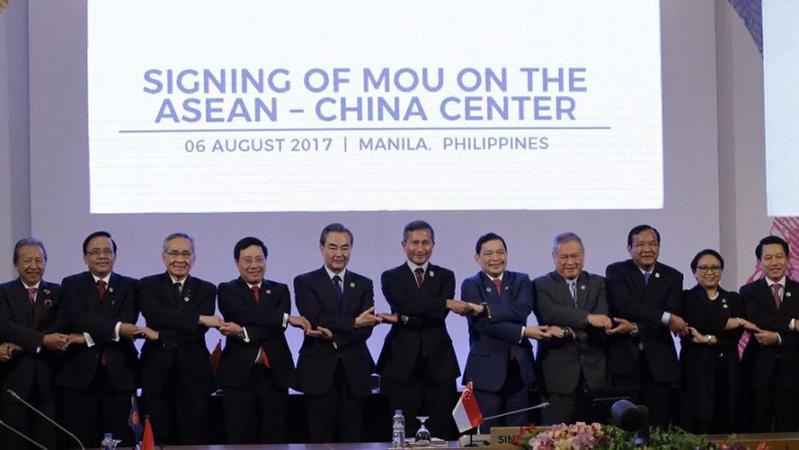 All sides fully acknowledged the positive momentum that the improving situation in the South China Sea is demonstrating and expressed their approval of the framework of the COC which they believe laid a sound foundation for the substantive consultations, Wang told reporters after the China-ASEAN Foreign Ministers' Meeting.

The ministers spoke highly of the achieved early harvests, including the establishment of hotline communications among senior officials of the ministries of foreign affairs of China and the Association of Southeast Asian Nations (ASEAN) member states in response to maritime emergencies, he said.

All the achievements testify to the fact that China and ASEAN have the wisdom and capability to properly manage the disputes, formulate a set of regional rules that we all recognize, and preserve peace and stability in the South China Sea, according to the Chinese foreign minister.

"We also hope that the two wheels of the COC consultations and maritime practical cooperation could run in parallel and reinforce each other," he said.

China has proposed a three-step vision to step up consultations on the COC, Wang said.

First, foreign ministers of China and ASEAN recognize the COC framework and with all necessary preparatory work done, announce the initiation of the substantive consultations at a proper time within this year.

Second, how the COC consultations will be approached and sustained while upholding what principles shall be discussed at the Joint Working Group Meeting on the Implementation of the Declaration of Code of Conduct (DOC) at the end of August.

Third, with preparations basically ready and on the condition that there is no major outside interference and the South China Sea situation is generally stable, leaders of China and ASEAN member states will officially announce the start of the next step to negotiate on the text of the COC at the China-ASEAN Leaders' Summit in November.

The three-step vision has got warm response and support from ASEAN, which once again showcase the shared aspiration and firm conviction of China and ASEAN member states to properly resolve disputes through dialogue and consultation and maintain peace and stability in the South China Sea, Wang said.

‘CHINA SATISFIED WITH TIES WITH ASEAN’

Wang Yi said China is satisfied with the achievements in relations between China and ASEAN and the situation in the South China Sea has "stabilized remarkably" in the past year. 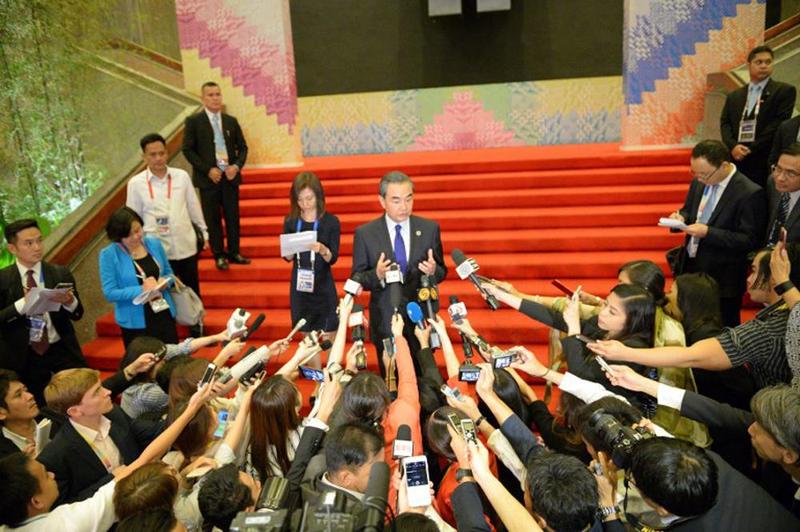 Wang made the remarks while meeting with his Lao and Brunei counterparts separately on the sidelines of a series of ASEAN foreign ministers' meetings in Manila.

Wang expressed his hope that key achievements made in China-ASEAN relations, including the South China Sea issue, in the past year, can be demonstrated objectively in the foreign ministers' meetings held here.

Saleumxay said China and Laos have been long-term strategic partners, maintaining frequent contacts on high levels and Laos appreciates China for its assistance and support in Laos' development.

Both ASEAN and Laos consider China as an important partner and are committed to strengthening cooperation with China, the Lao minister said.

In his meeting with Brunei's Second Minister of Foreign Affairs and Trade Lim Jock Seng, Wang Yi said China is satisfied with the important achievements in relations between China and ASEAN.

"With joint efforts, China and ASEAN have reached an agreement on the framework of the Code of Conduct in the South China Sea ahead of scheduled time, and this has won positive evaluations from the international community," Wang said.

Lim said Brunei and ASEAN attach great importance to developing relations with China, adding that a good relationship between China and ASEAN is essential to peace and development in the region.

Brunei and ASEAN are very happy with the agreement on the framework of the Code of Conduct in the South China Sea, saying this important development is conducive to enhancing the confidence of regional countries to safeguard peace in the region, said Lim.