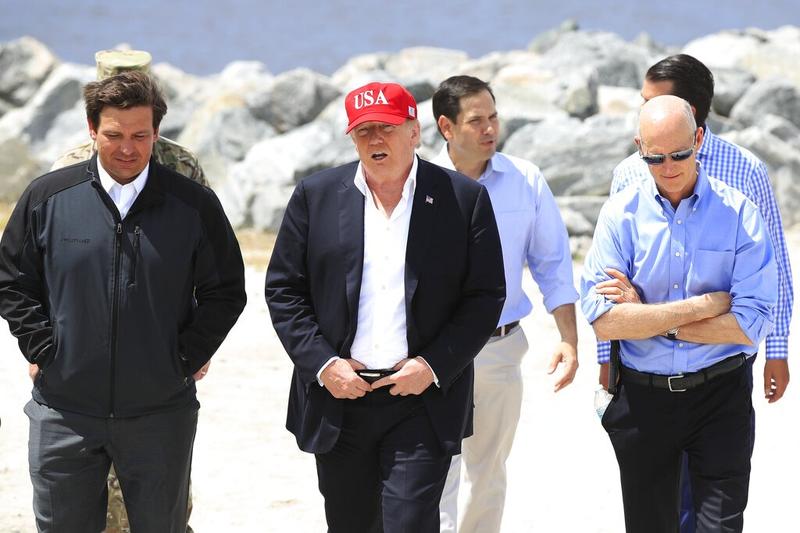 WASHINGTON/EL PASO, Texas – The US government cut aid to El Salvador, Guatemala and Honduras on Saturday after President Donald Trump blasted the Central American countries for sending migrants to the United States and threatened to shutter the US-Mexico border.

A surge of asylum seekers from the three countries have sought to enter the United States across the southern border in recent days. On Friday, Trump accused the nations of having "set up" migrant caravans and sent them north.

A State Department spokesman said in a statement it was carrying out Trump's directive by ending aid programs to El Salvador, Guatemala and Honduras, known as the Northern Triangle

Trump said there was a "very good likelihood" he would close the border this week if Mexico did not stop immigrants from reaching the United States. Frequent crossers of the border, including workers and students, worried about the disruption to their lives the president's threatened shutdown could cause.

At a rally on the border in El Paso, Texas, Democratic presidential hopeful Beto O'Rourke denounced Trump's immigration policies as the politics of "fear and division."

A State Department spokesman said in a statement it was carrying out Trump's directive by ending aid programs to the three Central American nations, known as the Northern Triangle.

The department said it would "engage Congress in the process," an apparent acknowledgement that it will need lawmakers' approval to end funding that a Congressional aide estimated would total about US$700 million.

Trump told reporters at his Mar-a-Lago resort in Florida on Friday that the United States was paying the three countries "tremendous amounts of money," but received nothing in return.

Mario Garcia, a 45-year-old bricklayer in El Salvador, said he was setting off for the United States regardless of the president's threat to close the frontier.

"There is no work here and we want to improve (our lives), to get ahead for our families, for our children. I don't give a damn (what Trump says), I'm determined," Garcia said.

Garcia was one of a group of at least 90 people who left the capital San Salvador over the weekend on buses heading north, in what locals said was the tenth so-called caravan to depart for the United States since October.

The government of El Salvador has said it has tried to stem the flow of migrants.

The Honduran Foreign Ministry on Saturday called the US policies "contradictory" but stressed that its relationship with the United States was "solid, close and positive."

Trump, who launched his presidential campaign in 2015 with a promise to build a border wall and crack down on illegal immigration, has repeatedly threatened to close the frontier during his two years in office but has not followed through. 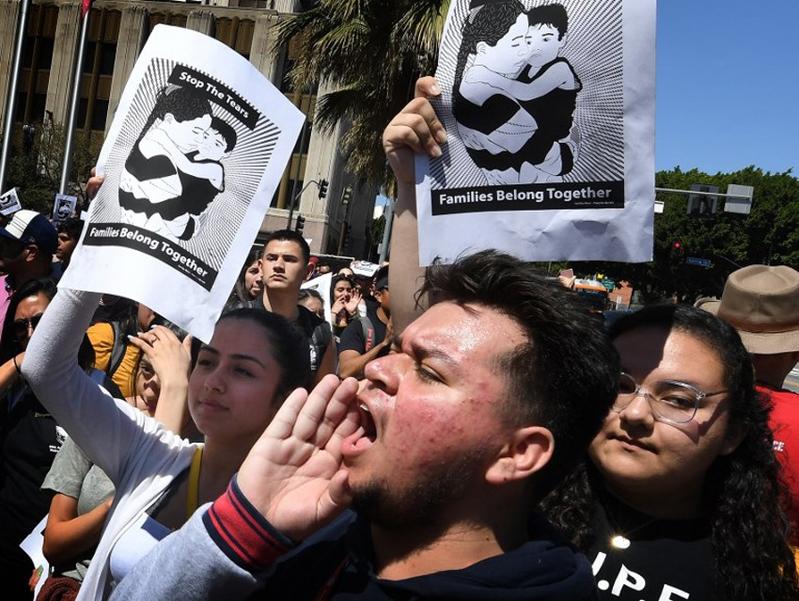 This time, Homeland Security Secretary Kirstjen Nielsen and other US officials say border patrol officers have been overwhelmed by a sharp increase asylum seekers, many of them children and families who arrive in groups, fleeing violence and economic hardship in the Northern Triangle.

March is on track for 100,000 border apprehensions, Homeland Security officials said, which would be the highest monthly number in more than a decade. Most of those people can remain in the United States while their asylum claims are processed, which can take years because of ballooning immigration court backlogs.

Trump has so far been unable to convince Congress to tighten asylum laws or fund his border wall. He has declared a national emergency to justify redirecting money earmarked for the military to pay for the wall.

Mexico has played down the possibility of a border shutdown. Its foreign minister, Marcelo Ebrard, said the country is a good neighbor and does not act on the basis of threats.

But a border shutdown would disrupt tourism and US-Mexico trade that totaled US$612 billion last year, according to the US Census Bureau. A shutdown could lead to factory closures on both sides of the border, industry officials say, because the automobiles and medical sectors especially have woven international supply chains into their business models.