By Associated Press and chinadailyhk.com 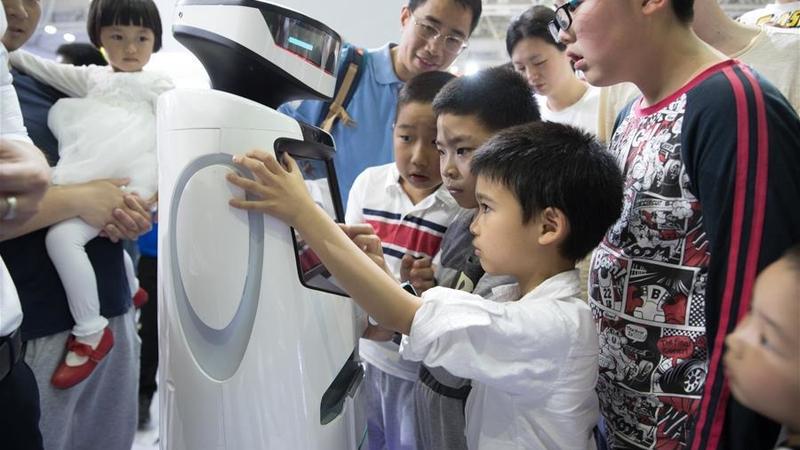 UNITED NATIONS/HONG KONG — Switzerland retained the No. 1 spot in the latest world ranking for economic innovation while Hong Kong climbed one spot to 13th from 14th in the ranking, according to The Global Innovation Index 2019 released Wednesday.

Now in its 12th edition, the index ranks 129 economies based on 80 indicators, from traditional measurements like research and development investments and international patent and trademark applications to newer indicators including mobile-phone app creation and high-tech exports.

Hong Kong's ranking was among the top three in the index's Southeast Asia, East Asia and Oceania category. The SAR also ranked high in market sophistication and infrastructure

The special administrative region (SAR)'s ranking was among the top three in the index's Southeast Asia, East Asia and Oceania category, and ranked high in market sophistication and infrastructure.

The report cited the Hong Kong SAR government's commitment of over US$13.5 billion to promote innovation and technology for its high ranking.

The report noted that the Hong Kong SAR plans to develop into a leading international innovation hub, benefiting from its position in Asia and its proximity and links to other parts of the Chinese mainland.

There are plans by the Chinese mainland and Hong Kong to further develop the Guangdong-Hong Kong-Macao Greater Bay Area as a major global innovation cluster, it added.

China, which jumped three spots from 17th to 14th position, has established itself "in the group of leading innovative nations" with its continuous rise, according to the report.

The index is sponsored by the UN World Intellectual Property Organization, Cornell University's SC Johnson College of Business and INSEAD, the graduate school of business with campuses in France, Singapore and Abu Dhabi.

The list keeps Switzerland in the No. 1 spot — a position it has held since 2011 — followed by Sweden, the United States, the Netherlands and Britain.

Israel climbed one spot to enter the top 10 for the first time at No. 10, becoming the first country from the northern Africa and western Asia region to crack the top group. South Korea edged closer to the top 10 at No. 11, up from No. 12.

Meanwhile, when comparing levels of innovation to economic development, India, Vietnam, Kenya and Moldova "stand out for outperforming on innovation relative to GDP for the ninth consecutive year — a record," according to the report.

China jumped three spots from 17th to 14th position, the report showed, adding that its continuing rise firmly establishes the country "in the group of leading innovative nations"

Other economies outperforming in innovation relative to their GDP include Costa Rica, Thailand, Georgia, the Philippines, Burundi, Malawi and Mozambique, the report showed.

The report singled out India, ranked No. 52, for continuing to be the most innovative economy in central and southern Asia. India consistently ranks among the top countries in the world in "innovation drivers" such as information and technology services exports, graduates in science and engineering, high quality universities, creative goods exports and "gross capital formation — a measure of economy-wide investments," according to the report.

Francis Gurry, director general of the World Intellectual Property Organization, said the gains on the index "by economic powerhouses like China and India have transformed the geography of innovation and this reflects deliberate policy action to promote innovation."

"In developed and developing economies alike, formal innovation — as measured by research and development and patents — and less formal modes of innovation are thriving," read the report.

According to the report, global expenditures on research and development have been growing faster than the global economy, with government expenditure rising about 5% in 2017 and business expenditure 6.7%.

But many countries still lack innovation in their economies. The 10 countries at the bottom of the index, in descending order, are Nicaragua, Madagascar, Zimbabwe, Benin, Zambia, Guinea, Togo, Niger, Burundi and Yemen.

"Innovation is blossoming around the world" despite an economic slowdown, brewing trade battles and high economic uncertainty, the report noted.

However, it also noted two concerns stand out that could slow growth in innovation.

First, public research and development expenditures "particularly in some high-income countries responsible for driving the technology frontier are growing slowly or not at all," according to the report.