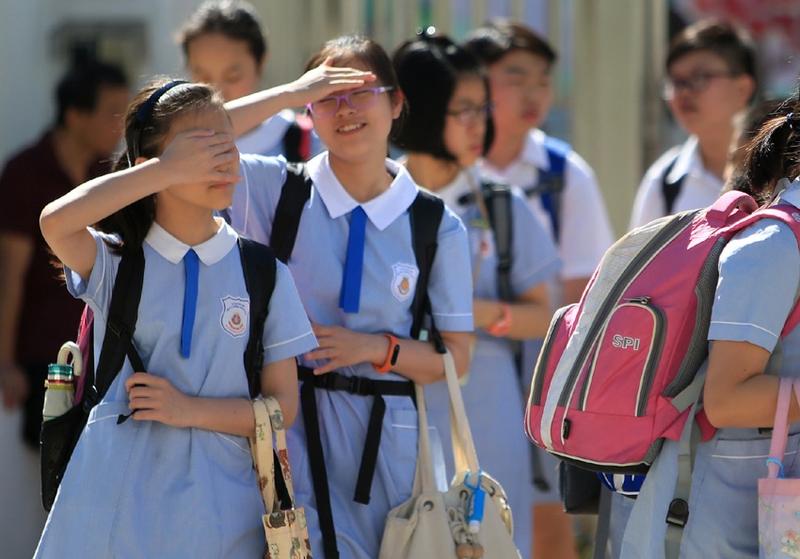 In this May 30, 2018 photo, some schoolchildren are seen coming out of their school after break in Hong Kong. The city's consumer watchdog has reported the presence of cancer-causing dyes in samples of school uniforms. (EDMOND TANG / CHINA DAILY)

HONG KONG – Two test samples of school uniforms available in Hong Kong were found to be containing cancer-causing dyes, posing health risks to schoolchildren, according to the city's consumer watchdog.

The Consumer Council's report, made available on Monday, said 49 uniform samples collected from 22 uniform suppliers were put to test. The samples include 10 shirts and as many trousers for boys and 29 different kinds of uniforms for the girls. Marked prices of these uniforms range from HK$20 per item to HK$280 per set.

The azo dyes that can release carcinogenic aromatic amines, 4-amino azobenzene, are found present in some fabric of two girls' uniforms – the checkered waist belt in one dress and three grey embroidered trimmings in another blouse, said the Consumer Council.

The concentration level of the harmful chemicals exceeded the Chinese mainland's standard – 20 mg per kg – by two-fold in the waist belt and by seven-fold in the trimmings.

The use of azo dyes in textiles was prohibited years ago in the Chinese mainland, Japan and European countries, the Council pointed out.

Another eight samples were found to contain irritant formaldehyde, also known as methanal (or methanol?), a chemical commonly found in strong-smelling household items such as paints and lacquers.

Formaldehyde can be absorbed by the human body skin while an excess amount can cause discomfort to the mouth, nose and skin.

Parents and consumers have been advised to wash new uniforms before use to minimize health risks, the council advised.

It also suggested that the government to devise relevant legislation to enhance consumer protection.