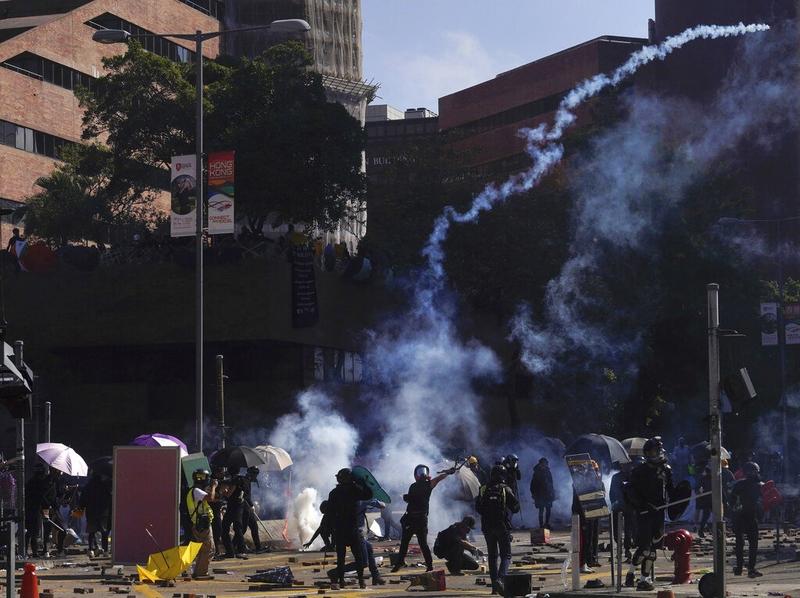 At Hong Kong’s most prestigious local schools, the admissions process can be brutally competitive. Demand for openings almost always exceeds supply, and children from the city’s upper echelons often get rejected.

READ MORE: Parents say no to campus politics in the SAR

But as violent anti-government demonstrations in Hong Kong intensify, some financial professionals who once coveted such schools for their kids are now steering them away. With children as young as 11 getting arrested for participating in the unlawful and violent protests, these parents -- a mix of locals and people from the mainland -- are worried that the city’s local system of government-run and subsidized schools has become far too politicized.

“We wanted our kid to focus on his education instead of becoming political,” said Janey Cheng, 34, who works in the insurance industry and recently scrapped plans to get her son into a highly competitive local school. She sent him to a private international one instead.

Interviews with other Hong Kong parents and education consultants suggest Cheng has plenty of company. ITS Educational Services Ltd, which helps families apply to schools, has seen a 30 percent surge in inquiries and applications to Hong Kong international schools and overseas boarding schools over the past year. At least a dozen families from the mainland who had planned to educate their children in Hong Kong are now looking at boarding schools in Thailand and Singapore, said Anne Murphy, an ITS director.

Hong Kong’s schoolkids have played a major role in the ongoing protests. But as the protests grow more violent and rhetoric on both sides of the political divide turns more extreme, an increasing number of parents are taking steps to insulate their children. 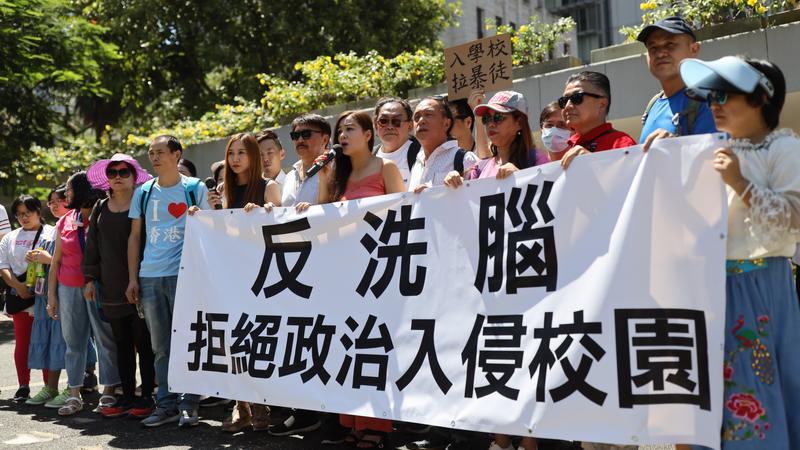 A group of about 60 Hong Kong parents stage a protest at the government headquarters in Admiralty on Sept 22, 2019 against campus politics that threaten to "brainwash" their children in schools. (PHOTO / CHINA DAILY)

While Hong Kong offers a wide variety of education options, the city’s schools can be broadly divided into two categories: local and international.

Local schools include those run by Hong Kong’s government as well as some private institutions that offer a government-recommended curriculum. Many of the teachers are from Hong Kong and classes are at least partially conducted in Cantonese.

International schools tend to follow an international baccalaureate curriculum or are modeled after overseas education systems like those of Britain and the United States. They usually have a higher proportion of expat students and teachers and are generally viewed as less influenced by local politics. They’re also a lot more expensive: the annual fee for primary-aged students at the prestigious Chinese International School exceeds HK$200,000 (US$25,500).

Parents cite varied reasons for growing wary of the local system. For some, particularly those from the mainland, the worry is that their kids will be pressured by peers and teachers to join the protests and risk being ostracized if they don’t.

“I’ve seen kids holding up signs against the police, but they are too young to understand politics,” said Li, a 36-year-old insurance broker who is among the roughly 1 million people who’ve moved to Hong Kong from the mainland over the past two decades. She’s applying to eight international schools for her 4-year-old son next year.

“I fear that the local teachers would spread ideas to the young children with their own prejudice,” said Li, who asked that her full name not be used because the topic is sensitive.

School administrators have been trying to prevent political tensions from spilling into their classrooms, but they haven’t always been successful, said Chiu Cheung-ki, chairman of the Hong Kong Direct Subsidy Scheme Schools Council.

The city’s education bureau disclosed last month that it received 58 complaints between mid-June and mid-September about teacher conduct related to the protests. It said two cases were substantiated, five weren’t, and the rest were under investigation.

Students at local schools have organized strikes, sit-ins and human chains on campuses, and in some cases have risked their lives in frontline clashes with police. Of the 3,440 protest-linked arrests between June 9 and Nov 7, police data show that 208 , or 6 percent, involved children under 16.

“They learn from online forums about how to negotiate with teachers and schools for permission to go on strike and also how to influence their classmates,” said John FTang, who teaches at a local secondary school where kids between 16 and 17 are the most active protest participants. “Students who don’t agree with this kind of behavior don’t talk about it, because it’s almost impossible to have discussions these days. The more radical students will shout and scold you if they can’t win over a debate.”

Thomas Chang, 34, who works at a foreign-exchange brokerage in Hong Kong, prefers to shield his children from the city’s divisive climate. He considered sending his younger daughter to a local school before the protests escalated, but has since opted for the international system and wants his kids to attend university overseas. “I don’t want my kids to be affected,” Chang said.