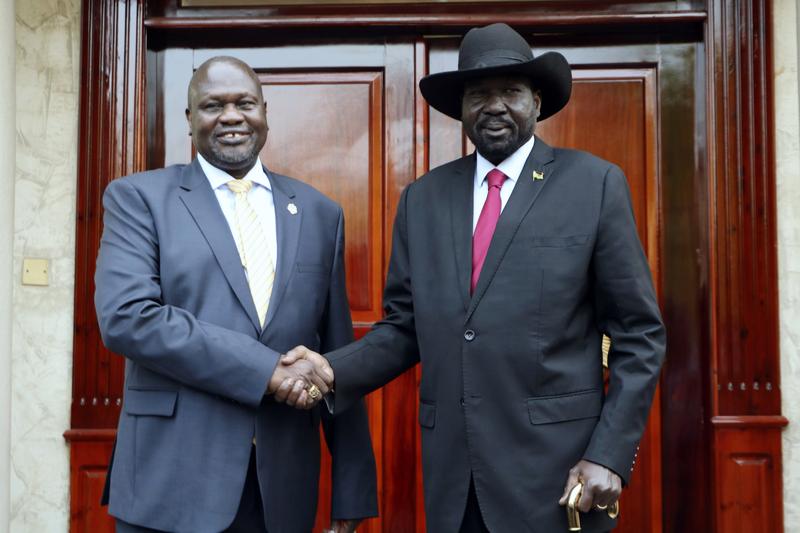 The two sides signed an initial deal after three days of negotiations in Juba, capital of neighboring South Sudan.

Sudan has been convulsed by rebellions in its far-flung provinces for decades, resulting in tens of thousands of people being killed.

Fighting in the western Darfur province has largely died down in recent years, but rebels and bandits are still active there as well as in the southern provinces of Blue Nile and South Kordofan.

The country's main rebel groups have observed a cease-fire since al-Bashir's overthrow in solidarity with the protest movement that mounted weeks of mass demonstrations before his ouster.

The power-sharing agreement between the military and the pro-democracy movement calls for the new government to make peace with rebel groups within six months. Talks are supposed to begin Oct 14, with the goal of reaching a final peace deal within two months, according to the initial agreement, a copy of which obtained by The Associated Press.

"Time of war is over for ever," Gen Mohammed Hamadan Dagalo, a member of the joint military-civilian sovereign council, said Wednesday.

Dagalo, better known as Hemedti, signed the initial agreement on behalf of the government. He is the leader of the paramilitary Rapid Support Forces, which grew out of the notorious Janjaweed militias.

The two sides agreed on trust building measures, including the release of all war prisoners. The military council that assumed power after al-Bashir's ouster has released dozens of war prisoners in the past weeks.

The makeup of a new legislative body and the appointment of regional governors would also be delayed until a deal is reached, the initial agreement said.

The rebels include the Sudan Revolutionary Front, which is an alliance of Darfur rebel groups. It is part of the pro-democracy movement.

Another rebel group is the Sudan People's Liberation Movement-North, which is active in South Kordofan and Blue Nile.

The government says achieving peace with the armed groups is key to its program to overhaul the Sudan's battered economy, contending that would allow a reduction in military spending, which takes up to 80% of the budget.