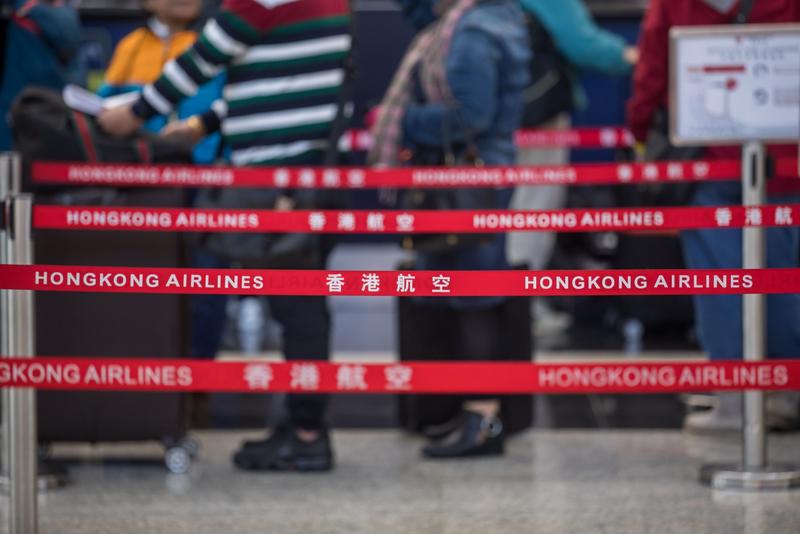 Hong Kong’s airlines face the prospect of further job cuts and even bankruptcies as protests stemming from the extradition bill incident continue to deter tourists from visiting the city, adding to the pressure on an industry already facing headwinds globally.

Cathay may have to cut as many as 1,000 jobs as the violent unrest deters visitors from the entire world, according to aviation consulting firm Endau Analytics

Things could get worse. Confiscating aircraft is often a prelude for an operational collapse, according to Paul Yong, an analyst at DBS Group Holdings Ltd. Cathay, meanwhile, may have to cut as many as 1,000 jobs as the violent unrest deters visitors from the entire world, according to aviation consulting firm Endau Analytics.

The crisis in Hong Kong — Asia’s busiest hub for international traffic — is another headwind for a global airline industry whose profits have already been hit by slowing economic growth and trade wars. While Cathay and its units — Cathay Dragon and Hong Kong Express — have scaled back flights to cope with the slide in passengers, further unrest could require more drastic responses. 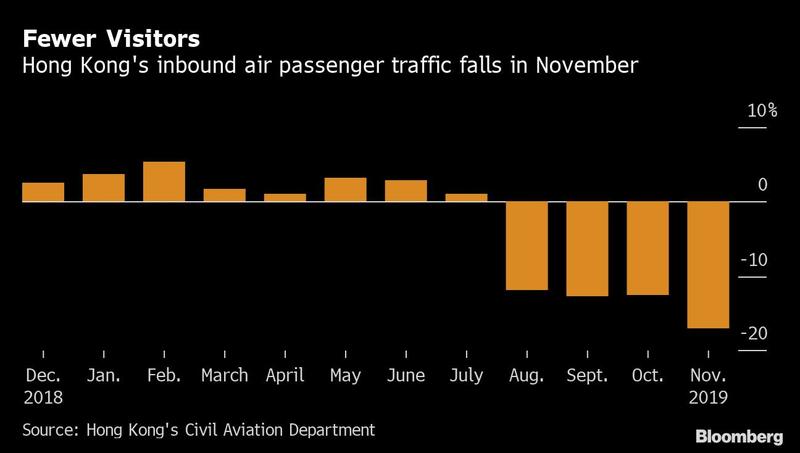 “They will have to take precautionary steps and one of them would be shedding jobs,” said Shukor Yusof, founder of Endau Analytics. “There is no clear resolution for what’s happening there.”

It’s not just airlines. Dwindling visitors — arrivals to Hong Kong plunged 44% in October, the biggest drop in more than 15 years — have had a rippling effect. A local association has warned job losses at retailers could climb to records. Falling tourism has also hit hotels and Disneyland.

But the aviation market stands out as Hong Kong remains the world’s most popular travel destination for international visitors despite the unrest, according to Euromonitor International.

Cathay last month warned that second-half results will be significantly lower than the first and that the situation in Hong Kong was incredibly challenging. Its shares are wallowing near a decade-low. Hong Kong Airlines, which has said its operations remain normal even after the planes were seized, was pushed to the brink this month when regulators threatened to revoke its license if it didn’t raise more cash. 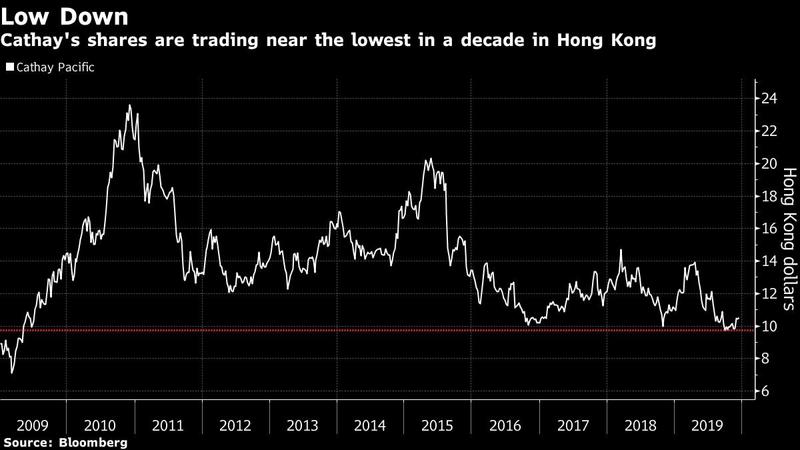 Asked to comment on potential job cuts, a Cathay representative referred to past statements about the company freezing hiring. Hong Kong Airlines said it doesn’t comment on market rumors and that the company is operating normally.

There’s no end in sight for the unrest that’s flared since June, roiling the city’s economy and hurting its airlines. Hong Kong’s Civil Aviation Department said passenger arrivals to its airport slumped 17% from a year earlier to 2.49 million in November, falling for a fourth straight month.

The biggest concern for Cathay is that the sharpest drop in traffic has come from the mainland, the primary source of visitors to the city. The company generates almost half of its revenue from operations from Hong Kong and the Chinese mainland.

Airlines flying into Hong Kong have also cut capacity and services as demand weakened. China Eastern Airlines Corp, Virgin Australia Holdings Ltd and PT Garuda Indonesia are among those who have suspended some flights to the city

Cathay cut 600 jobs in Hong Kong as part of its three-year transformation program that started in 2017 to thwart competition from mainland carriers, which have been adding more direct flights to the US and Europe and reducing Hong Kong’s position as a transit hub for Chinese mainland travelers. The airline is finalizing further cost management and efficiency measures, according to a memo sent to staff last month.

The situation is even worse at Hong Kong Airlines given that it was already facing liquidity crunch even before the protests, CAPA Centre for Aviation said in a report. While the airline has met conditions set by Hong Kong regulators to stay in business, “the current environment will not make things any easier,” CAPA said.

Airlines flying into Hong Kong have also cut capacity and services as demand weakened. China Eastern Airlines Corp, Virgin Australia Holdings Ltd and PT Garuda Indonesia are among those who have suspended some flights to the city.

Andrew Lee, an analyst at Jefferies Hong Kong Ltd, recently wrote that Cathay may report a loss of HK$973 million (US$124 million) in the second half because of weak travel demand. The company posted first-half net income of HK$1.35 billion.

The 1.4% capacity cuts Cathay announced for next year following reductions in November and December may not be enough, said UOB Kay Hian Pte analyst K. Ajith.

“What they are probably trying to do is reduce their cash burn,” Ajith said. The company may need to raise more funds next year as HK$15 billion in debt matures and there are needs for capital expenditure, he said.

Cathay has deferred deliveries of four Airbus SE A321neo and A320neo aircraft for its Cathay Dragon and Hong Kong Express units next year, according to a presentation for analysts in November. It will also accelerate the retirement of two planes.

“It’s not just a Cathay problem,” Shukor at Endau Analytics said. “The whole of Hong Kong has been affected. Their future is not in their hands anymore.”