Israel's Netanyahu says he will seek immunity in graft cases 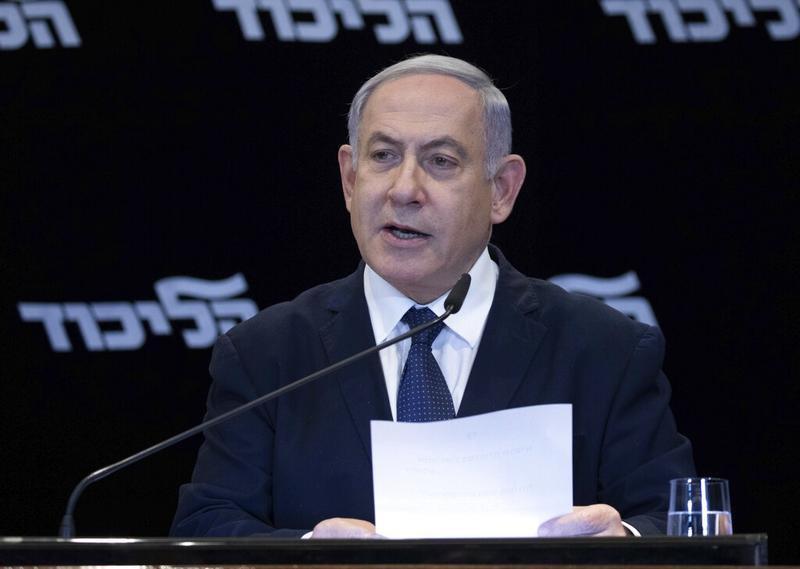 JERUSALEM - Israeli Prime Minister Benjamin Netanyahu said on Wednesday he would ask parliament to protect him from prosecution in the three graft cases he faces, a politically-risky move that could delay criminal proceedings against him for months.

Netanyahu was indicted in November on charges of bribery, fraud and breach of trust over allegations he granted state favors worth hundreds of millions of dollars to Israeli media barons in return for gifts and favorable coverage.

A trial cannot get under way once an immunity request is made. Netanyahu was indicted in November on charges of bribery, fraud and breach of trust

He denies any wrongdoing, saying he is the victim of a witch hunt by the media and left to oust a popular right-wing leader.

A trial cannot get under way once an immunity request is made, and Netanyahu announced the move in a speech on live television just four hours before a deadline for an application was to expire.

Netanyahu said in his address that the charges against him were politically motivated and he was entitled to parliament's protection.

"In a democracy, only the people decide who will lead them," said Netanyahu, who has been in power consecutively for the past decade and has likened the indictment against him to an attempted coup.

Under Israel law, a legislator seeking immunity can do so on numerous grounds that include an argument that the prosecution is not acting in good faith.

Had Netanyahu not filed the request by Wednesday's deadline, the indictment against him could have been submitted to a court as early as Sunday, setting proceedings in motion.

Amid deep political deadlock, parliament seems unlikely to decide the issue before Israel's March 2 election. Netanyahu will need the support of 61 of its 120 legislators for immunity to be granted, the same majority that eluded him in attempts to form a government after national ballots in April and September.

If immunity is ultimately granted — entitling Netanyahu to avoid standing trial as long as he is a member of parliament — Israel's Supreme Court is empowered to review the decision and strike it down.

Netanyahu's immunity request carried political risks, adding more ammunition to challengers who seek to portray him as an autocratic leader who sees himself as above the rule of law and who represents a danger to Israel's democratic and judicial foundations.

ALSO READ: Attorney general: Netanyahu not obliged to step aside after indictment

Responding to Netanyahu's speech, his main rival, Benny Gantz, a former armed forces chief who heads the centrist Blue and White party, said the prime minister was "jeopardizing the civic principle upon which we were all educated — that everyone is equal before the law".

Recent opinion polls have shown neither Blue and White nor Netanyahu's Likud party are within easy reach of a governing bloc in parliament in an election now two months away.