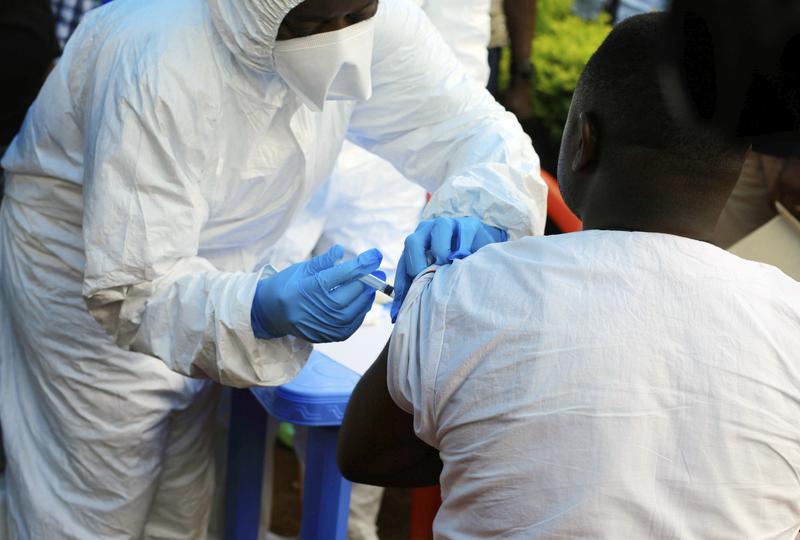 The outbreak in eastern Congo's North Kivu province has now spread to neighboring Ituri province, where a person who was a confirmed case died after returning home from the flare-up's epicenter in the North Kivu town of Mangina, the ministry said in a statement.

Five new cases have been confirmed, the statement said, bringing the total number of cases to 57 -- 30 confirmed and 27 that are considered probable. Forty-one people are believed to have died in all from the hemorrhagic fever.

The mAb114 treatment was developed in the United States by the National Institutes of Health using the antibodies of the survivor of an Ebola outbreak in the western Congolese city of Kikwit in 1995.

It was 100 percent effective when tested on monkeys.

The ministry said that several other experimental treatments have arrived in the regional hub of Beni and are awaiting approval from an ethics committee, including Remdesivir, Favipiravir and REGN3450, REGN3471 and REGN3479.