UN official urges LatAm to make most of B&R Initiative 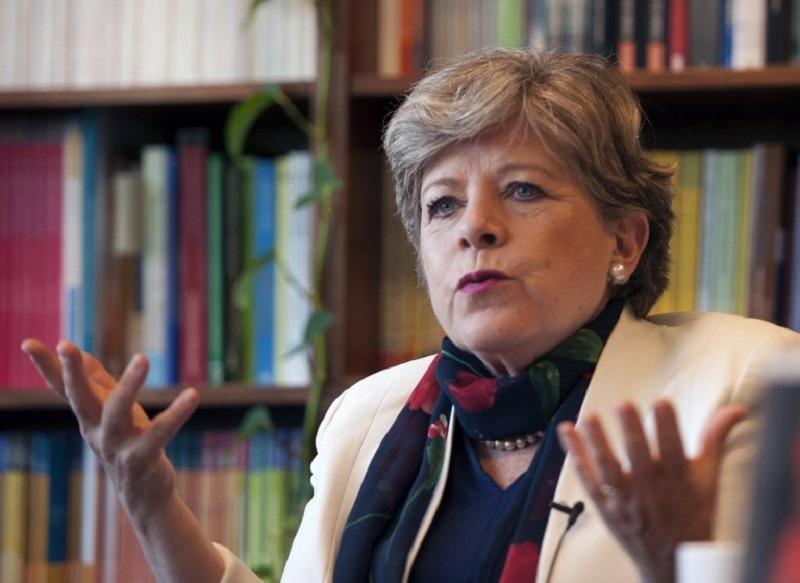 UN Executive Secretary of the Economic Commission for Latin America and the Caribbean (CELAC), Mexican biologist Alicia Barcena, speaks during an interview in Santiago on Jan 26, 2015. (VLADIMIR RODAS / AFP)

SANTIAGO - Member countries of the Community of Latin American and Caribbean States (CELAC) should work more closely together to take advantage of the opportunities offered by China's Belt and Road Initiative, said a UN official.

Alicia Barcena, executive secretary of the Chile-based Economic Commission for Latin America and the Caribbean (ECLAC), spoke with Xinhua about the potential for cooperation between China and the 33-member CELAC, Latin America's largest regional bloc.

Proposed in 2013, the Belt and Road Initiative aims to achieve policy, infrastructure, trade, financial and people-to-people connectivity along and beyond ancient Silk Road trade routes, thus building a new platform for international cooperation to create new drivers of growth.

"Latin America is very interested in forming part of this initiative," said Barcena.

Latin America is very interested in forming part of this initiative

Another opportunity to boost China-CELAC cooperation is coming up as the second ministerial meeting under the framework of China and the Forum of Community of Latin American and Caribbean States, or the China-CELAC Forum, opened Friday in Santiago and will last till Monday, with the Belt and Road Initiative as one of its main themes.

The second China-CELAC Forum serves to update the relationship between the two sides in light of China's new role in global affairs.

"Conditions have changed in the past three years. China has transformed into a more important political player in multilateral aspects," Barcena said, noting that China is committed to climate change policies and environment protection, as well as changing its consumption structure.

"I would say the time has come for joint investment. The time has come for our negotiators and business leaders to take a seat at the table and jointly invest in Latin America's energy, mining, science, technology and digital sectors," said the ECLAC's chief.

As to where to begin this joint investment, Barcena said that there are several areas in which they could launch important businesses.

"China has increased its foreign direct investment in Brazil in a very concrete field, electricity. I think joint investment in solar energy here in Latin America would be ideal. Perhaps Chile could become the exporting hub for Chinese-Chilean solar energy products," she said.

"Agriculture is another great area" for joint investment, said Barcena.

The ECLAC chief recommended that China work with subregions and sectors to facilitate its cooperation with the CELAC.

She sees more areas of opportunity with South America than with the rest of the region, because "those countries are prepared to increase exchanges with China, which in the past decade grew 22-fold."

Regional blocs, such as the four-member Pacific Alliance gathering Mexico, Colombia, Peru and Chile, represent another instance of integration that can promote cooperation.

"Pacific Alliance countries ... I believe have made more progress (towards integration) and are making concrete proposals, such as joint marketing schemes, to be able to export some products as a group to China. But I think there is still much progress left to be made," said Barcena.

In the meantime, regional countries could help promote a more cohesive approach to cooperation by organizing negotiations on concrete proposals in key sectors, such as energy, tourism, mining and others, she said.

Barcena said she was optimistic about future China-CELAC ties, given the progress made within the framework of the initial 2015-2019 cooperation plan signed in 2015 in Beijing.

According to the plan, China aims to achieve US$500 billion of bilateral trade with Latin America and the Caribbean and pump into the region US$250 billion of direct investment.

Today "we can say that trade has increased to around US$266 billion. We are halfway to the target that was set out," noted Barcena.