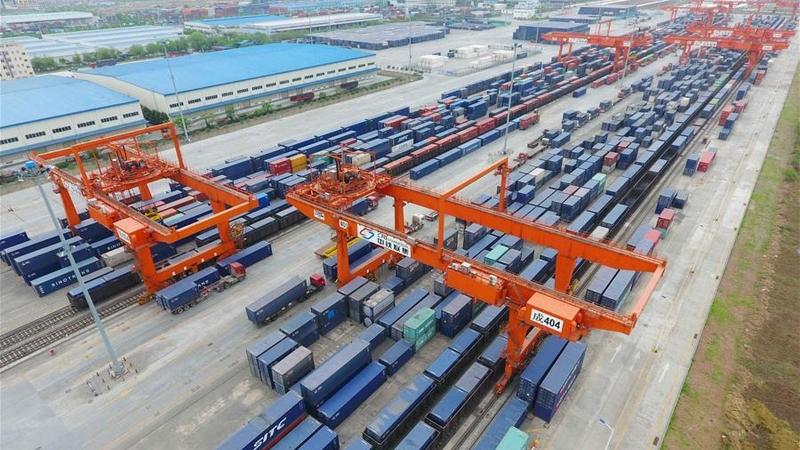 BUENOS AIRES - Chinese President Xi Jinping on Friday met with Japanese Prime Minister Shinzo Abe in Buenos Aires on the sidelines of the G20 summit and they agreed to step up negotiations for two regional free trade deals.

Noting that Abe paid a successful visit to China earlier this year, Xi said that the consensus reached during the visit is being implemented and that China-Japan relations have taken on a new look.

The two sides should set the right direction and open up new prospects for the China-Japan relationship on the basis of the four political documents undergirding their ties, said Xi.

The development of China-Japan relations now enjoys more favorable conditions than in the past, and there is great potential for their practical cooperation on trade and economy, said Xi.

China welcomes Japan to continue to take part in China's reform and opening-up process and seize new opportunities arising from China's growth, said Xi, adding that the two sides should give full play to their economic complementarity and increase the scope and depth of bilateral cooperation.

Xi said the two sides should work together to complete as early as possible the negotiations over the Regional Comprehensive Economic Partnership (RCEP) and the trilateral free trade agreement (FTA) among China, Japan and South Korea.

The RCEP is a proposed FTA between the 10 member states of the Association of Southeast Asian Nations (ASEAN) and the six FTA partners of ASEAN -- China, Japan, South Korea, Australia, New Zealand and India.

Measures should be taken to increase people-to-people exchanges so as to consolidate the social foundation and public support for China-Japan ties, said Xi.

The two sides should also properly handle various major sensitive issues so as to prevent them from disturbing the growth of bilateral relations, said Xi, adding that China supports Japan in hosting a successful G20 summit next year.

Abe said he was glad to see the two sides reach important consensus on bilateral relations in the new phase during his October visit to China, and that the Japanese side will continue to work with China to promote Asia's development.

Japan values China's important role on the world stage and hopes to enhance communication and coordination with China on multilateral affairs, said Abe.

Japan advocates safeguarding free trade and the multilateral trading system with the World Trade Organization as its core, said Abe, pledging to accelerate negotiations over the RCEP and the China-Japan-South Korea FTA.

He added that his country looks forward to strengthening cooperation with China during Japan's presidency of the G20.