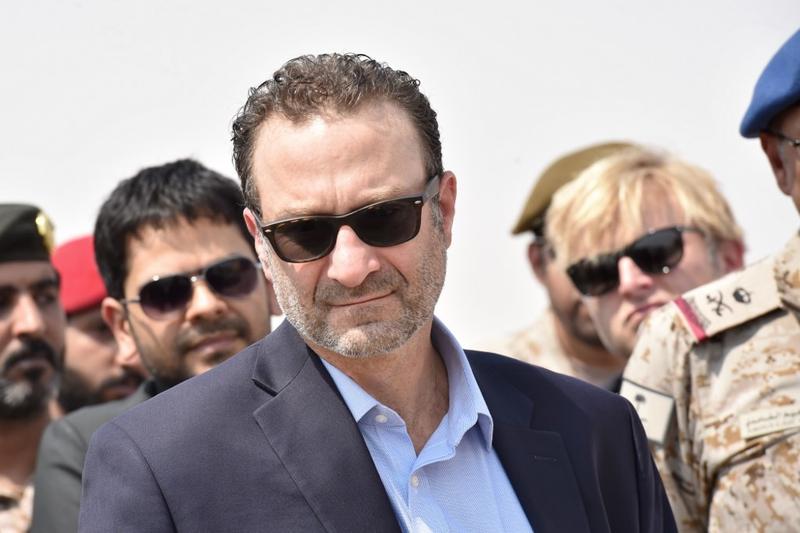 US Assistant Secretary of Near Eastern Affairs David Schenker (center) visits at military base in Al-kharj in central Saudi Arabia, on Sept 5, 2019. (FAYEZ NURELDINE /  AFP)

BEIRUT — US Assistant Secretary of State for Near Eastern Affairs David Schenker ruled out the possibility of holding negotiations with Hezbollah but the US hopes to reach talks with Iran, Lebanon's media reported on Wednesday.

"Negotiations with Hezbollah are impossible but the US wants to hold talks with Iran hoping that this latter would curb its production of nuclear weapons," Schenker was quoted as saying by Elnashra, an online independent newspaper.

David Schenker, US Assistant Secretary of State for Near Eastern Affairs

Schenker said that the US is not aiming to wage a war against Iran or even change the government.

"What we want is only a change in its behavior," he said.

The US diplomat added that the United States will impose sanctions on all those who support Hezbollah regardless of their religions.

"The US sanctions on Iran have a great impact on Hezbollah especially when it comes to securing the salaries of the party's members and the funding of its needs," he said.

The United States issued on Tuesday sanctions against four members of Hezbollah, including a man close to the party's leader Sayyed Hasan Nasrallah.