By Cui Jia in Beijing and Xie Chuanjiao in Qingdao 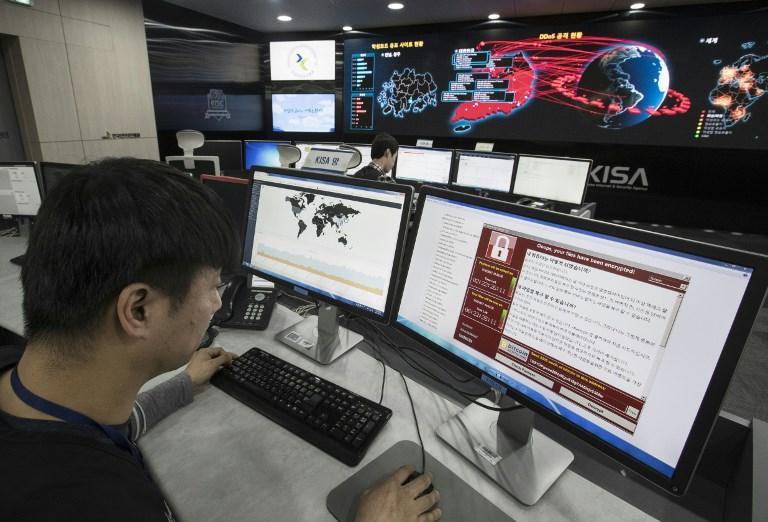 A photo taken on May 15, 2017 shows staff monitoring the spread of ransomware cyber-attacks at the Korea Internet and Security Agency (KISA) in Seoul More cyberattacks could be in the pipeline after the global havoc caused by the Wannacry ransomware. (YONHAP / AFP)

They also said China must be able to handle similar and even worse attacks in the future.

"WannaCry has no specific target. All Windows users are potentially the targets of the highly infectious virus. It has caused enormous panic among people around the world because it poses a direct threat," said Liu Xinran, deputy director of the National Computer Network Emergency Response Technical Coordination Center.

He made the remarks during the center's 2017 annual conference in Qingdao, Shandong province, held Monday to Wednesday.

WannaCry, exploiting a security loophole in Windows, blocks users from accessing their own files. It encrypts data and system files, which the user can then access only by paying $300 in online bitcoin currency within seven days.

The attacks peaked between May 13 and 14 in China. Some gas stations run by China National Petroleum Corp in several cities could not process card and mobile payments because of the ransomware.

"It's really difficult to calculate the exact damage the virus has caused in China because it disrupts the normal functions of many organizations, which can hardly be quantified," said Yan Hanbing, director of the operation department at CNCERT, as the response team is known.

Chen Zhaoxiong, vice-minister of industry and information technology, said that as internet-based services have been deeply integrated into people's daily activities, such attacks now have more effect on people's lives than just interrupting cyberspace.

Threats of such attacks already represent severe security threats to key sectors including finance, transportation and energy in China, he added.

"WannaCry is just a warning sign. We need a better defense and warning system for severe attacks that are beyond our imagination in the future," said Yang Peng, a senior engineer at the center.

"China will be in great danger if similar viruses are used by other governments to start a cyberwar," he said.

Large corporations cannot afford to have cybersecurity loopholes caused by poor management because it matters to national security, Yang said.

Some corporations in key sectors were completely unaware that hackers implanted a virus in their system three years ago and their data had already been stolen, he added.