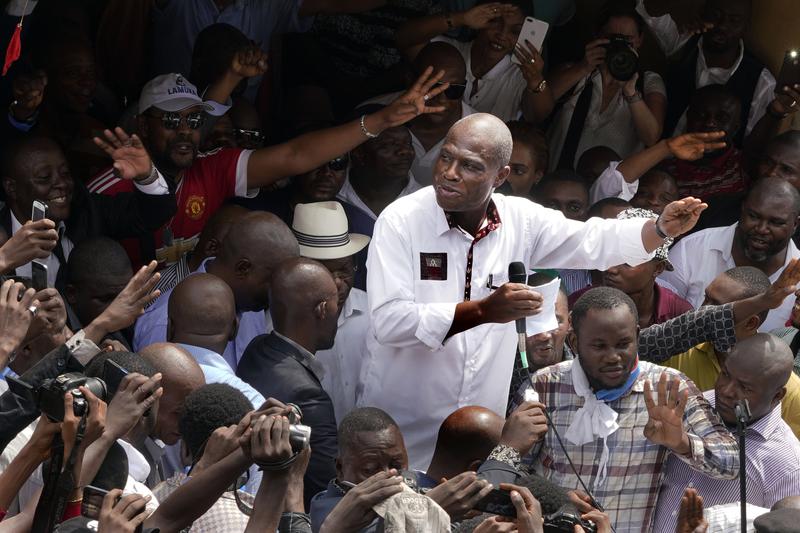 ADDIS ABABA/KINSHASA — The African Union on Thursday called on Democratic Republic of Congo to suspend the release of the final results of its disputed presidential election due to its doubts over the provisional results.

The rare move from the group injects fresh uncertainty into the post-election process, which was meant to usher in the country's first democratic transfer of power in 59 years of independence, but has been mired in controversy since the Dec 30 vote.

The final tally is scheduled to be released by the election commission once the constitutional court has ruled on challenges to the provisional results on Friday, but the union called for this to be postponed following a meeting in Addis Ababa.

"The Heads of State and Government attending the meeting concluded that there were serious doubts on the conformity of the provisional results as proclaimed by the National Independent Electoral Commission, with the verdict of the ballot boxes," it said in a statement.

A Western diplomat, speaking on condition of anonymity, said the decision was unprecedented. "I cannot remember another instance where the AU called for a suspension of certification of results."

The Congolese foreign ministry declined to comment on the union's statement and the office of President Joseph Kabila could not immediately be reached.

Opposition leader and election runner-up Martin Fayulu has requested the recount, claiming he won by a landslide and that the victory of another opposition figure, Felix Tshisekedi, was engineered by the authorities. Election officials deny the results were rigged.

The dispute risks further destabilising the volatile Central African country, where previous elections have been followed by violence.

Earlier on Thursday, the Southern African Development Community (SADC) eased pressure on Congolese authorities by backing off earlier calls for a recount.

Following an emergency meeting, the 16-member bloc said they would not push for one and called on the international community to respect the Congolese electoral process.

Fayulu, a former Exxon Mobil manager, says Tshisekedi, who is the president of Congo's largest opposition party, struck a deal with outgoing president Kabila to be declared winner. Tshisekedi's and Kabila's camps deny that.

But unrest, disorganisation and corruption have left many in poverty and dissatisfied with Kabila's rule. 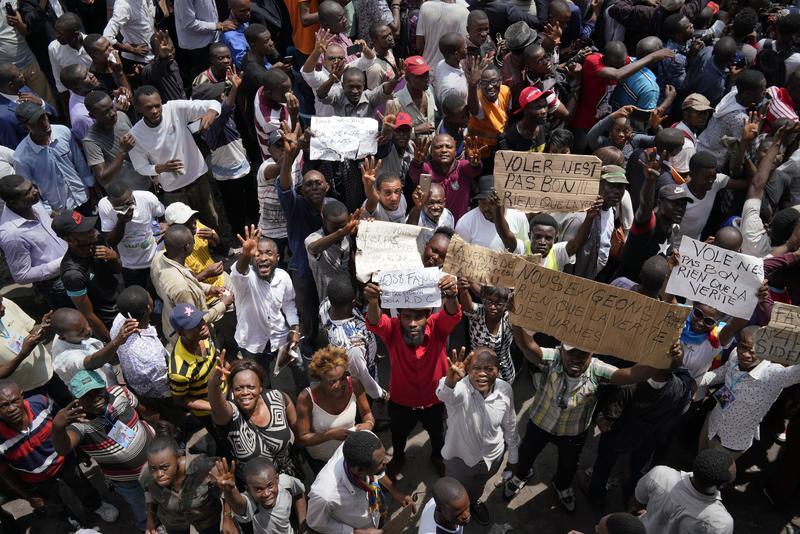 Supporters of spurned Congo opposition candidate Martin Fayulu holds placards reading "Stealing is not good, only the truth" and "We demand the truth of the ballot boxes" before he addressed them in Kinshasa, Congo, Jan 11, 2019. (JEROME DELAY / AP)

Fayulu has said he is not confident he will win on Friday before the nine-judge Constitutional Court, which he considers friendly to Kabila.

The United States on Wednesday kept up the pressure on Kinshasa, vowing to "hold accountable" anyone who undermines democratic processes.

Domestic election monitors noted a range of voting irregularities, and the Catholic Church said official results are inconsistent with its own tallies. Three diplomats briefed on the Church's findings said they show that Fayulu won a clear victory.

In a report on Thursday, domestic election observer mission SYMOCEL called on the national electoral commission to publish results for each of the more than 50,000 polling stations.

SYMOCEL also said that the commission had relied on results taken from voting machines with USB sticks rather than hand-counted tallies in legislative and provincial assembly elections held the same day, in violation of electoral law.

Kabila's ruling coalition won a clear majority in those elections, which could undermine the next president's ability to make a break with the outgoing president's 18-year tenure.