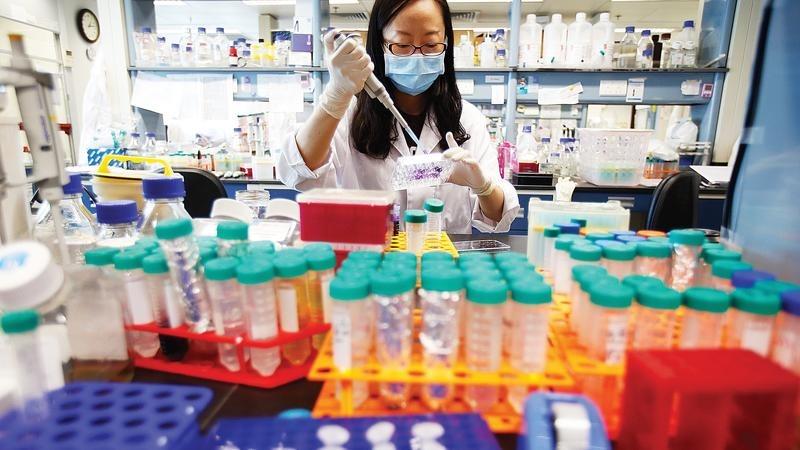 National legislators from Hong Kong hold the opinion that the nation’s science and technology development requires stronger support in terms of policies and funds, especially for young researchers and their projects. (ROY LIU / CHINA DAILY)

The nation’s science and technology development requires stronger support in terms of policies and funds, especially for young researchers and their projects, national legislators from Hong Kong said on Thursday.

They made the remarks during an open-door meeting of the Hong Kong delegation to the National People’s Congress, the country’s top legislature, in Beijing. They were deliberating on Premier Li Keqiang’s latest Government Work Report.

Detailed policies should be in place to encourage young teachers and post-doctoral graduates to participate in projects at other universities; they should not spend their entire academic careers at one institution

Wong Yuk-shan, a Hong Kong deputy and a biological scientist, said he was delighted to see that the report stressed the importance of basic research to the nation and pledged to increase the proportion of indirect funding for basic research projects.

Detailed policies should be in place to encourage young teachers and post-doctoral graduates to participate in projects at other universities; they should not spend their entire academic careers at one institution, said Wong, who is also president of the Open University of Hong Kong.

This would help unleash young researchers’ creativity and passion, he added.

And it will also minimize the possibility of projects being developed up by personal networks rather than the ability of researchers, explained Wong.

Young researchers should be entitled to a certain amount of funds to initiate their research, Wong said. Whether follow-up funds will be given can be decided in the following stages of their research, he explained.

All the above measures are to ensure young scientists focus on their research, without worrying about their academic careers and putting excessive effort on networking, Wong said.

Basic research refers to scientific activities focused on nature of the universe and its relevant theories. It provides the basis of applied research.

The Guangdong-Hong Kong-Macao Greater Bay Area has every element needed for sci-tech development. Another Hong Kong deputy and member of the Chinese Academy of Sciences, Nancy Ip Yuk-yu, also stressed the Bay Area’s sound foundation in science and technology.

“The scientific and industrial resources of the region should be fully utilized to strengthen basic research and also achievements in the laboratory,” she said.

However, few universities in the mainland cities of the Bay Area perform well in both comprehensive rankings and specific subjects, said Ip, who is also vice-president for research and graduate studies at the Hong Kong University of Science and Technology.

She believes universities in Hong Kong can serve as examples to advance the development of higher education across the 11-city cluster.

Senior officials from the National Development and Reform Commission also attended the meeting.