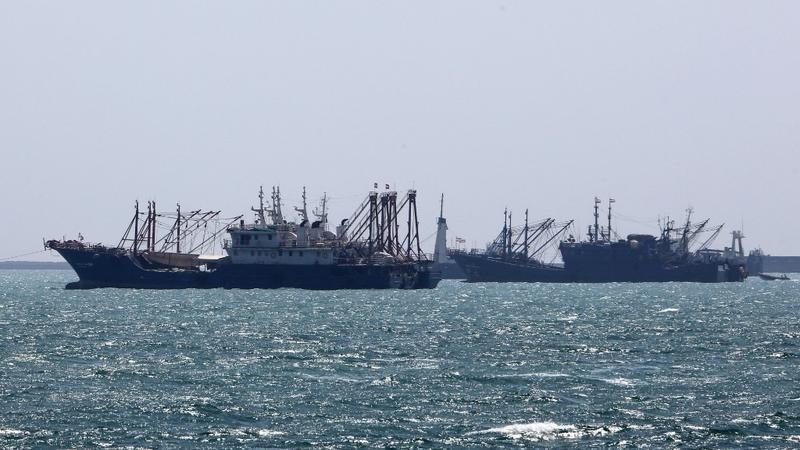 TOKYO - Japan is working on a plan to send about 270 seamen to the Middle East to guard ships supplying Japan under a law that allows military deployments for research and intelligence gathering, the Nikkei business daily reported.

The Nikkei said the government would propose deploying one escort ship and a patrol aircraft from the Maritime Self-Defense Force on a one-year mission that could be renewed annually. It plans to finalize the plan by year-end, the Nikkei said.

According to Chief Cabinet Secretary Yoshihide Suga, Japan's top government spokesperson, Japan has said it is in close coordination with Iran with Japanese Prime Minister Shinzo Abe having already explained the potential plan to Abbas Araghchi, Iran's deputy foreign minister for political affairs, during their meeting in Tokyo on Tuesday.

The Nikkei said the government would propose deploying one escort ship and a patrol aircraft from the Maritime Self-Defense Force on a one-year mission that could be renewed annually. Chief Cabinet Secretary Yoshihide Suga said that the Gulf of Oman has been chosen as possible locations for its SDF to be based

Suga added that Abe had explained to Araghchi, who serves as a special envoy of Iranian President Hassan Rouhani, that Iran needs to ensure that ships can navigate freely in the region, due to its position in the Persian Gulf.

Suga sad that the Gulf of Oman has been chosen as possible locations for its SDF to be based.

If realized, the potential deployment would be a U-turn from Japan, which said earlier in the year that it had no plans to deploy its SDF to the region, despite current tensions, with the nation's pacifist constitution also providing a potential stumbling block to the possible deployment.

ALSO READ: Japan won't join US coalition, to send own troops to Hormuz

Japan maintains friendly ties with both the United States and Iran, and has said it would not join any US coalition to protect merchant vessels in the region.

The Nikkei also reported that Prime Minister Shinzo Abe is considering a January visit to the Middle East, including Saudi Arabia and the United Arab Emirates.

Tensions have been rising in the Middle East following the United States pulling out of a 2015 international nuclear accord and slapping fresh sanctions on Tehran.

Among other incidents, in June, a Japanese-owned tanker was attacked near the Strait of Hormuz, a vital global shipping artery.

In July, however, Japan said it had no plans to deploy members of the SDF to the Middle East, as there had been a lull in attacks on commercial vessels near the Strait of Hormuz.

While it is a key gateway for oil from the Middle East to reach resource-poor Japan, its pacifist constitution, as opposition party lawmakers have pointed out, may prevent Japan from sending troops to a potentially active theater, despite Abe's unpopular and yet-to-be-realized push to amend Japan's Supreme Charter and expand the global footprint of Japanese forces.

Article 9 of the constitution states that Japan forever renounces war as a means to settle international disputes and also prohibits Japan from maintaining war potential.

Japan has, prior to announcing its U-turn in considering to deploy its forces, been ardently urging Iran to abide by commitments it made under a 2015 nuclear agreement with several world powers and not take further steps that could potentially damage the accord.

Following the US' pullout of the nuclear accord inked in 2015 between Iran and six major powers and restoring sanctions on Iran, Tehran said it planned to keep more enriched uranium than is permitted under the pact.

Tensions, thereafter, have risen in the Middle East, with the US sending carrier forces, B-52 bombers, as well as armed forces to the Gulf.

Japan is the world's fourth-largest oil importer and relies heavily on the Middle East for the majority of its crude oil.

As for Iran's reaction to Japan's potential move, Araghchi told Japan's public broadcaster NHK on Tuesday that Tehran doesn't believe that the presence of any foreign forces in the region would help boost stability, security or peace.

Araghchi also said that he had conveyed Iran's stance to Abe when the pair met.

He said that US policies are the root cause of escalating tensions in the Middle East and criticized the US for imposing "maximum pressure" on Iran and the US’ withdrawal from the 2015 nuclear agreement, NHK said.