Snapshots of the Qin era

An exhibition of relics from the ancient town of Liye provides a deeper understanding of life then, Lin Qi reports. 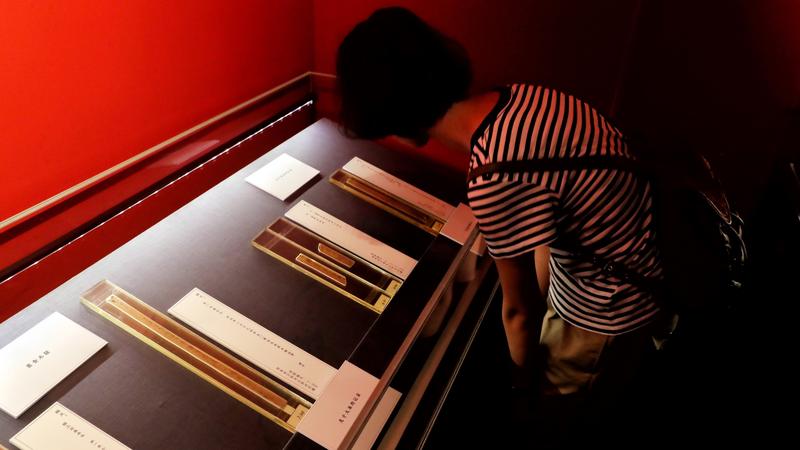 A visitor views Qin slips at the ongoing exhibition, A Tale of A Small Town, at the National Museum of China in Beijing. (JIANG DONG / CHINA DAILY)

Like in some other parts of the world, small children in China are encouraged to recite the multiplication table. But few know when the formula first appeared in China.

During an excavation in 2002, a wooden slip was unearthed from a well at a 2,200-year-old relic site in the mountainous Liye town, Longshan county, Hunan province. The front and back of the slip contain the formula in Chinese characters, which is believed to be the earliest and most complete such model in the country.

The slip was among some 38,000 bamboo and wooden pieces found in the well and dates to the Qin Dynasty (221-206 BC), China's first unified empire that was powerful but short-lived.

The discovery of these slips, as well as other excavations at the Liye relic site, is deemed one of the most important archaeological findings in China since the beginning of the 21st century. 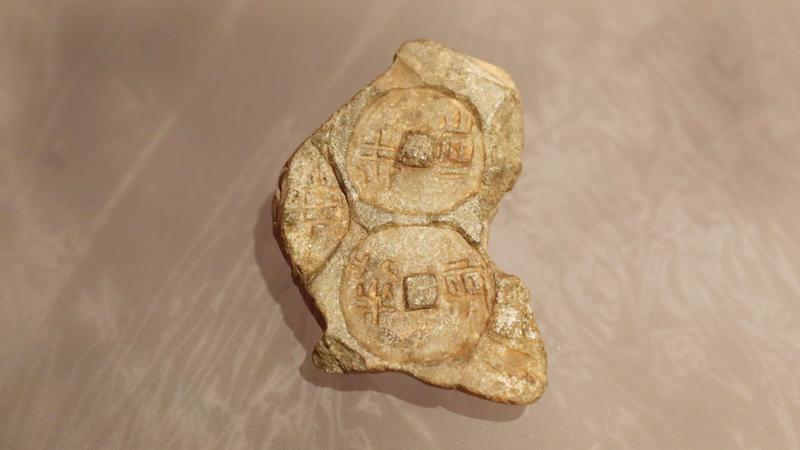 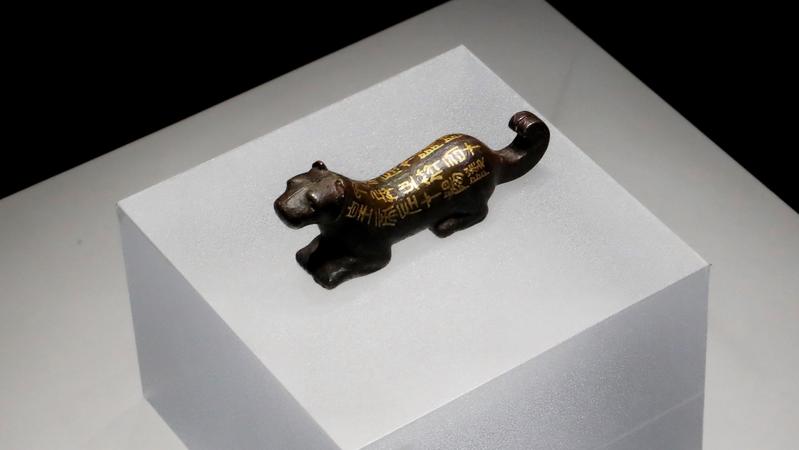 A tigershaped tally of the Qin era from the collection of the National Museum of China. (JIANG DONG / CHINA DAILY)

It is not only because the Liye slips were 10 times the total number of Qin slips discovered in other parts of China before, but also because the Liye slips bear more than 200,000 characters, documenting the political, economic and social aspects of Liye life, a riverside military fortress during Qin rule. The relics are helping historians to understand more about the dynasty's bureaucracy and economic systems, as written records about Qin were previously unclear.

After years of decoding and interpreting the information on the slips, researchers from Hunan are now sharing some of their findings about the Qin era with a display of some 175 slips at A Tale of A Small Town, an exhibition at the National Museum of China in Beijing that runs through Sept 6.

These objects are from the collections of the Hunan Provincial Institute of Archaeology in Changsha and the Liye Qin Slips Museum near the relic site. Bamboo and wooden slips were the primary media for texts before paper was invented by Cai Lun, an official of the Eastern Han Dynasty (25-220).

Pieces from the collection of Liye slips, which have been cleaned, date from 222 BC to 208 BC, unfolding a panoramic view of administrative management at the prefecture level then, as well as epitomizing the area's social life. It is through these tiny slips and glimpses of a small town's past that people today are able to get a bigger picture of the rise and fall of Qin rulers. 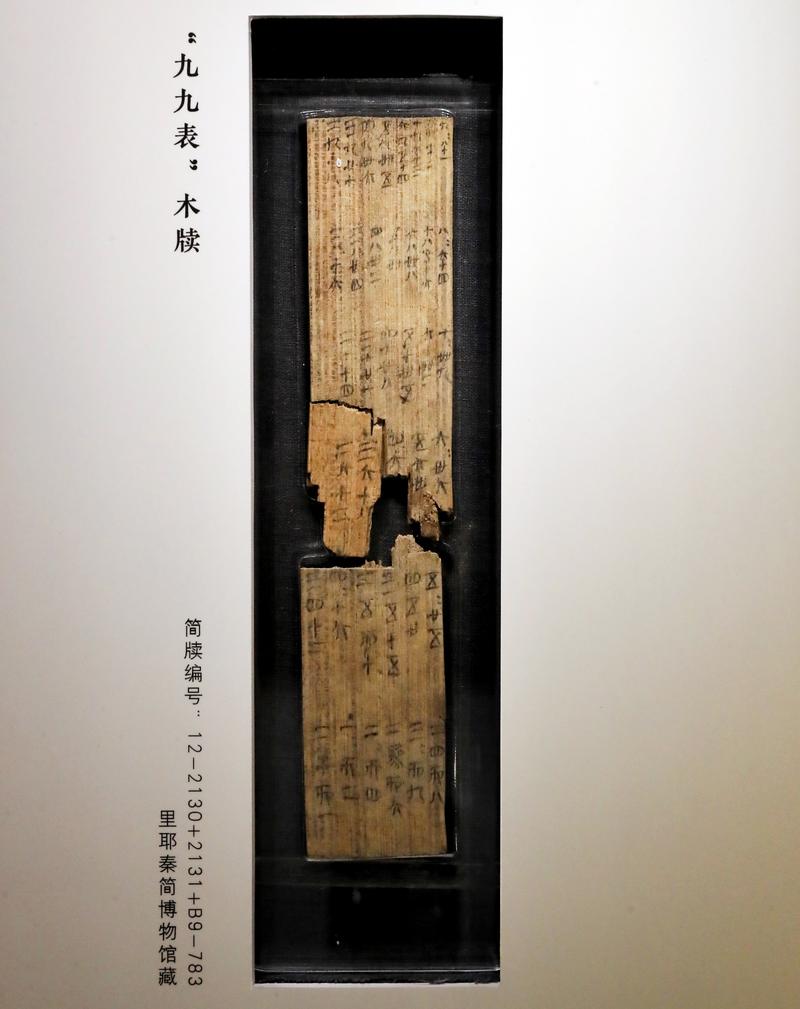 Archaeologists and historians view the significance of the Liye slips rivaling that of the discovery of Qin's Terracotta Warriors in Xi'an, Shaanxi province, in 1974.

The late historian, Li Xueqin, once said the Liye slips had the same academic value as that of oracle bones and scripts found among the ruins of Yin, the last capital of the Shang Dynasty (c. 16th century-11th century BC) in today's Anyang, Henan province, and that of the Dunhuang manuscripts dating from the fourth to the 11th centuries, discovered in the Mogao Caves in Gansu province.

Ying Zheng, or Qin Shihuang, the founder of the Qin Dynasty, abolished a previous territorial feudal system of landholding and established prefectures and counties for better governance.

Liye was the government residence of Qianling prefecture under Dongting county. Its strategic importance as a military garrison and regional government is also reflected in writings on the slips.

For instance, a normal workday of an administrator in Qianling went like this: He arrived in office at 7 am and left at 5 pm; wrote down the time when he sent out or received official documents, including minutes and hours, indicating strict management at work. The slips also give clues on how work assessment was done then. 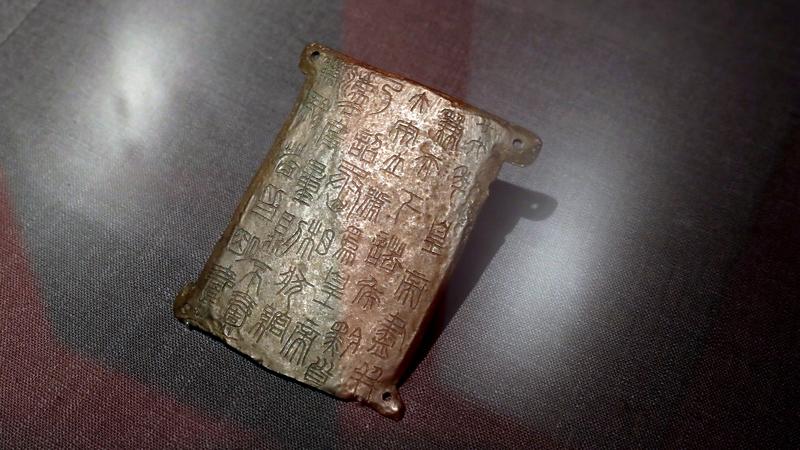 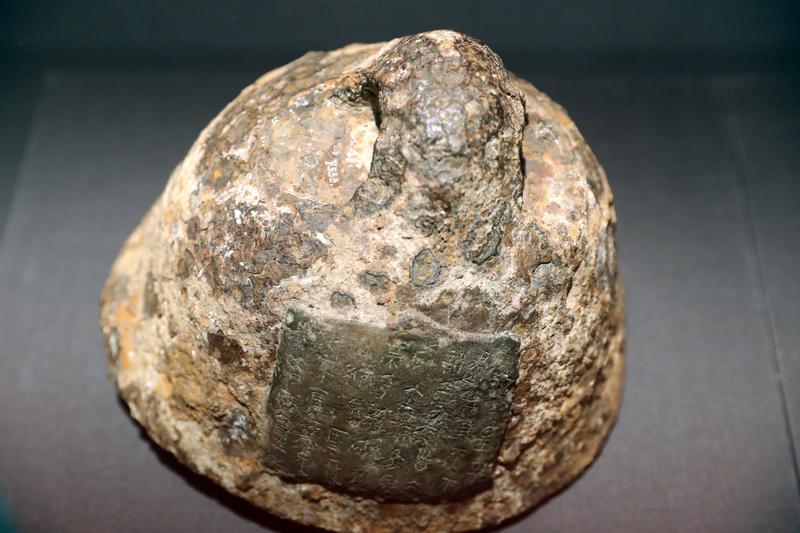 The slips mention archives of population by which one can see the number of permanent residents, immigrants, slaves, criminals and so on in Qianling. There are also documents of natural disasters and agricultural activities, also showing the attention Qin rulers paid to agriculture.

Perhaps more relevant to the exhibition visitors is daily life of the residents of Liye - the vegetables and fruits they had, the price of rice, medical prescriptions and personal mail.

Zou Heng, late archaeology professor at Peking University, once said the slips "demonstrate the specifics of people's lives at the time, showing the overall social life and would change our knowledge of Qin history".

Wang Chunfa, director of the National Museum, says: "Hopefully the exhibition will open for people a new gate to know more about Qin rule, and provide historical information and lessons for today's regional governance (in China)."

He says exhibitions of archaeological findings at the provincial level also help less-developed areas to build cultural and economic connections outside.