Trump: Trudeau's criticism will cost Canada a lot of money 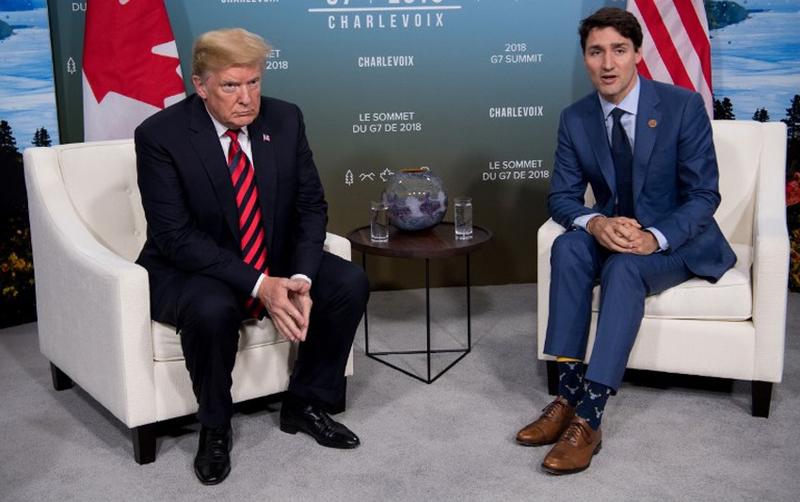 In this June 8, 2018 photo, US President Donald Trump and Canadian Prime Minister Justin Trudeau hold a meeting on the sidelines of the G7 Summit in La Malbaie, Quebec, Canada. (SAUL LOEB / AFP)

SINGAPORE — President Donald Trump says Canadian Prime Minister Justin Trudeau "learned" from the mistake of criticizing him and it's going to cost Canada "a lot of money."

At a news conference Tuesday after his summit with top leader of the Democratic People’s Republic of Korea (DPRK) Kim Jong-un, Trump recounted his recent tough exchanges with Trudeau.

He said the Canadian leader must not have realized that Trump had televisions on Air Force One, allowing him to monitor Trudeau's news conference at the end of the G7 summit.

The president also discussed the viral photo taken of German Chancellor Angela Merkel and others standing before him.

He said it was snapped as they waited for changes he'd requested to the communique he ended up pulling out of.

Trump said it "didn't look friendly" but it was "very friendly."