‘Sharing’ key to the region’s integration

Roundtable hears how China is committed to boosting economic growth in Asia Pacific through connectivity projects, investment and free trade 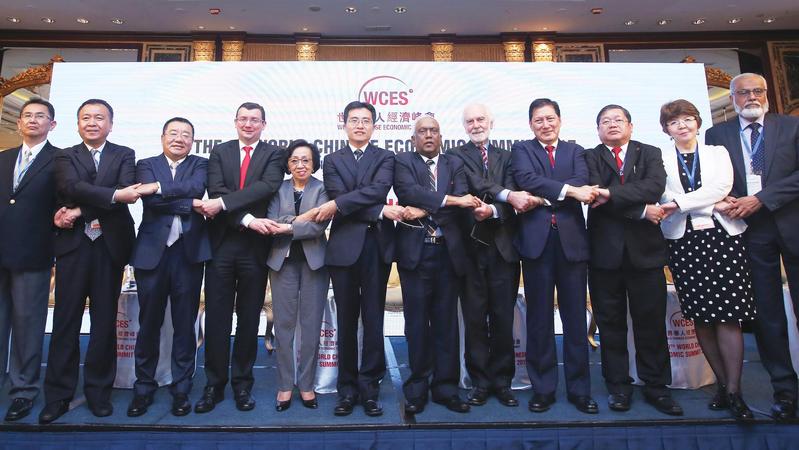 China is committed to supporting regional integration and cooperation and has been reinforcing that message. This was the observation of Yan Lijin, chairman of the Silk Road International Foundation, at a China Daily Asia Leadership Roundtable on Nov 13 in Hong Kong.

Yan cited Chinese President Xi Jinping’s speech in Da Nang, Vietnam, on Nov 10. Speaking at the Asia-Pacific Economic Cooperation CEO Summit, Xi called for a joining of hands to advance the buildup of the Free Trade Area of the Asia-Pacific (FTAAP).

Xi said China will also firmly support the central role of the Association of Southeast Asian Nations (ASEAN) in negotiations on the Regional Comprehensive Economic Partnership (RCEP). Both the FTAAP and RCEP aim to boost regional free trade and connectivity.

China’s intentions have been backed by action. Yan said the Belt and Road Initiative — the plan to build a trade and infrastructure network that revives the ancient Silk Road routes — is a solution to regional integration, proposed by China but shared by the world.

“One keyword of the Belt and Road Initiative is ‘share’,” said Yan. “To share our market, experience and bring a bright future to participating countries and regions.”

The roundtable, titled Regionalization and Geo-economics: Making Regional Economic Integration Succeed: Challenges and Opportunities, was part of the Ninth World Chinese Economic Summit, which took place in Hong Kong on Nov 13 and 14.

In his opening remarks, Zhou Li, an editorial board member of China Daily Group and publisher and editor-in-chief at China Daily Asia Pacific, said Hong Kong’s strategic position in the Belt and Road Initiative will allow it to play a pivotal role toward regional integration and economic prosperity.

Not only does this year mark the 20th anniversary of the establishment of the Hong Kong Special Administrative Region, the Hong Kong-ASEAN Free Trade Agreement was signed earlier this month.

“We are delighted to see the signing of the Hong Kong-ASEAN Free Trade Agreement, which marks a historic milestone for the eventual realization of the Free Trade Area of the Asia-Pacific,” said Zhou. 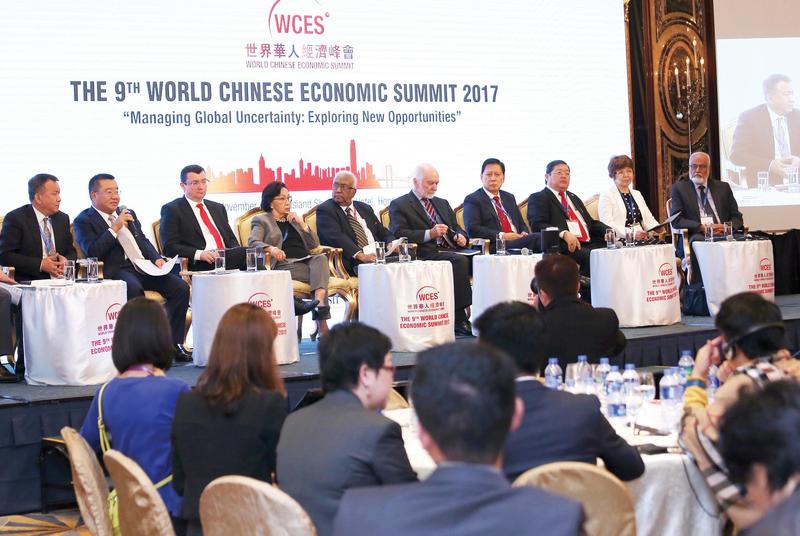 After three years of negotiation, the Hong Kong government and ASEAN signed the deal and related investment agreement on Nov 12. They are expected to come into force on Jan 1, 2019, at the earliest, subject to completion of the necessary procedures by Hong Kong and the ASEAN member states.

Addressing the partnership between China and countries along the Belt and Road routes, Wang Haifeng, director of international trade and investment at the Institute for International Economic Research at the National Development and Reform Commission, said all countries should work together internally and regionally.

Wang admitted that challenges remain, especially in infrastructure projects along the Belt and Road routes. “But it’s not China’s own problem,” he said, explaining that the economic reform and opening-up of all countries involved is the driving force for the success of the initiative.

Wang pointed to the domestic market-oriented reform and opening-up policy that have contributed to the decades-long economic miracle in the Chinese mainland.

Andrew Weir, chairman of the Pacific Basin Economic Council and regional managing partner at accounting firm KPMG, said that despite the current “impressive” volume of intra-regional trade in Asia, there is still a lot of potential in terms of its rate of growth.

ASEAN was Hong Kong’s second-largest trading partner in merchandise trade in 2016, at HK$833 billion (US$106.8 billion), but the bilateral merchandise trade only grew by an average of 3.4 percent annually from 2012 to 2016.

Weir said the “real story” behind the infrastructure projects of the Belt and Road Initiative is connectivity and massive economic stimulus to countries along the routes, to open more markets and demand. Regional cooperation makes the cake bigger for everyone, he said.

Weir sees soft-power infrastructure like education bringing collaboration among Asian countries to the next level. “University exchanges, and other human capital exchanges, these things are much more important and are what people will give credit to,” he said.

Bundit Limschoon, secretary-general of the Asia Cooperation Dialogue, agreed with Weir that countries along the Belt and Road need to be linked not only by transport infrastructure but also by soft-power industries, such as information technology, marketing and finance, to make the region more competitive.

“Trade is not just tariff lines,” said Delia Albert, former foreign secretary of the Philippines. “It’s about getting to know each other in the region, understanding each other and trusting each other.” The Philippines is the chair of ASEAN for 2017.

Referring to the RCEP, the multilateral free trade pact involving ASEAN and six other countries — China, India, Japan, South Korea, Australia and New Zealand — Albert said both political will and an economic engine are needed for regional cooperation to move forward.

“There are great opportunities, and (this) has been shown in terms of what has happened in our region,” said Albert. Admittedly, the development of the 10 countries within ASEAN is not on the same level yet, she said, but the lesson to be learned from ASEAN is that member states can help each other.

This year also marks the 50th anniversary of ASEAN. Albert sees a shift for the next 50 years, with less focus on government and more participation from the private sector and non-governmental organizations.

She said ASEAN will focus more on subregional development strategies like the Greater Mekong Subregion and the Brunei-Indonesia-Malaysia-Philippines East ASEAN Growth Area. She said this can also better involve the private sector, especially through mentoring on entrepreneurship.

Jose Luis U Yulo Jr, president of the Chamber of Commerce of the Philippine Islands, said the Belt and Road Initiative was proposed at the right time with the need for regional cooperation widely recognized.

He said the initiative will promote regional cooperation with major infrastructure projects, but pointed out that the implementation will be in the details, which will require deeper negotiations.

Ataur Rahman, secretary-general of the International Chamber of Commerce-Bangladesh, called for more mutual trust among member states in ASEAN.

He said the ASEAN marketplace could generate huge potential if there were fewer barriers in different sectors such as trade.

Referring to the 4th Industrial Revolution, Rahman believes the development of technology will bring new opportunities.

Chin Yew Sin, chairman of the One Belt One Road Strategy Research College at Malaysia’s Limkokwing University of Creative Technology, said the Belt and Road Initiative will boost regional cooperation both economically and politically.

He cited the example of the Asian Infrastructure Investment Bank which will enable more countries to improve their infrastructure and lead to multilateral development.

Meruert Makhmutova, director of Kazakhstan think tank the Public Policy Research Center, said Kazakhstan can be a bridge between Asia and the European Union. “Kazakhstan has a huge transit capacity, so in our view, regional trade makes Kazakhstan attractive as a business destination for countries in Europe and Asia,” she said.

As an important transit point on both the ancient Silk Road and today’s Silk Road Economic Belt, Kazakhstan has historically played a vital role in connecting China with the rest of the world.

Denis Galligan, director of a program on the Belt and Road Initiative at the University of Oxford, in the United Kingdom, said highly developed legal infrastructure is needed to achieve regional coordination and cooperation. This is essential, he said, for a common standard for bilateral arrangements, creating regulatory areas, providing a basis for institutions and for a proper dispute resolution mechanism.

“Legal infrastructure needs to be considered more seriously, the balance between the private sector and government regulation needs to be constantly scrutinized and examined,” said Galligan. “Then and only then will the Belt and Road Initiative achieve its purposes.”