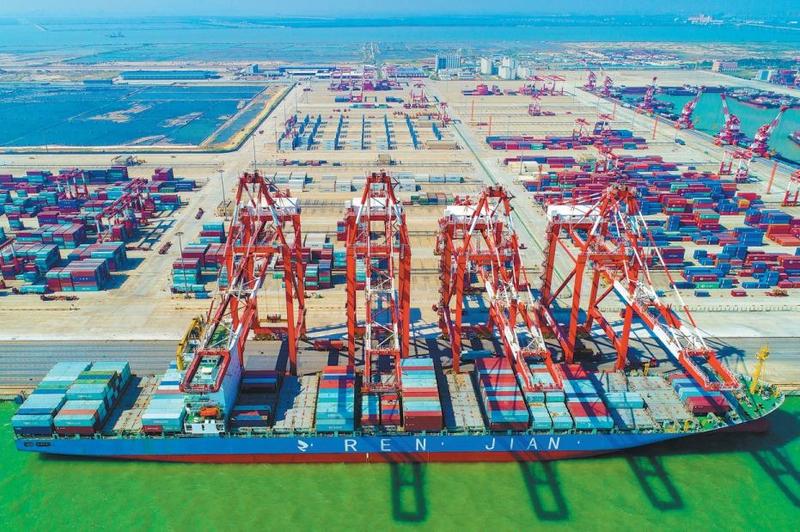 When Tao Lin, vice-president of the California-based Tesla Inc, and her colleagues visited a site in Shanghai's Lingang area where the company planned to build its first factory outside of the United States one year ago, they didn't expect that the plant would become a part of the China (Shanghai) Pilot Free Trade Zone.

"It was only farmland where watermelons were being grown at that time," she said, adding Tesla's workers are now installing air-conditioners in the plant and they will complete the manufacturing facility project by the end of this year.

With China announcing that Lingang Special Area will be a part of the Shanghai FTZ and adding six brand new FTZs to its FTZ list in August, she said the country's open business environment will push high-tech companies to deploy more resources in research and production, and finally allow consumers to enjoy more benefits from the new round of reform and opening-up.

Tesla broke new ground as construction started on its Shanghai plant on Jan 7. It became the first company to benefit from a new policy allowing foreign carmakers to start setting up wholly owned subsidiaries in China. It is also the city's biggest foreign investment in manufacturing at US$7.3 billion.

Tesla is not alone, other global companies such as France's Schneider Electric SA, the Netherlands-based Signify NV, Switzerland's ABB Group and General Electric Co from the United States have all invested in China's 18 FTZs across the country, and have shifted their investment focus from building conventional plants to establishing high-end factories, innovation and service facilities in these zones.

Designed as a testing ground for economic reforms, FTZs aim to lower the threshold for business people to establish companies, further open up markets to foreign investment, and reduce restrictions on capital flows. They also offer special benefits to certain industries like e-commerce, legal services and logistics.

As an important institutional innovation, China's FTZs explore new ways to deepen reform and opening-up as well as accumulate new experience. They have contributed to attracting foreign investment, said Chen Wenling, chief economist at the China Center for International Economic Exchanges in Beijing. 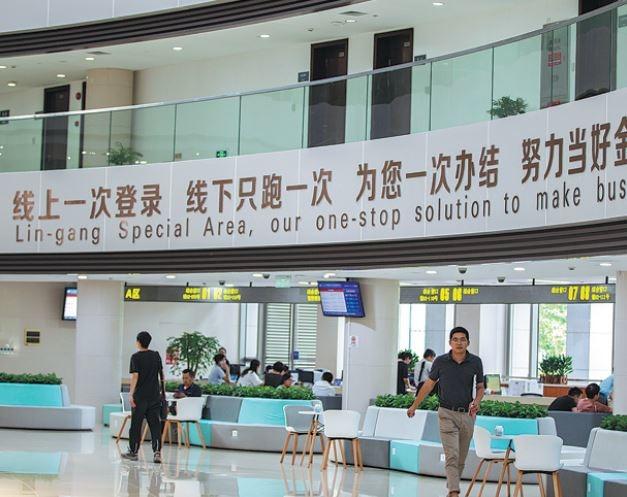 In addition to its latest batch of FTZs in provinces such as Shandong and Jiangsu, China's 12 FTZs - established in the previous rounds - attracted foreign investment of nearly 70 billion yuan (US$9.89 billion) between January and June this year, accounting for 14 percent of the country's total, data from the Ministry of Commerce show.

China's first free trade zone was set up in Shanghai in 2013. The country then added four more batches of FTZs, including the coastal provinces of Fujian and Guangdong and the inland provinces of Shaanxi and Sichuan.

One of the biggest achievements of the FTZs is to make foreign investment in China easier by adopting a negative list that spells out which sectors are closed or restricted for foreign investment, said Tang Wenhong, director-general of the Department of Foreign Investment Administration in the Ministry of Commerce.

In comparison to the positive-list approach that only details services and sectors covered by the market access rules, the negative list outlines all the sectors where national standards are not applied to foreign investors, providing more corporate freedom.

Eager to attract more capital, technologies and talent from various global markets, China released two revised negative lists for foreign investment on June 30, which came into effect on July 30, allowing foreign businesses to enjoy preferential policies in more industries and sectors. The nationwide negative list was slashed from 48 items to 40, and the one for FTZs was cut from 45 to 37.

"The FTZ model has become a new driving force amid the slowing economy and rising protectionism. It will diversify China's developing ability," said Feng Yaoxiang, director of the investment promotion division at the China Council for the Promotion of International Trade.

Rachel Duan, president and CEO of GE Global Growth Markets, said the company has been pleased to see that the Chinese government has given consideration to the development needs of different market entities in China in recent years.

"By constantly deepening reform in free trade zones, establishing and improving the negative list, reforming and streamlining regulations on foreign investment, and adopting a service-provider level of awareness, the government has given strong support to foreign enterprises to develop in China," she said.

Marcel Smits, head of corporate strategy at US agribusiness giant Cargill Inc, agreed. He noted that China's business environment continues to improve, and government policy is sending favorable signals. China's Foreign Investment Law, which was enacted earlier this year during the top legislature's annual sessions, will better protect the operations of overseas businesses in the country, he said. 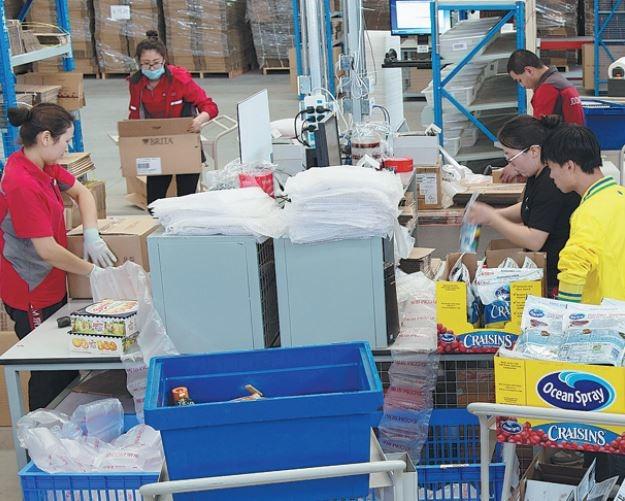 JD employees handle packages at a warehouse in the bonded area of the Tianjin Free Trade Zone. (PHOTO / XINHUA)

Cargill invested US$200 million in the first half of this year to build new plants and research facilities in different FTZs and provinces throughout China.

With the addition of six more, China hopes to press ahead with wider reforms, while allowing the regions to tap their unique geographical and industrial advantages for further experiments, said Mao Yanhua, deputy director of the Free Trade Research Institute at Guangzhou-based Sun Yat-sen University.

"Since their establishment, different FTZs have different priorities," he said.

A free port, which is a form of free trade zone, is set up within a country or a region's borders but outside its customs. It is open to all commercial vessels on equal terms. Commodities and goods may be unloaded, stored and shipped without payment of customs duties.

In the northeast, China (Liaoning) Pilot Free Trade Zone has already made plans to enrich its business ties with economies related to the Belt and Road Initiative by undertaking more market-oriented reforms and enhancing its ability on regional connectivity to further push its economic revitalization.

To the east, Liaoning FTZ is working with countries in Northeast Asia to strengthen regional cooperation via policy dialogue and the implementation of priority projects in the region, said Tang Yijun, governor of Liaoning province.

To the west, Tang said the FTZ will continue to deepen its cooperation with Central and Eastern European countries to create new growth momentum through the China-Europe freight train service, two-way investment, joint infrastructure projects and people-to-people exchanges.

READ MORE: Fujian steps up the pace on developing its FTZ

For the next step, China needs to continue increasing the intensity of stress testing among FTZs to ensure they meet international standards on high-level trade and investment liberalization, said Zhao Jinping, former director-general of the Research Department of Foreign Economic Relations at the Development Research Center of the State Council.