S Korea, US sign deal on Seoul paying more for US military 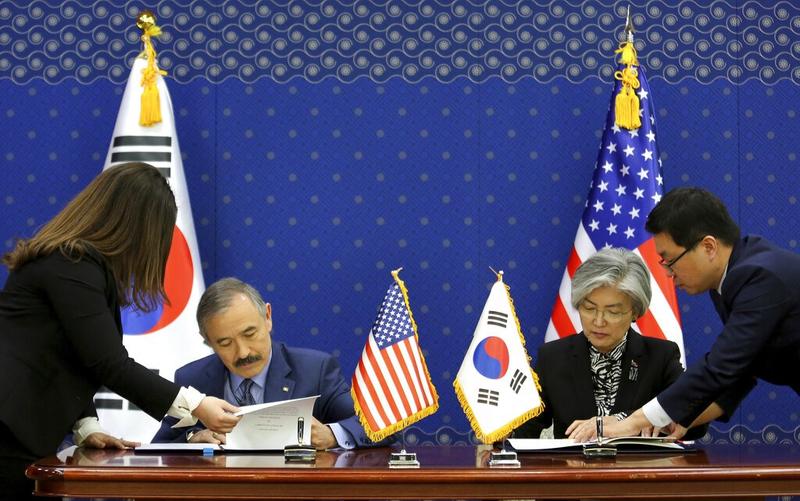 SEOUL, South Korea — South Korea and the United States have signed a deal that would increase Seoul's financial contribution for the deployment of US troops in the Asian country.

ALSO READ: US ends 70 years of military presence in Seoul

After rounds of failed negotiations, chief delegates from the two countries last month agreed on Seoul paying about 1.04 trillion won (US$924 million) in 2019 for the US military presence, up from about US$830 million last year.

US President Donald Trump earlier pressured Seoul to increase its share, triggering worries in South Korea that he might withdraw some of the 28,500 US troops here if Seoul refused to accept his demand.

Seoul's Foreign Ministry said in a statement the deal is expected to provide a "stable environment" for the US troop deployment and help strengthen the alliance between the two countries.

The deal's signing came days after the two countries eliminated their huge springtime military drills and replaced them with a smaller training.