China sees substantial drop in poverty rate in past 40 years 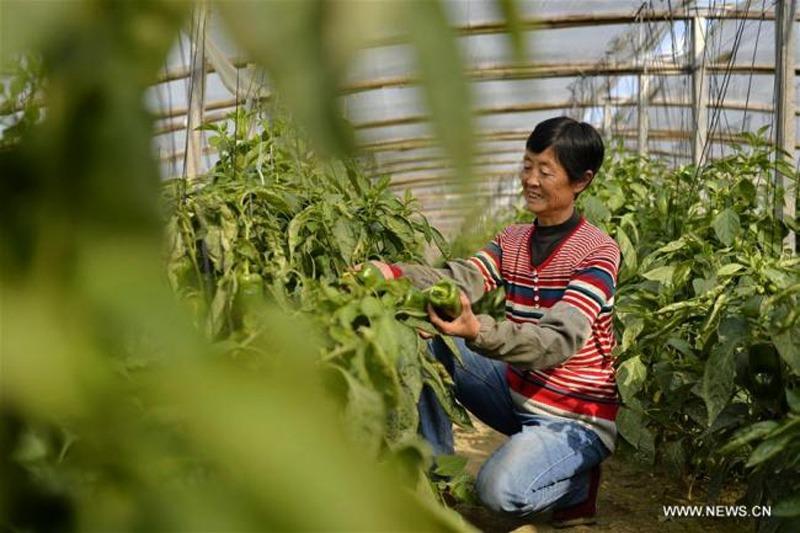 In this Nov 5, 2017 photo, a woman harvests green peppers in Houshawa Village of Xinhe County, north China's Hebei province. Vegetable cooperatives were built in Houshawa Village in recent years, bringing a large number of households out of poverty. (PHOTO / XINHUA)

BEIJING – China has witnessed substantial drop of poverty rate in the past 40 years, especially in rural areas, thanks to reform and opening-up, a top poverty alleviation official said Saturday.

The poverty rate, proportion of people living below the Chinese poverty line, had fallen among rural population from 97.5 percent in 1978 to 3.1 percent at the end of 2017, Liu Yongfu, director of the State Council Leading Group Office of Poverty Alleviation and Development, said at a seminar.

More than 700 million rural residents have been lifted out of poverty over the past 40 years, according to Liu.

Liu called for consistent efforts in advancing poverty reduction in a more precise and effective way.

The battle against poverty is one of the "three tough battles" that China must win to build a moderately prosperous society in all respects by 2020. To achieve the goal, the country needs to lift around 30 million poor rural residents out of poverty between 2018 and 2020.