EU says summit with Turkey provides no answers to concerns 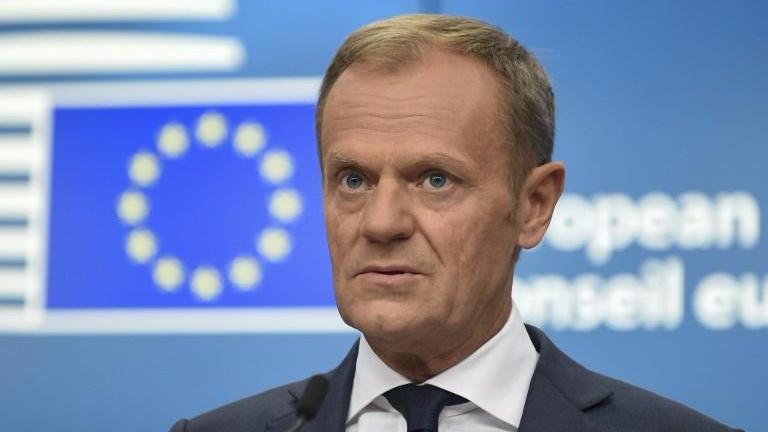 European Council President Donald Tusk gives a joint press conference with the Maltese Prime Minister and the EU Commission President during a European Council meeting, on the second day of a summit of European Union (EU) leaders at the European Union headquarters in Brussels on June 23, 2017. EU leaders said talks with Turkish President Tayyip Erdogan on March 26, 2018 offered no answers to a long list of concerns. (JOHN THYS / AFP)

VARNA, Bulgaria - European Union leaders said talks with Turkish President Tayyip Erdogan on Monday offered no answers to a long list of concerns including over Turkey's intervention in Syria and the jailing of journalists at home.

Our position is clear - only progress on these issues will allow us to improve EU-Turkey relations, including the accession process

At a summit that host Bulgaria described as "charged with great tension", the bloc vowed to keep funds flowing for a refugee deal with Ankara, but disappointed Turkish demands for deeper trade ties or visa-free travel to Europe.

Despite criticism from European governments of what many view as Erdogan's growing authoritarianism, EU leaders left the door open to Turkey's stalled bid for membership to the bloc, but said only he could act to remove the obstacles to accession.

"I raised all our concerns, as you know it was a long list", European Council President Donald Tusk told reporters after the talks held in the Black Sea port city of Varna.

"If you are asking me if we achieved some solutions or compromises - my answer is: no," he added. "Our position is clear - only progress on these issues will allow us to improve EU-Turkey relations, including the accession process".

Erdogan, who has alarmed the West with a massive purge since a failed coup attempt in July 2016, remains an important ally in the US-led NATO alliance, the fight against Islamic militants and as a destination for many Syrians fleeing war. 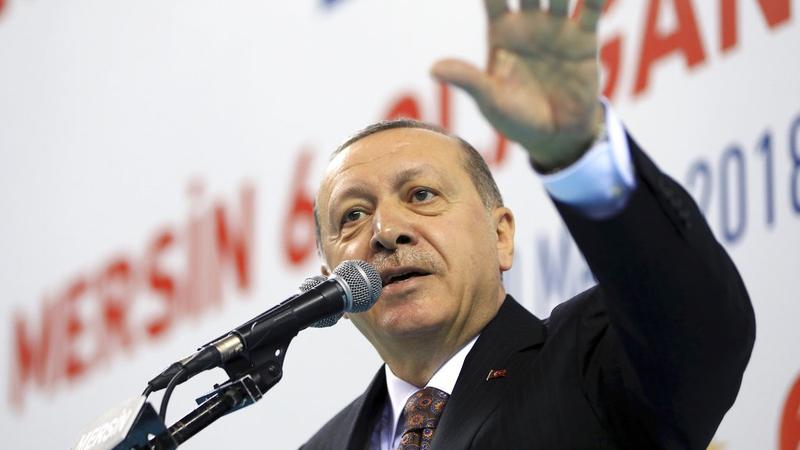 Turkey's President Recep Tayyip Erdogan, gestures as he delivers a speech during a rally of his ruling Justice and Development (AKP) Party's supporters, in Mersin, southern Turkey, March 10, 2018. (POOL PHOTO VIA AP)

Turkey shares borders with Iraq and Syria as well as influence with Russia in the Black Sea region, but the EU is still its biggest foreign investor and trading partner.

EU leaders cited these geostrategic interest as common ground for greater cooperation with Turkey, despite differences.

"While our relationship is going through difficult times, inareas where we do cooperate, we cooperate well," Tusk told reporters.

Over a two-hour dinner of "Slav salad", turbot fished from the Black Sea and local wines, Erdogan said he pressed EU counterparts for progress in talks on letting Turks visit Europe without visas and a deeper customs union.

"We hope to have left the difficult times with the EU behind", Erdogan said. "Turkey and the EU are long-term strategic partners. It would be a serious mistake for the bloc to push Turkey out of its enlargement politics".

Only on Erdogan's plea for EU funds under a March 2016 deal to take in migrants fleeing the country's war did the bloc's leaders convey their full support.