US-bound Central American migrants on the move in Mexico 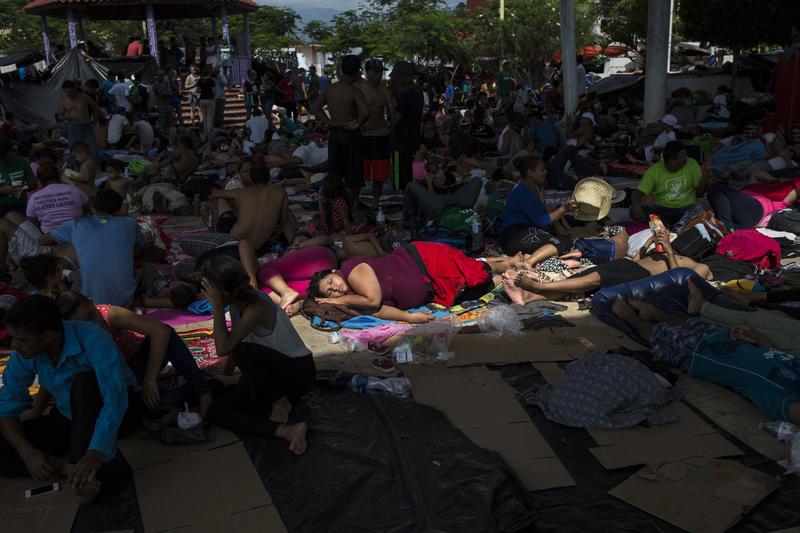 People rest in a makeshift camp set up by a caravan of Central American migrants traveling to the US, in Mapastepec, Mexico, Oct 24, 2018. (RODRIGO ABD / AP)

MAPASTEPEC, Mexico/MEXICO CITY — Central American migrants clustered for the night on Wednesday in a southern Mexico town after advancing on their trek toward the United States, despite Mexico's vows to hinder their progress under pressure from the Trump administration.

Thousands of men, women and children, mostly from Honduras, shuffled throughout the afternoon into the town of Mapastepec in Chiapas state, still more than 1,770 km from the US border.

As nightfall came and rain began to pour, they camped out on sidewalks in the small town, wrapping knapsacks in plastic and huddling beneath awnings.

Their trek has drawn the ire of US President Donald Trump, who has used the migrant caravan to fire up support for his Republican party in Nov 6 congressional elections.

It has also prompted Washington to put pressure on the Mexican government to halt the migrants' progress.

The caravan, which began as a march of a few hundred people from the crime-wracked Honduran city of San Pedro Sula on Oct 13, swelled into the thousands as it was joined by migrants from El Salvador, Nicaragua and Guatemala. 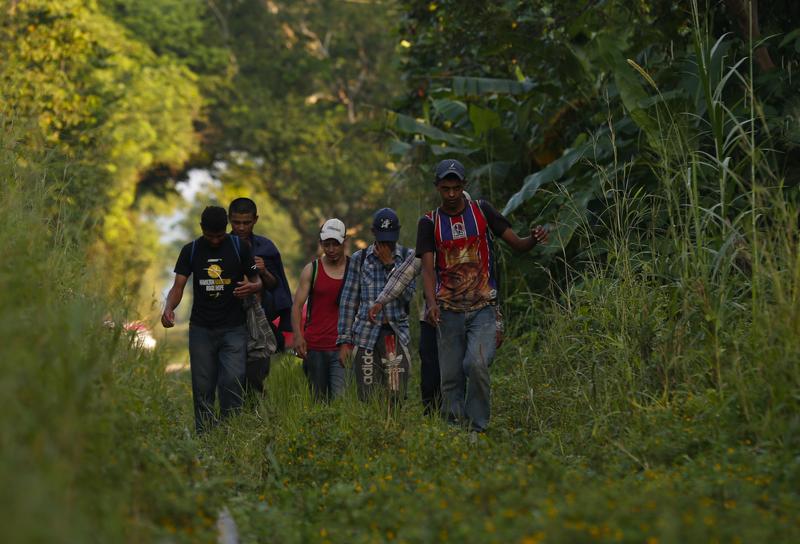 Mexican immigration authorities have told the migrants they will not be able to cross illegally into the United States.

Alex Mensing of Pueblo Sin Fronteras, a group that organized a previous migrant caravan that angered Trump in April, said on Wednesday the current caravan is comprised of about 10,000 people.

Pueblo Sin Fronteras is accompanying the caravan, which Mensing forecast would fragment in due course.

"It's very unlikely that 10,000 people will arrive together at a border city between Mexico and the United States," he told a conference call with reporters.

Migrants began departing Huixtla in the wee hours of the morning, fanning out for about a mile and half on the road towards Mapastepec. They walked in flip flops and old sneakers. Many hitched rides from hundreds of cars, trucks and public transportation.

A Chiapas church group said they cooked for a full day, then drove over an hour from the mountains to reach the caravan, where they handed out coffee, sugary bread and tamales, cornmeal patties stuffed with meat and vegetables. 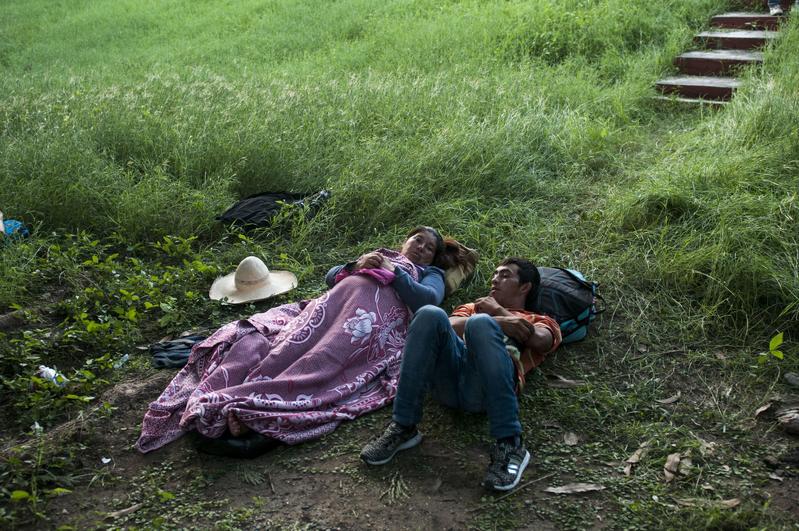 Honduran migrants walking in a caravan that aims to reach the US, rest at an abandoned spa resort, near San Cristobal Acasaguastlan, about 67 miles northeast of Guatemala City, Guatemala, Oct 24, 2018. (OLIVER DE ROS / AP)

Every time they stopped to serve, migrants flung their small packs aboard their pickup, hoping to catch a ride.

"No, no," church volunteer Liz Magail Rodriguez said, pointing to the containers of food. "With these tamales, you'll have energy to walk all day."

On Wednesday, Venezuelan President Nicolas Maduro called US Vice President Mike Pence "crazy" and "extremist" for accusing his government of financing the caravan. Pence said on Tuesday that the group was "financed by Venezuela," without providing evidence.

Mexican authorities have tried to walk a fine line between responding to Trump's demands to close its borders and respecting migrants' rights.

Mexico's interior ministry said in a statement on Wednesday evening that about 3,630 people are part of the migrant caravan in Mexico that was advancing from Huixtla, around 50 km north of the Guatemalan border, to Mapastepec. 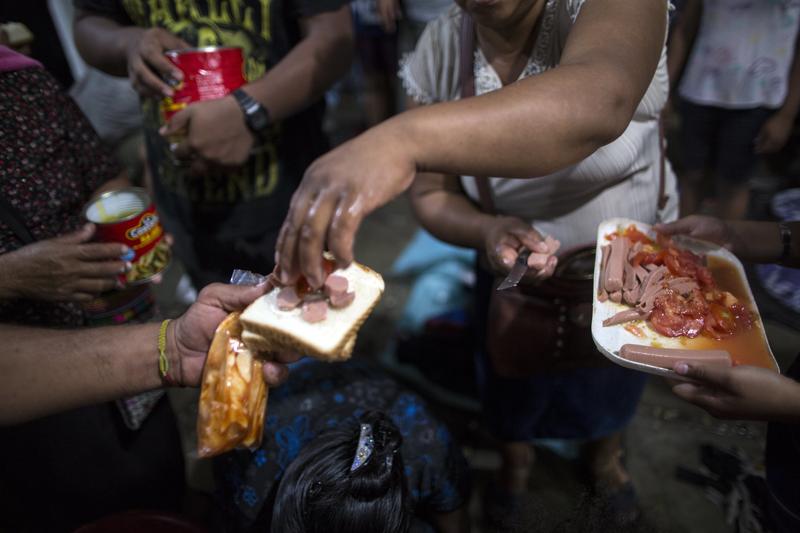 Central American migrants traveling with a caravan to the US receive donated food outside the Catholic Church in Mapastepec, Mexico, Oct 24, 2018. (RODRIGO ABD / AP)

Reuters could not independently verify how many people were in that group.

A separate group of least 1,000 migrants, mostly Hondurans, has been moving slowly through Guatemala toward Mexico. Some media have put the number above 2,000.