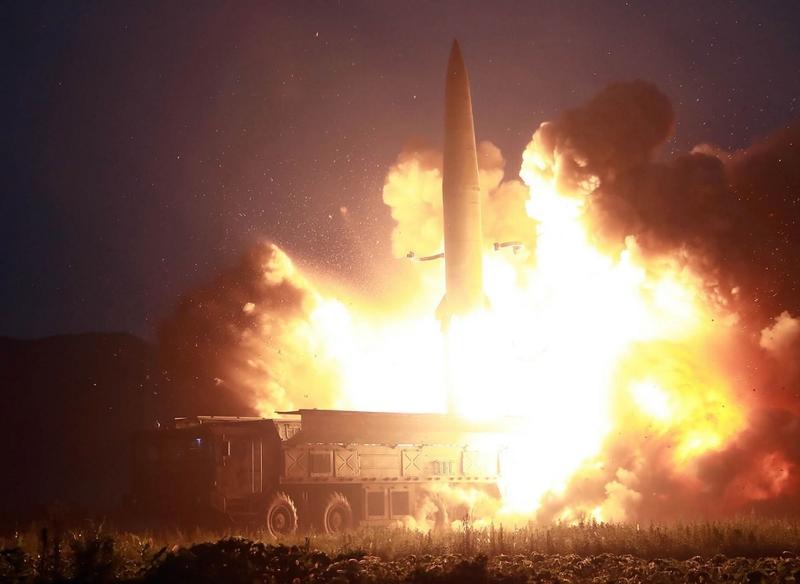 PYONGYANG — Kim Jong-un, top leader of the Democratic People's Republic of Korea (DPRK), watched the test-firing of new tactical guided missiles at daybreak Tuesday at daybreak Tuesday, sending an adequate warning to the US and the Republic of Korea (ROK) that is currently holding a joint military drill, the official Korean Central News Agency (KCNA) reported Wednesday.

According to the report, two tactical guided missiles flied across the sky over DPRK's capital and the central inland region of the country to precisely hit the targeted islet in the East Sea of Karea. The missiles were launched from an operational airfield in the western area of the country.

Kim expressed high satisfaction with the result of the test fire, noting that "the said military action would be an occasion to send an adequate warning to the joint military drill now underway by the US and South Korean authorities."

ROK is also referred to as South Korea and DPRK as North Korea.

ROK's military had described those missiles as similar to the Russian-made Iskander, a solid-fuel, nuclear-capable missile that is highly maneuverable and travels on low trajectories, improving its chances of evading missile defense systems. Last week, DPRK conducted two test firings of what it described as a new rocket artillery system.

DPRK has denounced Washington and Seoul over their joint military exercises. ROK confirmed they started Monday but hasn't given details about the drills, which were expected to involve computer simulations and not troops or equipment.