US resumption of sanctions on Iran triggers widespread defiance 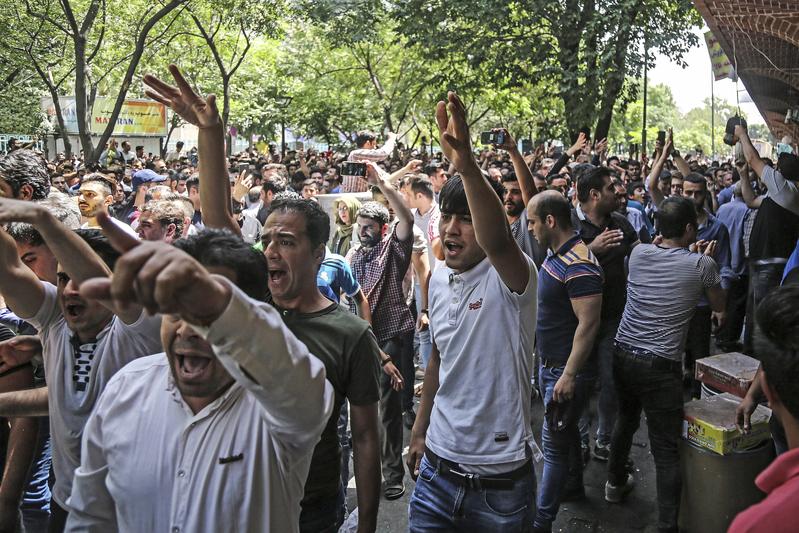 In this June 25, 2018 file photo, a group of protesters chant slogans at the old grand bazaar in Tehran, Iran. Iran is bracing for the restoration of US sanctions on its vital oil industry set to take effect on Nov 5, 2018. (IRANIAN LABOR NEWS AGENCY VIA AP, FILE)

BEIJING – The US announcement of slapping back sanctions on Iran has triggered widespread defiance from the Islamic republic as well as Europe.

The Trump administration announced on Friday that it will re-impose sanctions on Iran that had been lifted under the historic 2015 Iran nuke deal, also known as Joint Comprehensive Plan of Action (JCPOA).

The European Union (EU) and Iran are working out ways to avoid the impact of sanctions on their economic and trade relationship.

A statement issued by the White House said the sanctions, to fully take effect on Nov 5, would be "the toughest" and "unprecedented," targeting many of the country's "critical sectors" like its energy, shipping, shipbuilding, and financial sectors.

For the EU, the 2015 Iran nuclear deal is a key element of the global nuclear non-proliferation architecture and of multilateral diplomacy

"Over 700 individuals, entities, vessels, and aircraft are going back onto our sanctions list, including major Iranian banks, oil exporters, and shipping companies," it reads. "The sanctions also target transactions with the Central Bank of Iran and designated Iranian financial institutions." Washington also blasted the Iran nuke deal as "disastrous" and "unacceptable."

The sanctions "will target those who attempt to violate or circumvent them" and that the administration "is pressing other importers to reduce to zero as quickly as possible," according to the White House.

The return of sanctions is part of a wider effort by the Trump administration to pressure Iran to curb its nuclear and missile programs as well as its regional influence in the Middle East.

Washington said eight nations will be given temporary waivers in their purchase of Iran's oil but gave no further details.

Bloomberg had reported earlier on Friday that India, Japan and South Korea would be among those exempt. Reuters also quoted Turkish Energy Minister Fatih Donmez as saying on Friday that Turkey has been told it will receive a waiver on US sanctions. It later reported that Iraq was on the list.

These nations would be allowed to continue to purchase Iran's oil products temporarily, but they have to cut the imports until they reach zero.

However, US Secretary of State Mike Pompeo said that the 28-member EU as a whole would not receive one waiver.

The EU and its troika – France, Germany and Britain – on Friday jointly expressed their deep regret at Washington's re-imposition of sanctions, vowing to protect European economic operators engaged in legitimate business with Tehran.

In May, US President Donald Trump announced Washington's withdrawal from the landmark JCPOA. Since then, the Trump administration has slapped a number of sanctions on Iran.

For the EU, the JCPOA is a key element of the global nuclear non-proliferation architecture and of multilateral diplomacy. 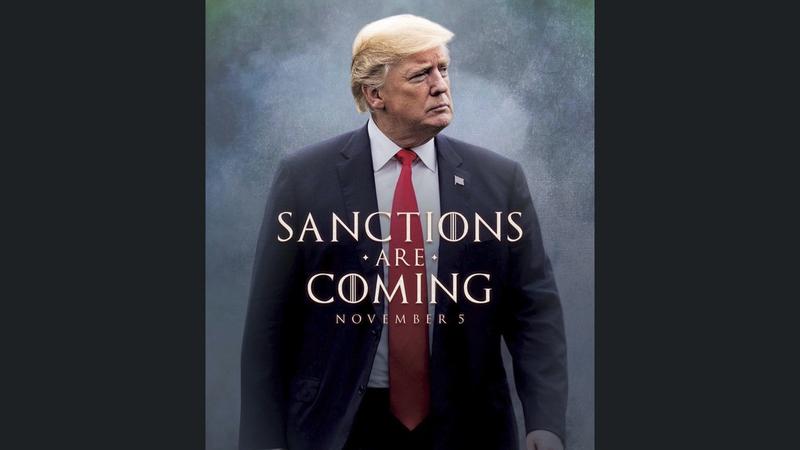 This image taken from the Twitter account of President Donald J Trump, @realDonaldTrump, shows what looks like a movie-style poster that takes creative inspiration from the TV series Game of Thrones to announce the re-imposition of sanctions against Iran. Trump tweeted a photo of himself with the words “Sanctions are Coming,” November 5. The US sanctions on Iran had been lifted under a 2015 nuclear pact, but they are taking effect on Monday. (DONALD J. TRUMP TWITTER ACCOUNT VIA AP)

"It is crucial for the security of Europe, the region, and the entire world," said a joint statement co-signed by High Representative of the Union for Foreign Affairs and Security Policy Federica Mogherini as well as foreign ministers of France, Germany and Britain.

The statement defended its aim to "protect European economic operators engaged in legitimate business with Iran, in accordance with EU law and with UN Security Council resolution 2231."

"As parties to the JCPOA, we have committed to work on, inter alia, the preservation and maintenance of effective financial channels with Iran, and the continuation of Iran's export of oil and gas," said the statement.

"We remain committed to implementing the JCPOA as a matter of respecting international agreements and of our shared international security, and expect Iran to play a constructive role in this regard," it added.

Iran's Foreign Ministry Spokesman Bahram Qasemi told state IRIB TV that his country has "no concerns" over the fresh US sanctions on its crude sales and banking sector.

The Iranians will prove that they are not intimidated by the US sanctions which are in effect "psychological warfare," Qasemi said.

On Wednesday, Iranian President Hassan Rouhani shrugged off at the US sanction threats, expressing confidence that the Iranian government is not intimidated by the US. 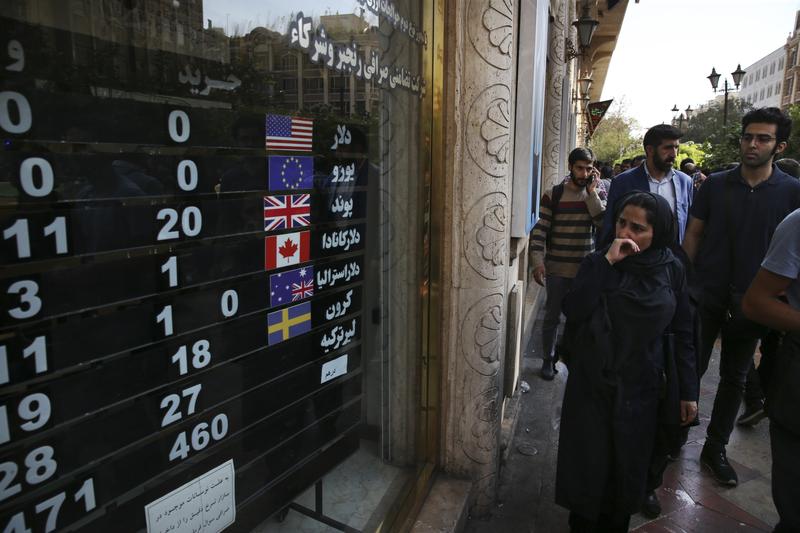 The Iranian president assured Iranians that his administration is resolved to alleviate the country's economic hardship.

Iranian experts have also played down the adverse impacts of the renewed sanctions, saying they are prepared for the "worst scenario" as the US is globally isolated in its move against the Iranian nuclear deal.

Abdolnaser Hemmati, governor of the Central Bank of Iran, announced last week that Iran and the EU are working to finalize a monetary transaction mechanism soon to avoid US banking sanctions.

The legal entity will allow European companies to continue to trade with Iran in accordance with EU law and could be open to other partners around the world, Federica Mogherini, the EU foreign and security policy chief, said in September.

The top Iranian leader also ruled out all possibilities of re-negotiating with a "cheating" Washington over the Iranian 2015 nuclear deal and Tehran's missile program.