US irrational practice to be a boomerang 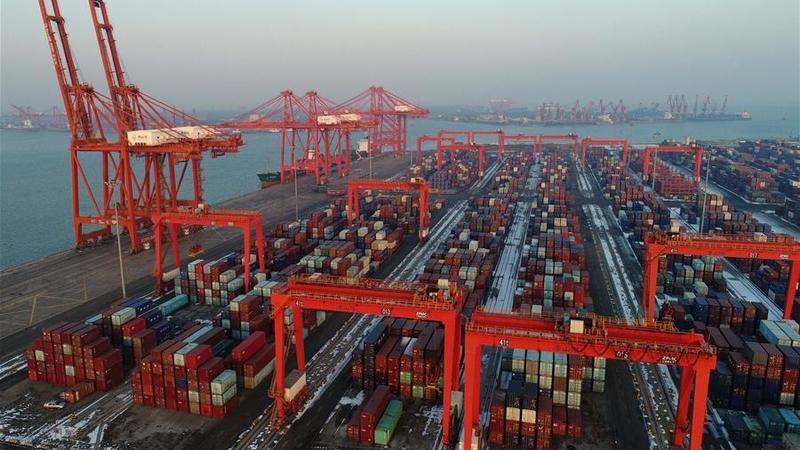 BEIJING - Old-fashioned protectionism seems to be regaining momentum in the United States, which recently escalated trade war with China. Yet the egoistic practice commonly used by the US will be much of a boomerang, hurting itself and casting dark clouds over the global economy.

Washington increased additional tariffs on US$200 billion worth of Chinese goods from 10 percent to 25 percent on May 10, aggravating the year-long trade friction between the world's top two economies despite 11 rounds of bilateral trade talks. China announced that it will raise the rate of additional tariffs imposed on some of the imported US products from June 1.

The typical protectionism which the US pursues shows a zero-sum mindset that goes against the reality of economic globalization. Global trade -- largely a result of comparative advantage of different countries -- has promoted common economic growth and improved the living standards of people at different corners of the globe. It is normal for a country to have a trade deficit with some countries and a surplus with others, as a nation cannot have comparative advantage in all sectors.

With globalization, there has been increasing specialization of industries and technology. Interdependence and complementarity are hallmarks of international economic relations. The supply chain of a high-tech product often involves many countries. Wielding the big stick of tariffs in an attempt to realize unreasonable demands only harms global supply chains on which many US companies also rely on and squeezes the vitality that its economy needs for growth.

The Trump administration has also imposed tariffs or threatened to do so on products such as steel with its other trading partners including the European Union. It is common sense that tariffs will be paid by the imposing country's importers and eventually transfer to consumers. It will do nothing in solving the goods trade deficit between China and the US. Myopic protectionism brings neither prosperity nor strength in the long run. On the contrary, it may put the US economy in the doldrums. With countermeasures from China, many US farmers and companies face the actual risk of losing the huge Chinese market in which they have had profitable business for years.

Over the last month, the US-China trade friction has boosted the risk of a US recession, according to a Reuters report on Friday. A strong majority of economists polled by Reuters put the chances of that happening in the next two years at 40 percent.

"We are already in a situation where the level of tariffs that are either imposed or threatened to be imposed over the next several weeks is really quite high...and a move to basically put tariffs of 25 percent on everything we import from China is a very real drag in the economy," the article cited Michael Hanson, head of global macro strategy at TD Securities.

For China's part, with a 6.4 percent growth in the first quarter, the country's economy remains resilient and robust, thanks to its opening-up, innovation and the huge potential of domestic consumption as well as efforts to facilitate two-way trade and investment.

A trade war has no winners. The initiator is more likely to suffer. It is in the interests of all to uphold positive-sum cooperation and multilateralism, build an open global economy and strive for shared, inclusive growth. Egoistic and autarkic policies are unrealistic and go nowhere.

The China-US trade friction has to be solved through consultation and dialogue under the principle of equality, mutual respect and mutual benefit.