Beijing vows retaliation on US trade

By Zhao Huanxin and Jing Shuiyu 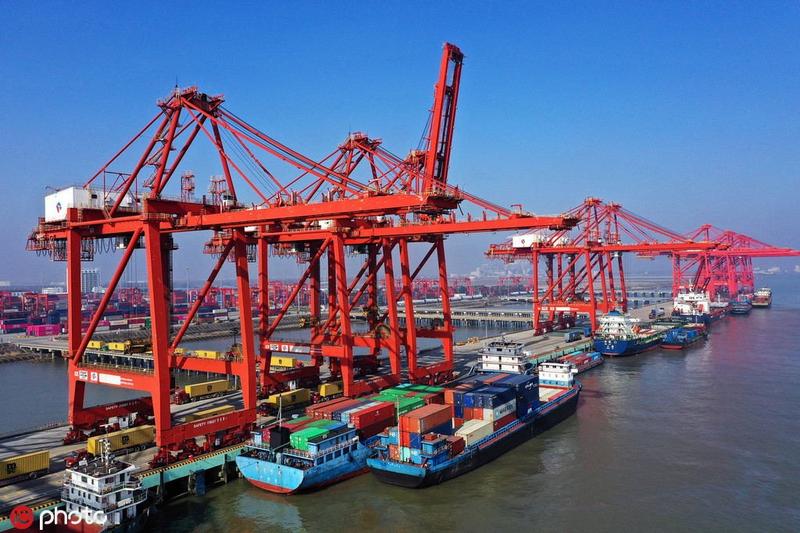 The Ministry of Commerce expressed "deep regrets" on Friday at the United States' move to impose additional tariffs on Chinese imports and vowed to take necessary countermeasures.

The comments came shortly after the US increased the rate of additional duties on US$200 billion worth of Chinese imports from 10 percent to 25 percent, a move that economists said amounts to "typical trade bullying" that will backfire to hurt its own interests.

The commerce ministry said in a statement that the 11th round of China-US high-level economic and trade consultations are underway, and China hopes the two sides can work together to resolve existing issues cooperatively.

Foreign Ministry spokesman Geng Shuang said at a daily news briefing that a healthy and stable Sino-US relationship serves the interests of both countries and is expected by the international community.

The world's two largest economies have been embroiled in tit-for-tat tariff exchanges since July over US demands that China change certain trade policies. To hash out differences, the countries have held high-level talks, the latest round in Washington.

Chinese Vice-Premier Liu He, who leads the Chinese delegation, said on Thursday that he came to Washington with sincerity to engage in "rational and candid" exchanges with the US to resolve some of their disparities.

Liu said the hike in tariffs is harmful to China, to the US and to the whole world.

"The Chinese side believes raising tariffs is not a solution to the problems," he told the media upon his arrival in Washington on Thursday.

Liu said the fact that he came this time, despite the pressure, shows the sincerity of the Chinese side.

Early on Friday in Washington, the Chinese delegation said China hopes the two countries can meet halfway, and that they will make joint efforts to resolve existing problems through cooperation and consultation, Xinhua News Agency reported.

Experts from both sides voiced strong opposition to the US tariff move, warning of collateral damage that will ripple around the globe.

The latest tariff move by the US derailed the month-long China-US trade consultations, and the US should take responsibility for that, said Wang Xiaosong, a professor at Renmin University of China's School of Economics.

The two countries still have some leeway in advancing the talks, though the current tension has become severe, Wang said.

Wang said he hopes China and the US will break the deadlock and come to a mutually beneficial resolution as soon as possible.

The sudden US move is typical trade bullying

"US President Donald Trump used to say that if China-US negotiations break down, a 25 percent additional tariff will be imposed on Chinese imports. But why did Washington raise the tariff while the 11th round of negotiations is underway? An explanation is needed," said Zhang Yansheng, a senior researcher at the China Center for International Economic Exchanges.

"The sudden US move is typical trade bullying," Zhang said. He urged enhanced efforts across the globe to oppose protectionism to ensure global economic stability.

Jonathan Gold, vice-president for supply chain and customs policy at the National Retail Federation, said tariff hikes will mean higher costs for US businesses and consumers and lost jobs for many US workers.

The federation, the world's largest retail trade association, urged the US administration to stay focused on a trade agreement and expressed hope that the negotiations will get back on track.

"It would be unfortunate to undermine the progress that has been made with more tit-for-tat tariffs that only punish Americans," Gold said in a statement.

Liu Zhihua contributed to this story.