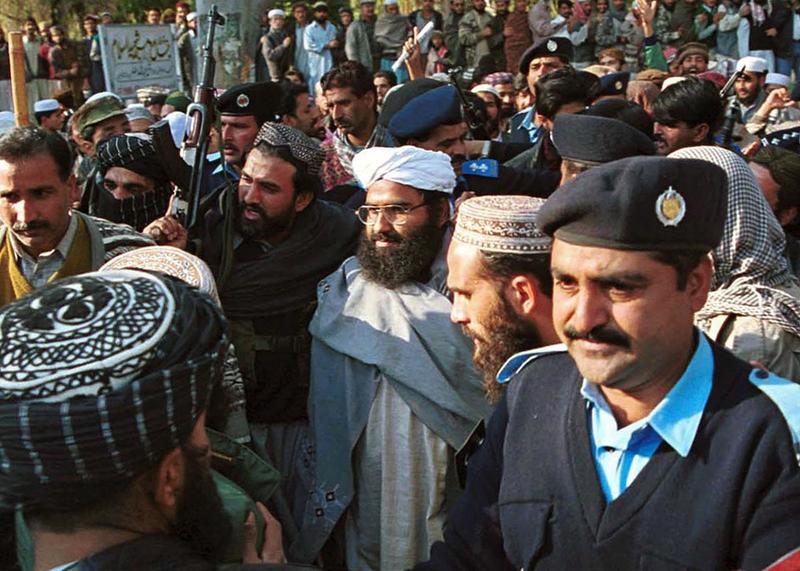 ISLAMABAD — Pakistan is trying to avoid getting blacklisted by the Financial Action Task Force, a global watchdog, when it meets Wednesday in Paris.

Pakistan has banned 66 organizations declared terrorist or terrorist-supporting groups and listed another estimated 7,600 individuals under its anti-terrorism act

A report earlier this month by the task force's Asia Pacific Group, which monitors Pakistan's progress, is not encouraging.

The report says Pakistan has fully implemented only one item from a list of 40 measures that the country should be taking to curb terrorist financing and money laundering. The other 39 measures were either partially implemented or in some cases overlooked entirely.

Iran and the Democratic People's Republic of Korea (DPRK)  are currently the only two countries on the blacklist.

Being blacklisted would be a serious blow for Pakistan's Prime Minister Imran Khan as he tries to boost its faltering economy and attract foreign investment and loans.

Pakistan got a mixed review for its efforts to curb terrorist financing and money laundering as it tries to avoid getting blacklisted by the Financial Action Task Force, a global watchdog, when it meets Wednesday in Paris.

A report earlier this month by the task force's Asia Pacific Group, which monitors Pakistan's progress, was not encouraging. It found Pakistan had fully implemented only one item from a list of 40 measures that the country should be taking to curb terrorist financing and money laundering, if it wants to stay off the blacklist. The other 39 measures were either partially implemented or in some cases overlooked entirely.

Just as Pakistan has been trying to get on its feet financially, having secured a US$6 billion loan from the International Monetary Fund and a US$6 billion package from Saudi Arabia, it might get knocked back down by getting put on the list.

"It would no longer be business as usual in Pakistan," said Amir Rana, director of the Islamabad-based Pakistan Institute for Peace Studies.

Being blacklisted could even jeopardize Pakistan's multi-billion dollar part in China's Belt and Road Initiative, a global endeavor aimed at reconstituting the Silk Road and linking China to all corners of Asia. In Pakistan, it has been billed as a massive development program that will bring new prosperity to the South Asian nation, where the average citizen lives on just US$125 a month.

But if Pakistan is blacklisted, every financial transaction would be closely scrutinized, and doing business in Pakistan would become costly and cumbersome, said Rana. He said restrictions could be imposed on international lending agencies, including the International Monetary Fund, Asian Development Bank and the World Bank, which are all key money lenders to Pakistan.

Rana also said Pakistan hasn't made the institutional changes it needs to seriously tackle terrorism financing and the terrorist-declared groups that still operate in Pakistan — some of whom have been resurrected under new names.

He blamed police and bureaucratic incompetence, mismanagement and a conflicted military and intelligence apparatus. These security agencies are still undecided about whether to break all ties with groups they have long considered "assets," particularly against neighboring India, Pakistan's longtime nemesis.

At one juncture, Rana said Pakistan had sought to differentiate between what it considered bad and worse groups. Authorities put anti-India groups like Lashkar-e-Taiba in the less dangerous category, and put groups like al-Qaida, Tehrik-e-Taliban and the Baluchistan Liberation Army on the more dangerous list.

If Pakistan's security establishment was serious about breaking ties, Rana said, it needs to lay out a plan of action, one that details a reintegration plan for members of these groups as well as a strategy of how it would arrest and prosecute those who carry out acts of terror in other countries.

Meanwhile, Qureshi accused neighboring India of lobbying to get his country blacklisted.

"India tried its best to get us blacklisted. God willing, you will see that all such efforts will fail," he said.

Pakistan has reportedly lobbied both Turkey and Malaysia to seek an extension at the task force meeting, promising to be 100% compliant by June 2020.

Qureshi, meanwhile, said the government has spent the last 10 months taking steps to curb both money laundering and terror financing.

But the job is a big one.

Pakistan has banned 66 organizations declared terrorist or terrorist-supporting groups and listed another estimated 7,600 individuals under its anti-terrorism act. India's most wanted man, Hafiz Saeed, lives in Pakistan and has a US$10 million US-imposed bounty on his head.

Also based in Pakistan is the terrorist-designated group Jaish-e-Mohammad, which claimed responsibility for a February suicide attack in the Indian-controlled portion of the disputed Kashmir region. That attack killed 40 Indian soldiers and caused tensions to spiral upward between India and Pakistan, bringing the two nuclear-armed nations unsettlingly close to war. They've already fought three wars since Britain ended its colonial rule over the Indian subcontinent in 1947.

Earlier this year, the United Nations added Masood Azhar, the head of Jaish-e-Mohammed, to its blacklist after several unsuccessful attempts. After the February attack, Imran Khan's government took control of the many schools run by Azhar's group as well as clinics and even an ambulance service.

Dozens of his activists have been arrested, but Rana, the security analyst, said the legal system is hindered by its use of what he called "secret courts." He advocated for a free and transparent court system, rather than the current judicial procedures held behind closed doors or in military courts, also closed to public scrutiny.

The Asia Pacific Group report — which is set to be reviewed during this week's task force meeting — said that while Pakistan seized some assets, the amounts seized were very small considering the extent of the money laundering and terrorist financing believed to be going on in the country. The report also criticized Pakistan's efforts at stemming the movement of illicit money across borders.

The report gave good marks to Pakistan's banks and larger exchange companies at putting in controls to detect and protect against money laundering and terrorism financing. However, it said the State Bank of Pakistan "does not have a clear understanding of the ML (money laundering) and TF (terrorist financing) risks unique to the sectors it supervises." But it is improving, the report added.

Overall, much of the report suggested Pakistan had mostly failed at making the institutional changes needed to ferret out those who finance terror and put an end to it. Whether Pakistan joins Iran and the DPRK on the blacklist remains to be seen.