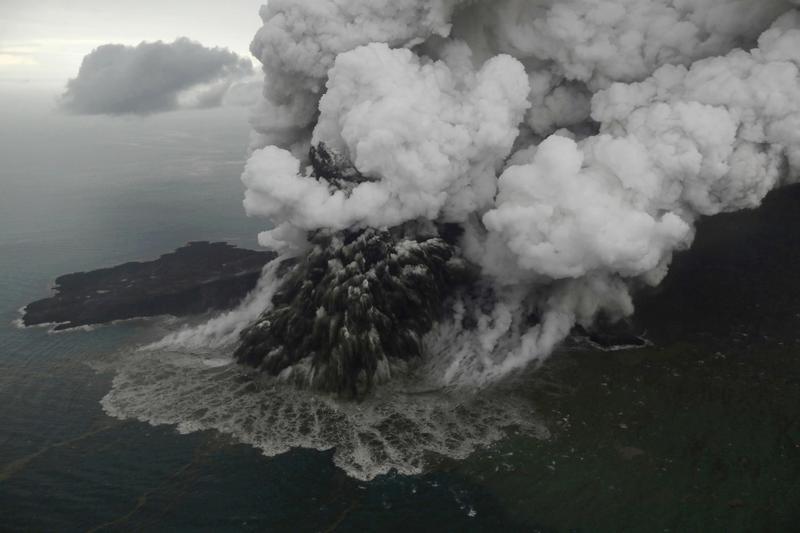 CIGONDONG/JAKARTA, Indonesia — As Indonesia reels from the carnage of yet another natural disaster, authorities around the globe are working on how they can prepare for the kind of freak tsunami that battered coasts west of Jakarta this month.

In Indonesia, the tsunami warning system of buoys connected to seabed sensors has been out of order since 2012 due to vandalism, neglect and a lack of public funds

The Dec 23 tsunami killed around 430 people along the coastlines of the Sunda Strait, capping a year of earthquakes and tsunamis in the vast archipelago, which straddles the seismically active Pacific Ring of Fire.

No sirens were heard in those towns and beaches to alert people before the deadly series of waves hit shore.

Seismologists and authorities say a perfect storm of factors caused the tsunami and made early detection near impossible given the equipment in place.

But the disaster should be a wake-up call to step up research on tsunami triggers and preparedness, said several of the experts, some of whom have traveled to the Southeast Asian nation to investigate what happened.

"Indonesia has demonstrated to the rest of the world the huge variety of sources that have the potential to cause tsunamis. More research is needed to understand those less-expected events," said Stephen Hicks, a seismologist at the University of Southampton.

Most tsunamis on record have been triggered by earthquakes. But this time it was an eruption of Anak Krakatau volcano that caused its crater to partially collapse into the sea at high tide, sending waves up to 5 metres high smashing into densely populated coastal areas on Java and Sumatra islands.

During the eruption, an estimated 180 million cubic metres, or around two-thirds of the less-than-100-year-old volcanic island, collapsed into the sea.

But the eruption didn't rattle seismic monitors significantly, and the absence of seismic signals normally associated with tsunamis led Indonesia's geophysics agency (BMKG) initially to tweet there was no tsunami.

Muhamad Sadly, head of geophysics at BMKG, later told Reuters its tidal monitors were not set up to trigger tsunami warnings from non-seismic events.

The head of Japan's International Research Institute of Disaster, Fumihiko Imamura, told Reuters he did not believe Japan's current warning system would have detected a tsunami like the one in the Sunda Strait.

"We still have some risks of this in Japan...because there's 111 active volcanoes and low capacity to monitor eruptions generating a tsunami," he said in Jakarta.

Scientists have long flagged the collapse of Anak Krakatau, around 155 km west of the capital, as a concern. A 2012 study published by the Geological Society of London deemed it a "tsunami hazard."

Anak Krakatau has emerged from the Krakatoa volcano, which in 1883 erupted in one of the biggest explosions in recorded history, killing more than 36,000 people in a series of tsunamis and lowering the global surface temperature by one degree Celsius with its ash. 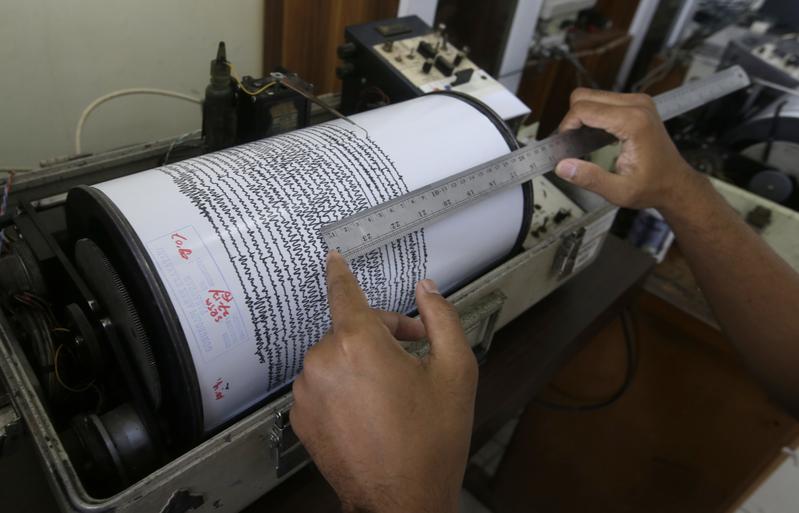 An official looks a seismograph at an observation post near a recent volcanic eruption in Carita, Indonesia, Dec 27, 2018. (ACHMAD IBRAHIM / AP)

Some experts believe there was enough time for at least a partial detection of last week's tsunami in the 24 minutes it took waves to hit land after the landslide on Anak Krakatau.

But a country-wide tsunami warning system of buoys connected to seabed sensors has been out of order since 2012 due to vandalism, neglect and a lack of public funds, authorities say.

"The lack of an early warning system is why Saturday's tsunami was not detected," said disaster agency spokesman Sutopo Nugroho, adding that of 1,000 tsunami sirens needed across Indonesia, only 56 are in place.

"Signs that a tsunami was coming weren't detected and so people did not have time to evacuate."

The cost of covering the country is estimated at 7 trillion rupiah (US$481.10 million). That is roughly equivalent to Indonesia's total disaster response budget of 7.19 trillion rupiah for 2018, according to Nugroho.

But other experts say even if this network had been working, averting disaster would have been difficult.

"The tsunami was very much a worst-case scenario for any hope of a clear tsunami warning: a lack of an obvious earthquake to trigger a warning, shallow water, rough seabed, and the close proximity to nearby coastlines," said seismologist Hicks.

In the Philippines, Renato Solidum, undersecretary for disaster risk reduction, said eruptions from the country's Taal volcano had caused tsunami waves before in the surrounding Taal Lake.

He told Reuters that what happened in Indonesia showed the need to "re-emphasize awareness and preparedness" regarding volcanic activity and its potential to trigger tsunamis in the Philippines.

In Indonesia earlier this year, a double quake-and-tsunami disaster killed over 2,000 people on Sulawesi island, while at least 500 died when an earthquake flattened much of the northern coastline of the holiday island of Lombok.

In a country where, according to government data, 62.4 percent of the population is at risk of being struck by earthquakes and 1.6 percent by tsunamis, attention is now focused on a continued lack of preparedness. 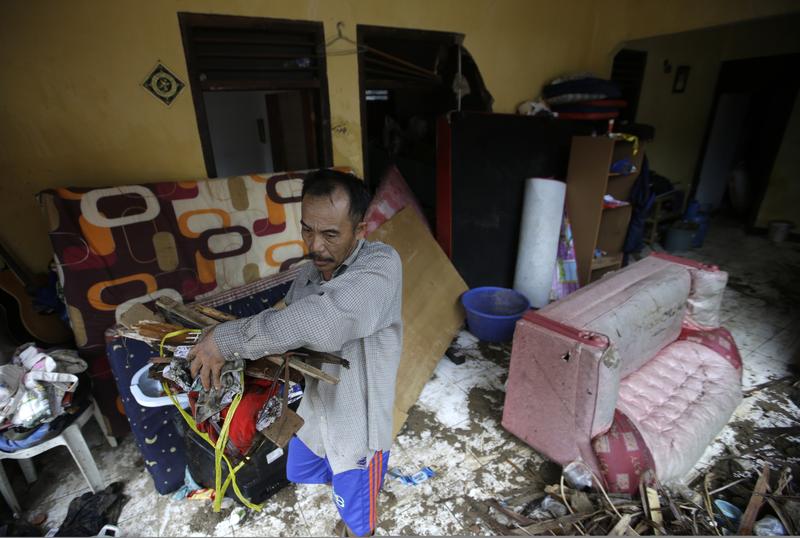 "Given the potential for disasters in the country, it's time to have disaster education be part of the national curriculum," Widodo told reporters after the latest tsunami.

He told Reuters that people in his village of Cigondong on the west coast of Java and close to Krakatau had never received any safety drills or evacuation training.