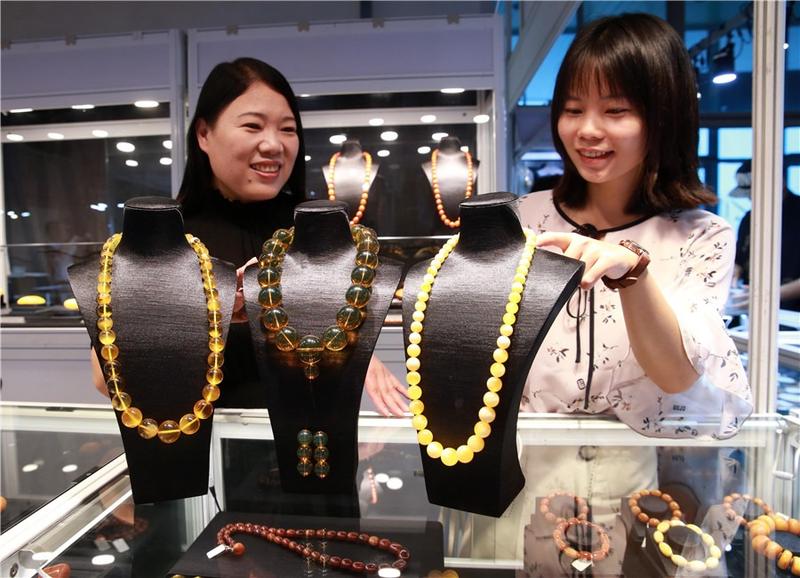 Gold consumption in China reached 523.54 metric tons during the first half of 2019, down 3.27 percent year-on-year, against the backdrop of China closing down outdated production facilities and optimizing its industrial structure, according to the China Gold Association.

Gold is still a traditional safe-haven metal for investors, especially during times of turbulence in stock and financial markets

However, demand for domestic gold jewelry has been driving the global gold industry for a long time. Consumption in the jewelry sector increased steadily to reach 358.77 tons in the first six months, up around 1.97 percent year-on-year, boosted by better designs, varieties, and higher added value.

"China's total gold output decreased as the industry is upgrading the production techniques and cleaning up some mining rights issues," said Zhu Yi, senior analyst of metals and mining at Bloomberg Intelligence.

Gold is still a traditional safe-haven metal for investors, especially during times of turbulence in stock and financial markets. Domestic companies in the gold sector have been pushing forward high-quality development, to close down outdated production facilities, optimize the industrial structure, integrate high-quality gold resources, against a background of global macroeconomic weakness and domestic economic restructuring, the association said.

China National Gold Group Co Ltd has rooted out 31 so-called zombie companies so far－enterprises that are heavily in debt or rely on bailouts to survive.

Zijin Mining Group Co Ltd witnessed a rapid year-on-year growth of its overseas mineral gold output in the first half of this year, as the company has been continuing its expansion of gold assets in countries rich in resources like large mines of gold and copper.

Zijin's overseas projects are going to be the mainstay of its development so as to seek more opportunities to compete in the global market, Chen Jinghe, its chairman, told China Daily earlier.

The gold price is likely to be pushed higher due to its safe-haven function amid economic and political uncertainties, she said.

"Large-scale gold producers are increasing capacity and output to ride on the price hike. Going overseas for mining assets is one of the quickest ways to add reserves and output."

According to the association, China's gold output dropped 9.6 tons to 180.68 tons during the first six months in 2019, down 5.05 percent year-on-year, as a result of miners' production cuts, suspension of production due to environmental and technical issues, and upgrade of production lines in regions, including Henan and Inner Mongolia.

Provinces that see the most mineral gold output include Shandong, Henan, Yunnan, Inner Mongolia and Gansu, with total mineral gold output reaching 62.91 tons during the first six months of this year, accounting for nearly 41 percent of the national total output, and down more than 7 percent year-on-year, said the association.

China saw its gold reserves up for a seventh straight month in June, with gold reserves reaching 1,926.55 tons by the end of June, according to the People's Bank of China.

The first half of this year saw an increase of gold reserves up to 74.03 tons, it said.