Truex chasing title as NASCAR's current king of the road

Truex is seeking his third consecutive victory on a road course in NASCAR's stop Sunday at Watkins Glen. The 11-turn, 3.4-mile circuit joins Sonoma (California) Raceway as the only two true road courses on the Cup schedule.

The 11-turn, 3.4-mile circuit joins Sonoma (California) Raceway as the only two true road courses on the Cup schedule

Truex won at Watkins Glen last summer, in California in June, and now is chasing Stewart and Gordon for the mark of three straight. The reigning Cup champion figures he's successful on road courses because he enjoys the challenge of the rare right-hand turns.

"It's a unique set of circumstances. It's an extra-special feeling to win on tracks that are completely different like this," Truex said Saturday, insisting he could be going for four straight if not for an engine failure at Sonoma last year. His Furniture Row Racing No. 78 Toyota led 25 laps in that race before the engine blew.

"I think we should have three in a row already with the trouble we had at Sonoma last year, but that's kind of the way it goes in racing," he added.

Truex is part of the "Big 3" in NASCAR that is dominating the season. Truex, Kevin Harvick and Kyle Busch have combined to win 16 of the 21 Cup races. Truex has four victories, but three of those wins have come in the last eight outings. The Sonoma win was by a margin of over 10 seconds and was aided by crew chief Cole Pearn's gamble to pit off-sequence from the rest of the leaders.

Pearn was pivotal last year at The Glen when the No. 78 won a strategic fuel mileage race. Truex held off Matt Kenseth on the final lap after Brad Keselowski and Ryan Blaney were forced to pit for gas as the race wound toward the checkered flag. 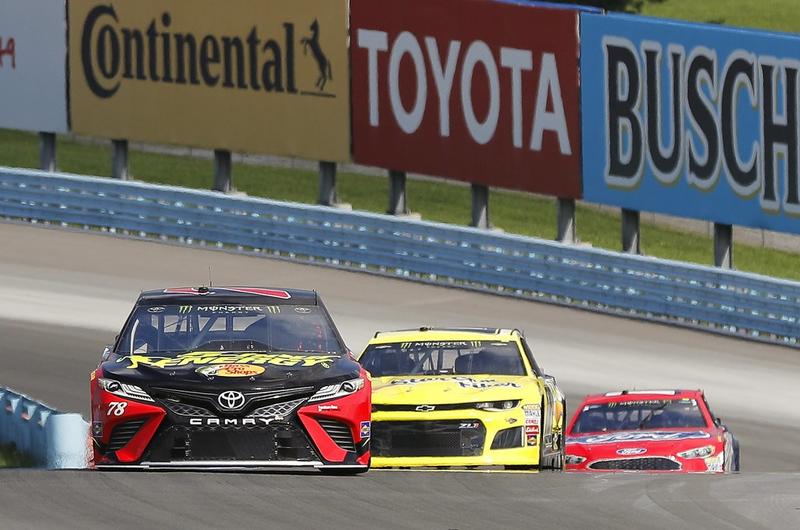 "You do what you can do," said Keselowski, a three-time runner-up at The Glen, "if it takes strategy to win, you play strategy. If you can win on speed, you try to win on speed."

Opportunities to win have been rare this season because of the Big 3 and Joey Logano doesn't expect those drivers to give an inch Sunday on the high-speed road course. Busch, Harvick and Truex are the only active drivers in the Cup Series with previous wins at both Sonoma and Watkins Glen.

"I still expect the same cars to be fast," Logano said. "It wouldn't be surprising to see those three cars being three of the fastest."

The trio was as dominant as always last week at Pocono when Busch and Harvick had to start at the back of the field after their cars failed post-qualifying inspection. They responded by quickly working their way to the front and Busch captured his sixth victory of the season in his No. 18 Toyota, holding off Joe Gibbs Racing teammate Daniel Suarez on a restart in overtime.

Catching up has been an uphill battle, even for drivers under the same roof. 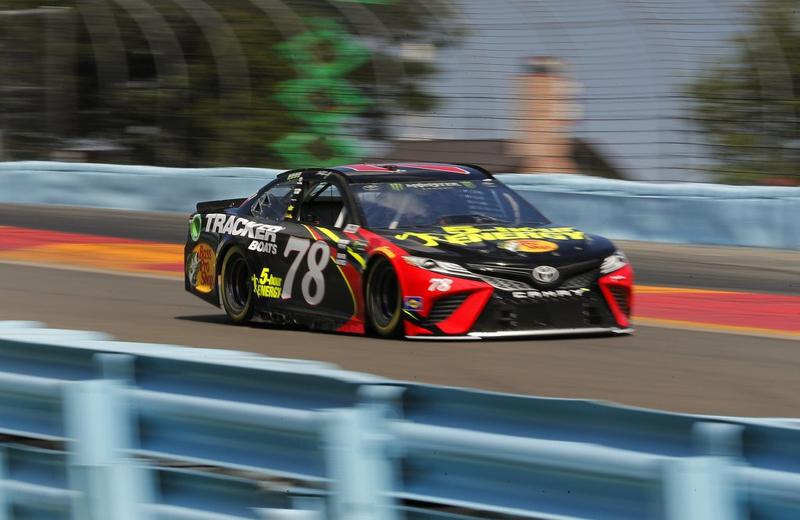 Martin Truex Jr. (78) comes out of the first turn on the course during a practice session for a NASCAR Cup series auto race, Aug 4, 2018, in Watkins Glen, NY (JULIE JACOBSON / AP)

"I truly believe that to be fast at the racetrack, you need to have a fast car out of the hauler," Suarez said. "That's key. It's impossible ... when you get the car out of the hauler to make that 20th-place car a winning race car by the end of second practice. That doesn't happen because everybody is improving and you cannot improve that much."

Sunday will be a marathon for NASCAR and the teams because inspection this week was moved to prior to the race. At Pocono, a two-day "enhanced weekend" like Watkins Glen, the inspections were performed after Saturday qualifying and it took hours with several cars failing.

"You adjust your game plan accordingly if something does happen to go awry," Busch said. "It's going to be a quick turnaround for people to figure out their game plan."