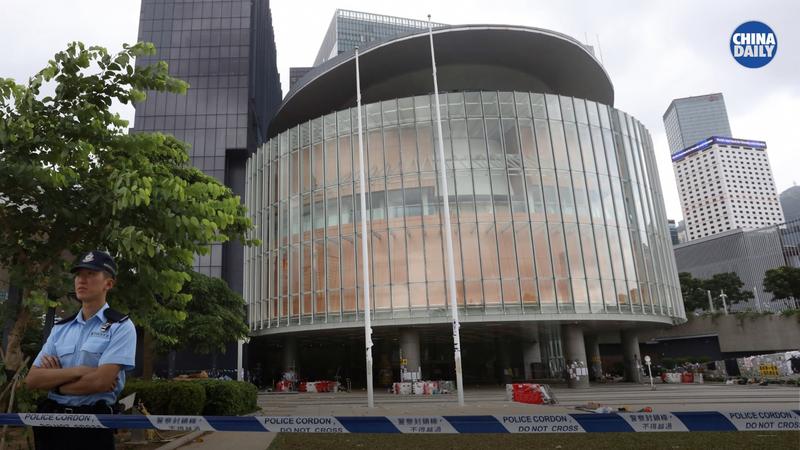 BEIJING/HONG KONG - A spokesperson for the Hong Kong and Macao Affairs Office of the State Council spoke Tuesday of the violent acts of storming the Legislative Council (LegCo) Complex in the Hong Kong Special Administrative Region (HKSAR) on Monday evening.

Protesters' violent acts are a blatant defiance of the “one country, two systems”, a spokesperson for the Hong Kong and Macao Affairs Office of the State Council said

The spokesperson expressed firm support for the HKSAR government and its police in handling the incident and investigating the criminal responsibility of violent offenders in accordance with the law.

It is a blatant defiance of the “one country, two systems”, the spokesperson said.
Later Tuesday, the Liaison Office of the Central People's Government in the Hong Kong Special Administrative Region voiced shock, indignation and strong condemnation over the violent acts of storming the LegCo Complex that took place on Monday.

Some ultra-radicals stormed the LegCo Complex in an extremely violent manner and conducted lawless acts that caused mass destruction, which was shocking, distressing and infuriating, an official in charge of the liaison office said.

The official said the atrocities extremely provoked and trampled on the rule of law in Hong Kong and seriously undermined the social stability, which could never be tolerated.

The liaison office supports the HKSAR government in investigating relevant violent acts in accordance with the law, firmly upholding the rule of law and social order in Hong Kong, and working with people from all walks of life to safeguard the prosperity and stability of Hong Kong, according to the official. 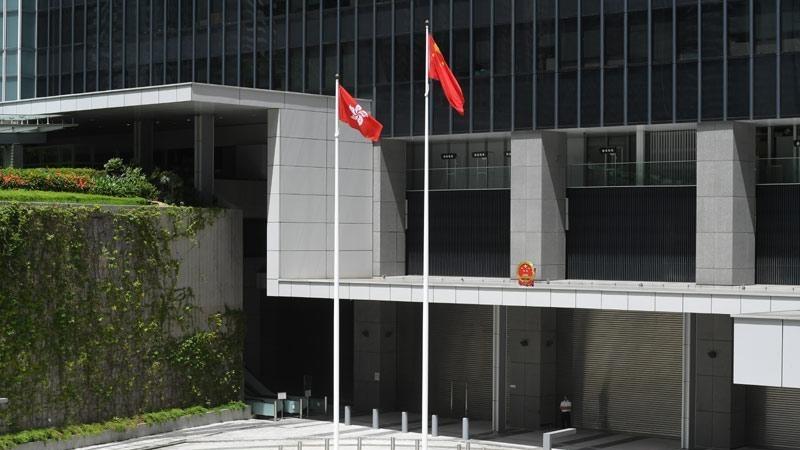 Leung, after inspecting the complex on Tuesday, said the LegCo will cancel the remaining two meetings scheduled before its summer recess in mid-July as restoration is needed to repair the extensive damage.

“I believe many people from Hong Kong are also saddened by what happened in the LegCo,” Leung said.

Leung hoped the society could find a way rational forward for the interests of Hong Kong.

Apart from the severe damage caused inside and outside of the complex, it was reported that some computer hard drives were missing after protesters stormed into the building. Police continued to collect evidence in the complex on Tuesday.

The Law Society of Hong Kong also condemned the violent siege of the LegCo, saying the open defiance of the law by some protesters is to be deplored.

The American Chamber of Commerce in Hong Kong expressed a similar sentiment. It said while it respects the right of people to peacefully express their concerns, it joined the Chief Executive Carrie Lam Cheng Yuet-ngor in condemning the violence displayed by protesters on Monday night.

The Hong Kong General Chamber of Commerce strongly condemned the violence and hoped calm can be restored by resolving differences through rational dialogue and constructive engagement.

Meanwhile, the Social Affairs Committee of the Hong Kong Federation of Trade Union protested against the US Consul General Kurt W. Tong’s offending and inaccurate remarks on Hong Kong. The union said Tong has not only interfered in Hong Kong's internal affairs, but also harmed the relationship between Chinese and US people.