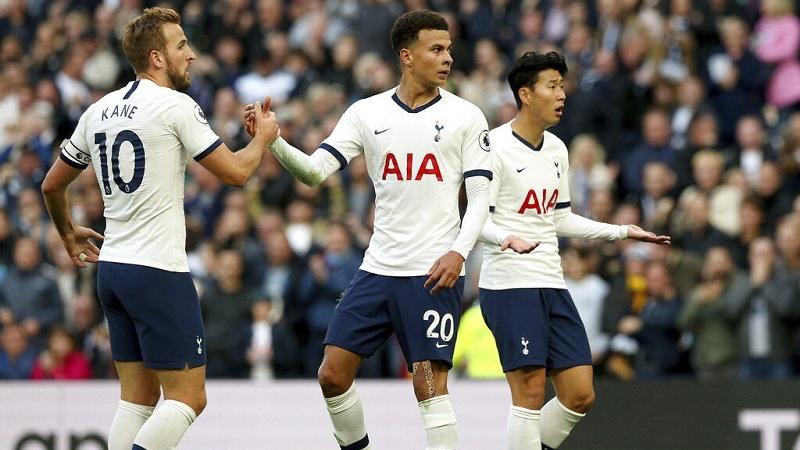 LONDON - Tottenham's struggles in the Premier League showed no signs of ending as Spurs needed a late equalizer just to earn a 1-1 home draw against last-place Watford on Saturday.

The debate around VAR will likely go on as well, after the video-replay system sparked more confusion and controversy on day when it had a direct impact on three games.

Dele Alli's late equalizer for Tottenham was allowed to stand after a VAR check, despite the midfielder seemingly using his arm to control the ball before slotting home in the 86th minute. In addition, the big screens at Tottenham Stadium initially showed that VAR had overturned the goal, before the referee pointed to the spot and allowed it to stand.

Burnley manager Sean Dyche was also left fuming after VAR overturned a late equalizer for his team against Leicester, which came from behind to win 2-1 on the day the club marked the one-year anniversary of chairman Vichai Srivaddhanaprabha's death.

Wolverhampton Wanderers, meanwhile, had two goals disallowed by VAR in the first half as it was held to a 1-1 draw by Southampton at home - although both those decisions appeared correct.

Manchester City also had a strong penalty appeal denied by VAR, but that didn't stop the defending champion from easing to a 2-0 win at Crystal Palace. 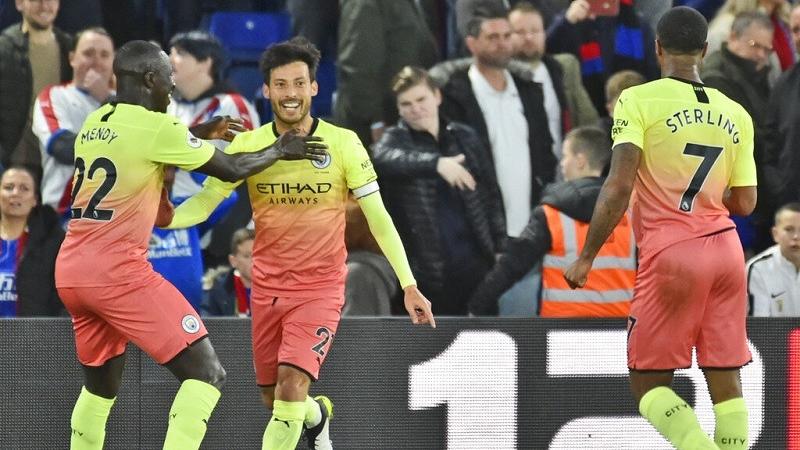 Also Saturday, Chelsea joined Leicester in moving into the top four by beating Newcastle 1-0 at home for its fifth straight win in all competitions, Everton beat West Ham 2-0, Aston Villa rallied to defeat 10-man Brighton 2-1, and Bournemouth drew 0-0 at home against Norwich.

The message on the big screens at Tottenham Stadium said: No Goal. That wasn't the message referee Chris Kavanagh received in his ear from the video replay booth, though. So Kavanagh allowed Alli's 86th-minute equalizer to stand, meaning the home crowd went from celebrating to groaning to once again cheering in a confusing couple of minutes that will only fuel the debate about the use of VAR in the Premier League.

The goal will do little to quell talk about a crisis brewing at Spurs, either.

Watford looked headed for its first league win of the season after Abdoulaye Doucoure put the visitors ahead in the sixth minute and Tottenham once again looked short of inspiration as it struggled to find a response.

But Alli scored his first goal for Spurs since January, capitalizing on a goalkeeping mistake by Ben Foster.

It saved Spurs from a third straight loss in all competitions, following the embarrassing 7-2 rout by Bayern Munich in the Champions League and a 3-0 defeat to Brighton before the international break.

"Of course it's a relief," Alli said about the VAR decision. "I was sure it didn't hit my hand but then you start thinking did it? I tried to make sure it didn't touch it so I could get the strike away. We know we have a world-class team so it's about showing what we can do when things don't go our way. It's important we turn it around. We know how good we are, we just have to start showing it on the pitch."

Man City shrugged off a defensive injury crisis to ease past Palace and maintain some pressure on leader Liverpool.

Gabriel Jesus and David Silva scored within 95 seconds of each other in the first half to help Pep Guardiola's team respond after losing at home to Wolverhampton Wanderers before the international break.

The win, against a team that beat City at the Etihad Stadium last season, also cuts Liverpool's lead to five points ahead of its game at Manchester United on Sunday.

City had to line up with midfielders Fernandinho and Rodri at center back after Nicolas Otamendi picked up a knock while on international duty with Argentina.

But most of the action took place at the other end, with Kevin De Bruyne returning from a groin injury to help the visitors dictate play at Selhurst Park.

After a slow start to the season, Frank Lampard's Chelsea is starting to look like a genuine top-four contender. 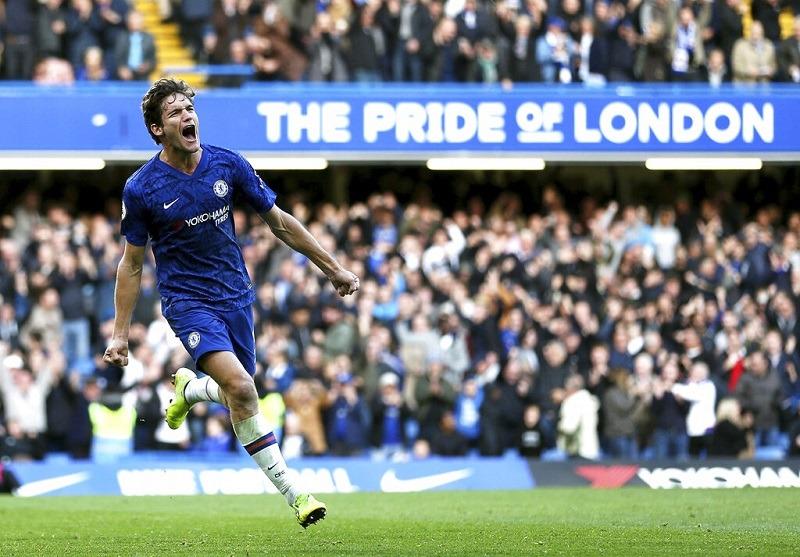 Marcos Alonso scored his first goal of the season to break the deadlock against Newcastle in the 73rd minute at Stamford Bridge.

Callum Hudson-Odoi was impressive again for Chelsea and helped set up the goal, having previously created good scoring chances for Willian and Mason Mount.

The win moved Chelsea into the top four for the first time this season, although it could be overtaken by Arsenal on Monday.

"We know we want to be challenging in the top four and from a slightly difficult start it's a good sign that we are moving in the right direction," Lampard said. "But our arrival in the top four must give us the hunger to stay there."

It was an emotional afternoon at the King Power Stadium as Leicester used the Burnley game to honor Vichai, the Thai billionaire who died in a helicopter crash just outside the venue on Oct 27 last year. 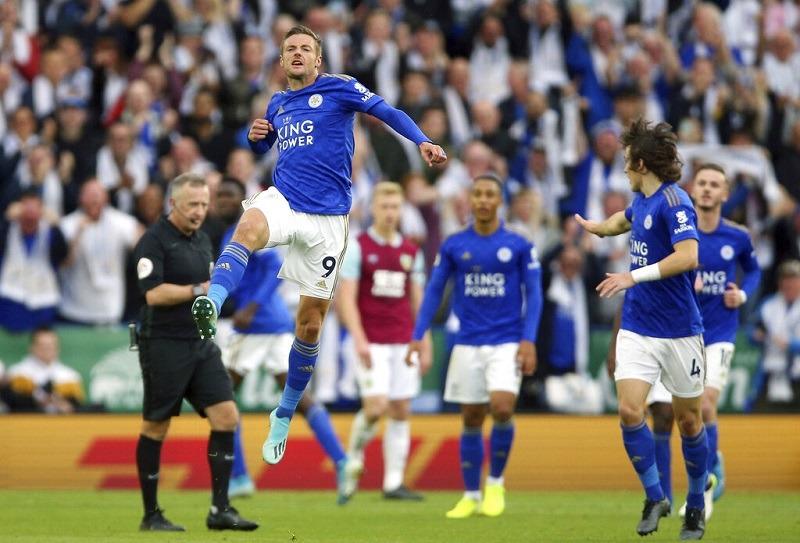 Around 5,000 supporters took part in a walk through the city to the stadium before the match, while a minute's silence was held before kickoff.

Youri Tielemans scored the winner in the 74th minute to complete a comeback, after Jamie Vardy had canceled out an opening goal for the visitors by former Leicester player Chris Wood.

Wood later thought he had equalized but his goal was ruled out by VAR for a trip on Jonny Evans.

"I'm very disappointed. I'm a big fan of VAR but it has to be used more wisely than that," Dyche said. "There is contact but we're talking about people who have been around the game long enough to know what body language means. . The key moment has gone against us." 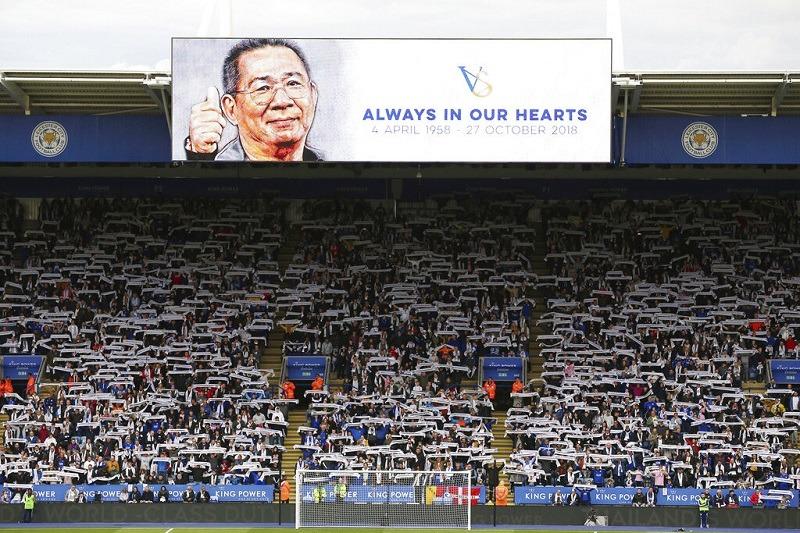