Digital marketing veteran Willy Yang Jiongwei is very much with the trend in the industry. He tells Edith Lu what his company is doing could give the likes of Google a run for their money. 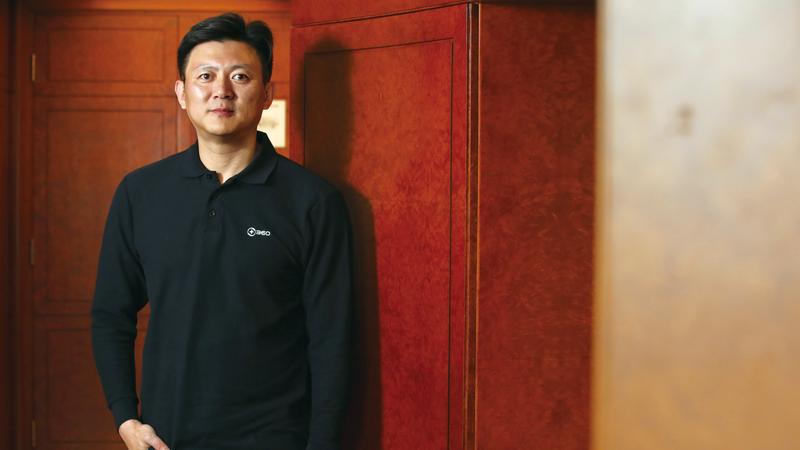 You may have experienced something similar — once you’ve typed “basketball” into the search bar of a certain website, you’ll be swarmed with loads of advertisements about basketball even when you’re going through web pages that have nothing to do with it.

This is what’s known as search advertising — one of the most important segments of digital marketing — says Vice-President of 360 Group Willy Yang Jiongwei, who’s in charge of all commercial products, as well as research and development, at the company.

“Some commercials are to meet users’ needs and some are for their interests. Normally, people’s intentions are much stronger than their interests, as they’re eager to be satisfied as soon as possible,” explains Yang. “And search advertising on which 360 is based belongs to the first type.”

Being among the first batch of internet security companies in China, 360 Group began with free anti-virus software and has now tapped into many areas, such as search engines.

When others are digging it up from mines, I decide to give them water

The company’s personal computer security products had grabbed a 95.66-percent market share by the end of 2017, with more than 500 million monthly active users, according to its annual report.

The group has also gained various interactive scenarios with users via these platforms and products. Through online advertising and content services, the company generates revenues, leveraging a massive user base.

Similar to Google’s search advertising mechanism, 360 — the second-largest search engine in China by market share — also takes advantage of its significant amount of traffic. According to the company’s annual report, internet advertising services accounted for the bulk of its total revenue with a 53.89-percent rise to over 9.12 billion yuan (US$1.3 billion) in 2017. Its gross margin reached 81.43 percent, increasing by 2.15 percentage points from a year before.

“Users express their intentions by entering keywords, enabling search engines to capture their current needs and satisfy them in time,” he says.

In other words, search advertising collects data and then guesses “what their purpose is” after people have shown their intentions. Social marketing pictures users’ profiles according to their personal data, as well as browsing their habits and then speculates “who the user is”.

Take the example of the company’s collaboration with Sa Sa International Holdings. As the Hong Kong-based cosmetics retailer is willing to tap more into e-commerce, 360 has added more information instead of a simple link when people search Sa Sa on its website. Sales promotion, well-known brands and popular products are highlighted.

Meanwhile, Sa Sa could also attach its display advertisement to certain keywords in order to recruit potential consumers. When people search these words, they could check Sa Sa’s commercial on the sidebar.

“Things like which keywords with what content for what kind of audience and at what price were all decided by experienced professionals before,” says Yang. “But now, clients could tell the advertising effects they want, such as the rise in registration number or in sales volumes and then artificial intelligence will help optimize the advertising.”

With the advancement in AI technologies, more possibilities for online marketing have opened up. Catching the AI wave, 360 uses AI tools in different areas of marketing, especially for small- and medium-size enterprises.

“We call AI a democratization as it enables SMEs to narrow their gap with large companies,” says Yang.

He says large companies have more human capacity and professional resources, while SMEs could not afford the huge spending. But AI can help SMEs produce an advertising idea in graphics, even though video is close to the level of a human designer.

The company’s AI-empowered product Da Vinci Canvas creates hundreds of templates for clients every day. It has learnt all the commercials available and is being trained by human designers for further improvement.

All these depend on the algorithm behind it, and that’s why data is becoming more and more important for the advertising industry. It has now entered into an age driven by algorithm. Algorithm decides on the type of advertising contents and products to be presented.

Does it mean that the principle of “content first” does not work anymore compared to popular advertising techniques?

Yang believes the answer is “no”. “The machine just plays the role of assembling information rather than creating contents in the true sense of the word. It helps to collect information and assist analysis. But generating insights and cognitions from data is always the job of human beings.”

In fact, the precise target advertisement has terrified some of the users as they feel their social network is being monitored and privacy is invaded. The boundary of user privacy and data available to the platform seems not well defined.

The right to know

“First, it should be clear that the right to know, to own and to control personal data must be in users’ hands. Users must be informed what their personal data will be used in whatever way,” says Yang.

He explains that the platform has to carefully hide users’ identity information after it is authorized to be used within the platform. Selling information to the third party is forbidden.

From the marketing perspective, there’s no need to have users’ identity information, such as his or her name, photo and detailed address, Yang adds.

The industry is now trying to make up the leak in users’ right of control. The European Union launched a general data protection regulation two years ago, aiming to give control to individuals over their personal data.

Platforms should allow users to amend the using range as users have the right to give less data or erase all their personal data under certain circumstances.

As an internet security-focused company, 360 has set a department of privacy protection led by a “chief privacy officer” to make sure the company’s access to user information is lawful and ethical.

“It is 360’s unshirkable responsibility to help build a healthy internet environment to avoid cases of massive database and privacy leak,” says Yang.

Keeping up with the times in technology

Having been rooted in the advertising industry for nearly 20 years, the footprint of 360 Group Vice-President Willy Yang Jiongwei is to follow the changing times and his pursuit of technology.

“I did not consider too much at those points, but it is found that everything happened for a reason when I look back,” he says.

Back in 2000, before the burst of the information technology bubble, dot-com companies, whose businesses were mainly through websites using the popular top-level domain “.com”, sprang up like mushrooms, thanks to the birth of World Wide Web.

Many of them said they have caught the audience’s eyes and then would sell advertisements to earn money.

Yang witnessed the internet boom during his college life at Fudan University in Shanghai, majoring in computer software. He hoped to grab the chance, but in a different way that can reap his advantage in computer technology.

“When others are digging it up from mines, I decide to give them water,” says Yang, using the metaphor.

He joined the founding of China’s largest digital marketing agency Allyes as president and being responsible for technology research and business development.

Allyes used to sell advertising technology software to dot-com companies. But, with the dot-com crash, these companies could not afford Allyes’ products. It forced Allyes to transform the business into an advertising agency, oriented to meeting clients’ needs.

“It’s a pity that the transformation hindered Allyes’ advancement in advertising technology,” says Yang, feeling sorry as a believer in technology.

With the emergence of the new economy led by e-commerce in 2007, he saw the effect of advertisement being evaluated and the role of technology becoming  more and more important.

Aiming to rebuild an advertising platform, Yang decided to do it himself and founded a digital commercial technology startup — MediaV Advertising — in 2009. The startup grew rapidly and had accumulated some 30,000 clients in four years.

But the founder also noticed its challenge — the huge investment. The majority profits of the startup were used on its 100 engineers, but the number of clients and the amount of data did not catch up with the expenses.

While its strengths and needs matched perfectly with 360 Group which owns lots of clients and vast data but is poor in the  technology of display advertising. The two complemented each other and, finally, Yang joined 360 in 2014 with his startup merging into the major company.