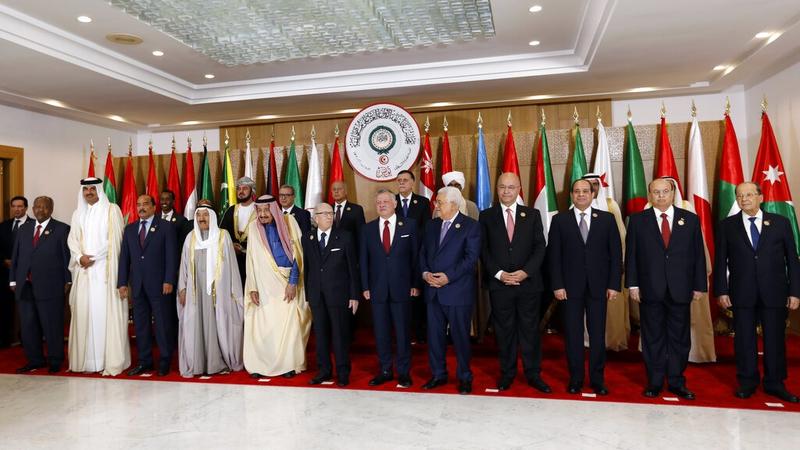 TUNIS, Tunisia — The Arab League rejected the US recognition of Israeli control over the Golan Heights and other Trump administration policies seen as unfairly biased toward Israel at an annual summit on Sunday, showcasing unity on one of the few issues that unites the regional bloc.

Arab leaders also reiterated their commitment to resolving the conflict based on the Arab Peace Initiative of 2002, in which they would recognize Israel in return for a full withdrawal from the Golan Heights as well as east Jerusalem and the West Bank, lands occupied in the 1967 war.

This year's Arab League summit, held in Tunisia, comes against a grim backdrop of ongoing wars in Syria and Yemen, rival authorities in Libya and a lingering boycott of Qatar by four fellow League members.

Algeria's President Abdelaziz Bouteflika and Sudan's President Omar al-Bashir skipped the meeting as they contend with mass protests against their long reigns. Syria, a founding member, was expelled in 2011 during the early days of the uprising against President Bashar Assad.

Representatives from the 22-member league — minus Syria — jointly condemned President Donald Trump's recognition of Israel's annexation of the Golan Heights and his decision last year to recognize Jerusalem as Israel's capital.

In their final statement after the daylong summit, the leaders affirmed that the Golan, a strategic plateau once used to shell northern Israel, is "Syria's occupied territory." At the opening of the summit, King Salman said Saudi Arabia "absolutely rejects any measures undermining Syria's sovereignty over the Golan Heights" and supports the creation of a Palestinian state in the West Bank and the Gaza Strip, with east Jerusalem as its capital. 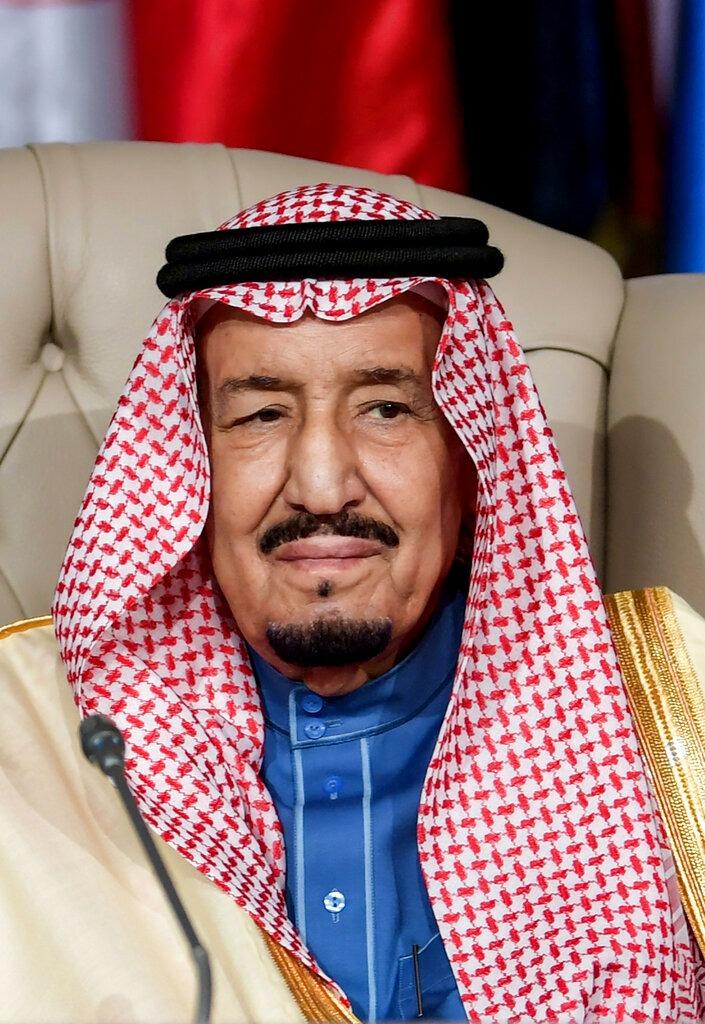 He added that Iran's meddling was to blame for instability in the region. Saudi Arabia and Iran are locked in proxy wars in Yemen and Syria, and back opposing groups in Lebanon, Bahrain and Iraq.

Arab League Secretary-General Ahmed Aboul-Gheit said Iran and Turkey have "worsened some crises and created new problems," calling on Arab leaders to "unite as one force under one umbrella against the regional interventions."One of the few things that have united the Arab League over the last 50 years is the rejection of Israel's occupation of the Golan Heights as well as east Jerusalem and the West Bank, territories that the Palestinians want for their future state.

The international community, including the US, largely shared that position until Trump upended decades of US policy by moving the American Embassy to Jerusalem last year and recognizing Israel's 1981 annexation of the Golan earlier this month. US officials say both moves recognize reality on the ground and contribute to Israel's security.

The Arab leaders meeting in Tunisia condemned those policies but did not announce any further action.

That's in part because regional powerhouses Saudi Arabia and the United Arab Emirates have cultivated close ties with the Trump administration, viewing it as a key ally against their main rival, Iran. Both face Western pressure over their devastating three-year war with Yemen's Houthi rebels, and Riyadh is still grappling with the fallout from the killing of Washington Post columnist Jamal Khashoggi by Saudi agents last year.

ALSO READ: UN: No change to policy on Golan Heights despite US' move

In Syria, small protests against Trump's Golan move were held and state media criticized the Arab summit. "The Golan is not awaiting support from the Arabs, and not a statement to condemn what Trump has done," the Thawra newspaper said in an editorial that accused Arab leaders of taking their orders from the US and Israel.

The Arab League had been expected to consider readmitting Syria, but there was no reference to the subject in the final statement.

The United Arab Emirates reopened its embassy in Damascus last year, and other Arab states have voiced support for restoring relations. But Saudi Arabia and Qatar have actively supported the rebels trying to overthrow Assad, and other states view his government as an Iranian proxy that should continue to be shunned.

Some countries were represented by their heads of state on Sunday, while others sent lower-level delegations. The UAE sent the lesser-known Fujairah ruler Hamad bin Mohammed al-Sharqi rather than the powerful Abu Dhabi Crown Prince Mohammed bin Zayed or Dubai's ruler, Sheikh Mohammed bin Rashid.

Guterres reiterated international support for an Israeli and a Palestinian state "living side by side in peace within secure and recognized borders, and with Jerusalem as capital of both states.""There is no Plan B: without two states, there is no solution," he said.

In a rare sign of easing tensions, King Salman and Qatar's emir, Sheikh Tamim bin Hamad Al Thani, sat at the same sprawling table at Sunday's opening session. It was the first time the two leaders have appeared in the same room since Saudi Arabia led the boycott of Qatar nearly two years ago over Doha's ties to Iran and its support for regional Islamist groups.

But Qatar's emir left the summit after the opening session and did not address the summit or attend the closed-door meeting later in the day, according to Qatar's state-run news agency.

It did not give a reason for his early departure.