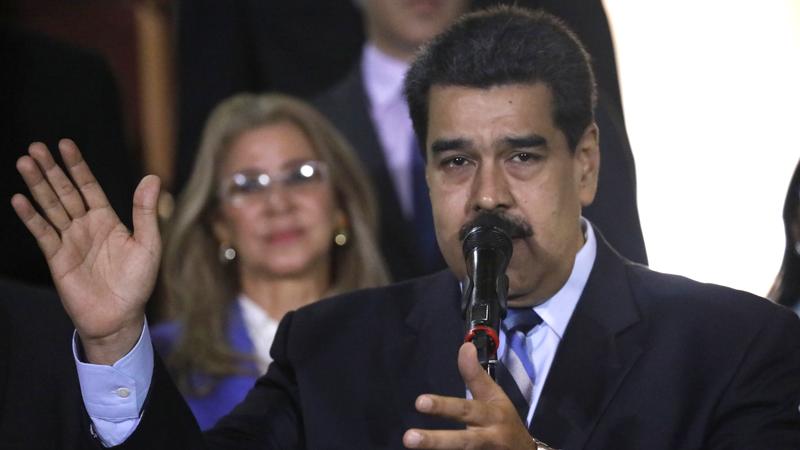 The main committee of Venezuela creditors said it opposed requests for a US executive order that would prevent asset seizures by investors and disagreed with a proposal to give different treatment to debts owed to Russia and China.

The proposal could help improve communication for a future restructuring, but any serious talks cannot take place until a new government assumes power

But the statement added that restructuring would not begin until the end of a “humanitarian crisis,” in reference to the hyperinflationary collapse overseen by President Nicolas Maduro that has fueled malnutrition and disease.

Guaido in January cited articles of the constitution to assume an interim presidency after calling Maduro’s 2018 election a fraud, quickly winning recognition by more than 50 countries including the United States.

Maduro’s government, which continues to exercise power thanks to the loyalty of the military, has failed to pay creditors some US$11.4 billion in principal and interest since 2017, according to the creditors.

Jose Ignacio Hernandez, Guaido’s overseas legal representative, did not immediately respond to a request for comment.

The proposal could help improve communication for a future restructuring, but any serious talks cannot take place until a new government assumes power, said Shamaila Khan, director of emerging market debt at AllianceBernstein in New York.

“It is too early to start discussing a restructuring considering (a new) government is still not in place,” said Khan in a telephone interview.

Investors say Maduro is not a serious negotiator because his government has few resources to offer in a restructuring and his promises likely cannot be trusted given the ruling Socialist Party’s frequent disregard for property rights.

US sanctions also prevent most investors from dealing with him; state oil company Petróleos de Venezuela, SA, or PDVSA; and the central bank.

READ MORE: US imposes sanctions on son of Venezuela's Maduro

Maduro blames US sanctions and an opposition-led “economic war” for the country’s problems.

The creditor committee opposed requests by Guaido and his allies for an executive order by the White House that would block creditors from seizing US refiner Citgo Petroleum Corp, which is owned by PDVSA.

“An executive order issued by the US government that undermines good faith negotiations would not further the long-term interests of Venezuela or its stakeholders,” according to the statement.

The group instead recommended that Venezuela pass a restructuring law that could be recognized under the US bankruptcy code, in order to “provide an effective mechanism for preventing disruptive litigation.”