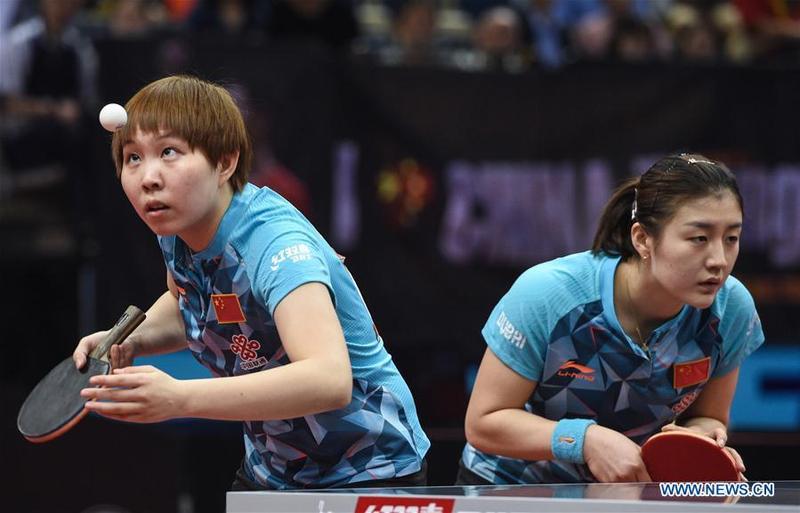 SYDNEY - China has gone unbeaten on the second day of the Australian Open of the International Table Tennis Federation (ITTF) Seamaster 2017 World Tour, in Gold Coast on Wednesday.

In the women's doubles, Chen Xingtong and Wang Manyu took on Singapore's Feng Tianwei and Yu Mengyu, with the match 3-0 to the Chinese duo.

It was a similar story in their next encounter, when the Chinese pair defeated Japan's Hayata Hina and Ito Mima 3-1.

When Chen Meng and Zhu Yuling battled South Korea's Choi Hyojoo and Jung Yumi, the Chinese pair walked away with an easy 3-0 victory.

They then repeated their efforts in the next match against India's Sutirtha Mukherjee and Pooja Sahasrabudhe for another clean sweep.

When it came time for Chen Xingtong to adjust her game to the women's singles event, she blastered Singaporean Yu Mengyu off the table and dished out the same treatment to Japan's Hina Hayata.

Both matches finished 4-0 to Chen.