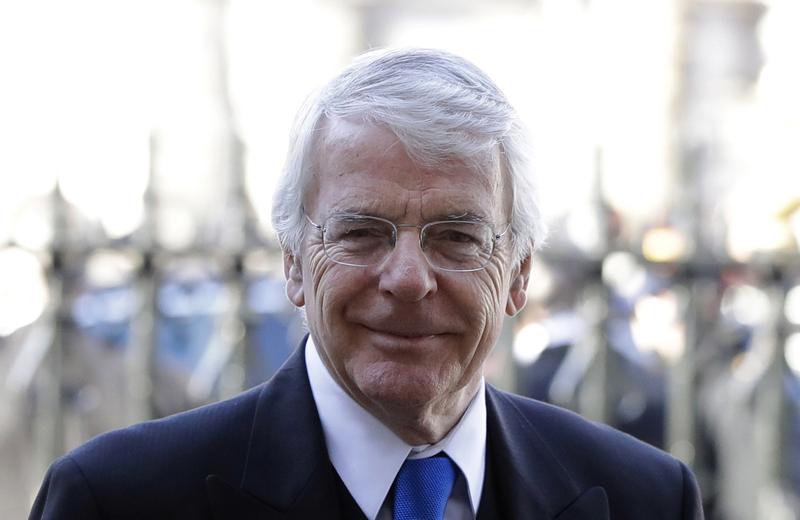 In this Jan 31, 2019 photo, Britain's former Prime Minister John Major arrives to attend a service of thanksgiving for the life and work of Peter Carrington at Westminster Abbey in London. (KIRSTY WIGGLESWORTH / AP)

LONDON — Former British prime minister John Major vowed on Wednesday to go to court to block his party colleague Boris Johnson from suspending parliament and dragging the queen into a constitutional crisis to deliver a no-deal Brexit.

Ex-UK PM John Major accused Boris Johnson of hypocrisy for backing Brexit to secure more power for Britain's parliament, only to propose to sideline lawmakers when it suited him

Johnson, the favourite to win a Conservative leadership election and to become the next prime minister, has refused to rule out suspending, or proroguing, parliament to ensure Britain leaves the European Union on Oct 31 - with or without a deal.

That could provoke a constitutional crisis in one of the world's oldest and most stable democracies because parliament is opposed to a disorderly exit, lacking a transition deal to ease the economic dislocation of leaving the bloc.

While it is essentially up to the prime minister to make the decision, Major, an opponent of Brexit who has not shied away for criticising his party on the issue, said it would require the queen's blessing.

"In order to close down parliament, the prime minister would have to go to Her Majesty the Queen and ask for her permission to prorogue," he told BBC Radio. "If her first minister asks for that permission, it is almost inconceivable that the queen will do anything other than grant it.

Major accused Johnson of hypocrisy for backing Brexit to secure more power for Britain's parliament, only to propose to sideline lawmakers when it suited him.

He said parliament had not been suspended since King Charles I did so during the English Civil War. Charles was eventually executed, in 1649.

"The idea of proroguing parliament is utterly and totally unacceptable from any British parliamentarian or democrat," Major said.

A spokesman for Johnson did not immediately respond to a request for comment. Major is backing Johnson's rival Hunt for the leadership but said he was speaking in a personal capacity. 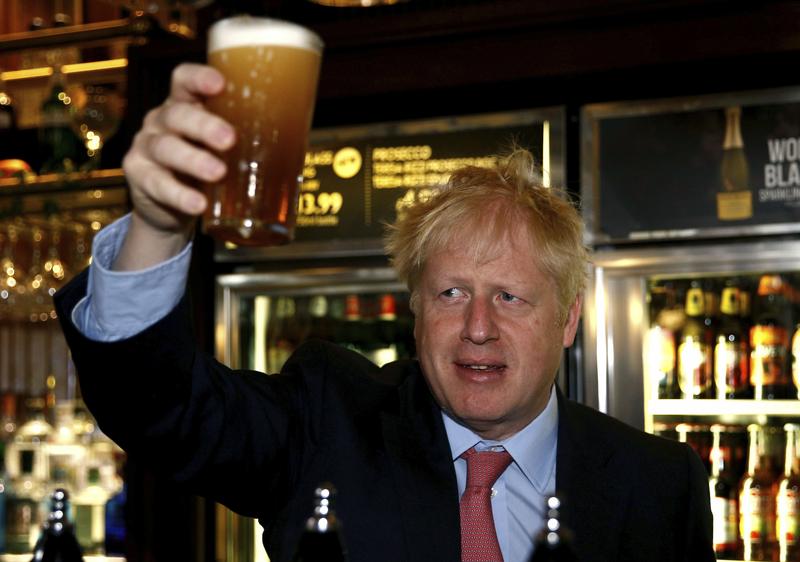 The question of suspending parliament was raised during a televised debate between Johnson and Hunt, the foreign minister, on Tuesday evening.

While Hunt categorically ruled it out, Johnson said he would "not take anything off the table".

Votes in parliament have indicated that a majority of lawmakers are against a no-deal Brexit because of concerns that it would cripple supply chains and damage trade.

Sterling was trading near its lowest level for more than two years on Wednesday as better-than-expected readings on the economy did little to dispel growing fears of a no-deal Brexit.

On Tuesday, lawmakers narrowly approved a measure that could make it harder for the next prime minister to suspend parliament.

House Speaker John Bercow has said it is "blindingly obvious" that the next prime minister would not be able to sideline parliament, adding: "Parliament will not be evacuated from the centre stage of the decision-making process on this important matter."

Major said there was a risk that Britain would not be ready to leave the EU in October, and that Johnson lacked leadership qualities. He followed other party grandees in questioning whether the former London mayor was fit for the highest office.

Major’s own 1990-1997 premiership was plagued by Conservative disputes over Europe and saw Britain crash ignominiously out of the European Exchange Rate Mechanism, the predecessor to the single currency, in 1992.