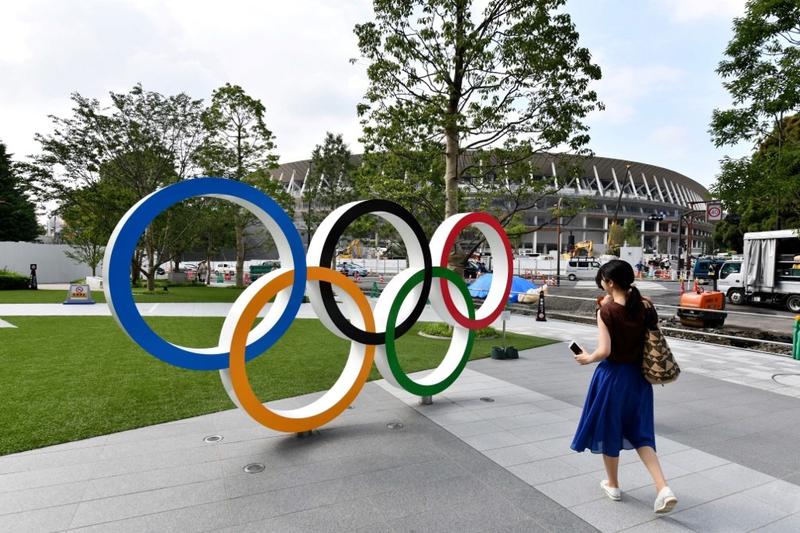 This picture shows the Olympic Rings displayed at the Japan Sport Olympic Square beside the new National Stadium, still under construction, in Tokyo on July 23, 2019, nearly one year before the start of the Tokyo 2020 Olympic Games. (KAZUHIRO NOGI / AFP)

TOKYO - Three officials from the Democratic People's Republic of Korea (DPRK) including vice sports minister Won Kil-u have canceled their trip to Japan for a seminar next week related to the Tokyo Olympic and Paralympic Games, Japanese media reported Saturday.

Sources familiar with the matter said despite Tokyo's earlier decision to allow their attendance at the seminar, the DPRK officials conveyed their decision to cancel the trip without providing an explanation

The three DPRK officials were scheduled to arrive in Japan on Monday to attend a seminar for officials of National Olympic Committees (NOC) in Tokyo from Tuesday to Thursday.

The seminar was scheduled to update more than 200 participating NOCs on the status of 2020 Games preparations, and will include a visit to the New National Stadium, the main venue of next summer's games.

Sources familiar with the matter said that despite Tokyo's earlier decision to allow their attendance at the seminar, the DPRK officials conveyed their decision to cancel the trip without providing an explanation.

The DPRK also canceled its planned participation in the World Judo Championships to be held from Aug 25 to Sept 1 at Tokyo's Nippon Budokan, other sources said Saturday.