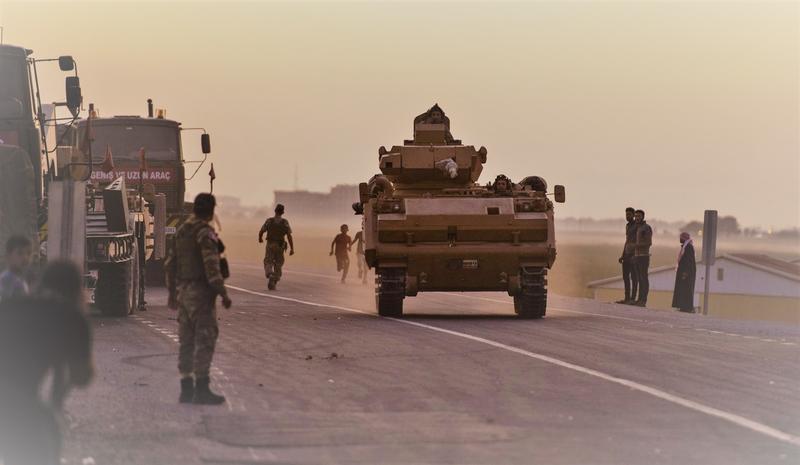 A ministry statement early on Thursday did not provide further detail on the offensive but shared a brief video of commandos in action.

Turkey's invasion of northeastern Syria began on Wednesday after US troops pulled back from the area, paving the way for Turkey's assault on Syrian Kurdish forces, long been allied with the US.

The ministry said Turkish jets and artillery struck 181 targets east of the Euphrates River since the incursion started.

Turkey said it intends to create a "safe zone" that would push Kurdish militia away from its border and eventually allow the repatriation of up to 2 million Syrian refugees.

The Turkish invasion is widely condemned around the world.

Turkish armored vehicles and tanks crossed into Syria after Turkish F-16s and artillery units targeted positions of Kurdish YPG militants earlier Wednesday. The Turkish military carried out the incursion together with allied Syrian rebels in an effort to seize areas to the south of the frontier towns.

President Recep Tayyip Erdogan earlier announced the start of the operation, code-named “Peace Spring,” on Twitter and said it would also target Islamic State. Russia, Iran and some top European officials urged Turkey to act with restraint. The conflict has sparked concerns that renewed chaos in Syria could lead to a jihadist resurgence and push the Kurds -- America’s allies in the fight against IS -- into the arms of President Bashar al-Assad.

ALSO READ: US troops start pullout from along Turkey's border in Syria

Turkey has battled Kurdish separatists for years and had repeatedly warned it would not allow the creation of a Kurdish proto-state on its immediate border. Once it seizes the area, Turkey plans to resettle 2 million Syrian refugees, most of them Arabs, in the border zone, further complicating a combustible situation.

The Turkish lira weakened as the conflict started.

Turkey’s advance followed a dramatic reversal of US policy. US President Donald Trump told Erdogan in a phone call on Sunday that dozens of American troops who’d been working closely with Kurdish forces in the fight against Islamic State would pull back, effectively clearing the way for a Turkish incursion.

Asked by reporters Wednesday at the White House what he’d do if Erdogan wipes out the Kurds, Trump said: “I will wipe out his economy if that happens,” adding that he hopes the Turkish leader “will act rationally.”

Trump’s announcement Sunday appeared to surprise allies at home and abroad. Republican Senator Lindsey Graham, normally a staunch Trump ally on Capitol Hill was among several Republicans angered by the move. He tweeted Wednesday: “Pray for our Kurdish allies who have been shamelessly abandoned by the Trump Administration. This move ensures the reemergence of ISIS.” 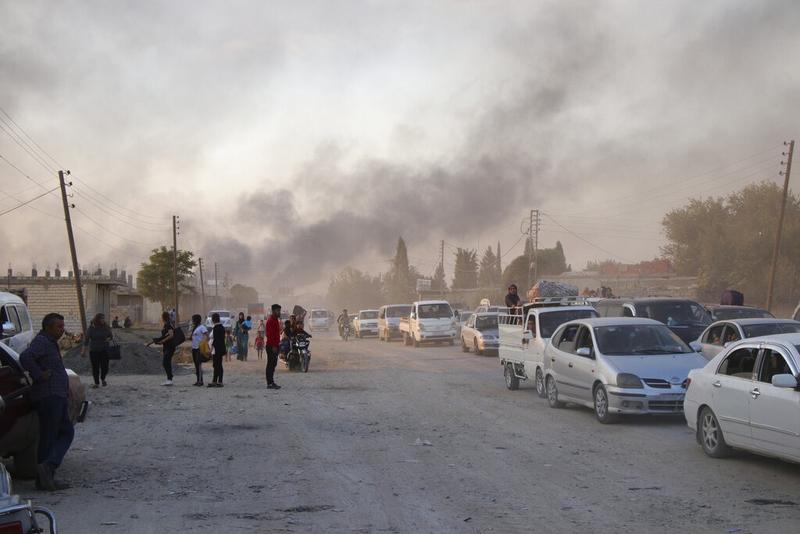 The Kurdish-led SDF said they would defend their “own people,” potentially relegating the battle against Islamic State.

Analysts said a US pullback could ultimately play into the hands of Russia, whose military intervention helped turn the tide of the Syrian civil war in favor of Assad. As the Turkish offensive got underway, the Associated Press reported that the YPG had asked Russia to mediate talks between them and the Assad government.

Turkey sees the YPG as a threat due to its link to the separatist PKK, another Kurdish group the Turkish government been battling for decades. It’s considered a terrorist organization by the US and the European Union.

Its offensive into northern Syria first aims to surround towns in a strip of border territory, before pushing further south in an effort to dismantle any chance of a Kurdish state emerging on its doorstep, according to two Turkish officials, who requested anonymity to discuss sensitive military planning.

The first targets will be the Syrian towns of Kobani, Tal Abyad and Ras al-Ayn, all held by the YPG and located along the former Berlin-Baghdad railway that for hundreds of miles forms the frontier with Turkey, according to the officials.

The military aims to penetrate at least 30 kilometers (19 miles) deep into Syrian territory and secure the M-4 highway that runs parallel to the frontier all the way to Iraq in the east, they said. Erdogan was keen to act before winter set in and made it difficult for tanks to operate in muddy terrain. 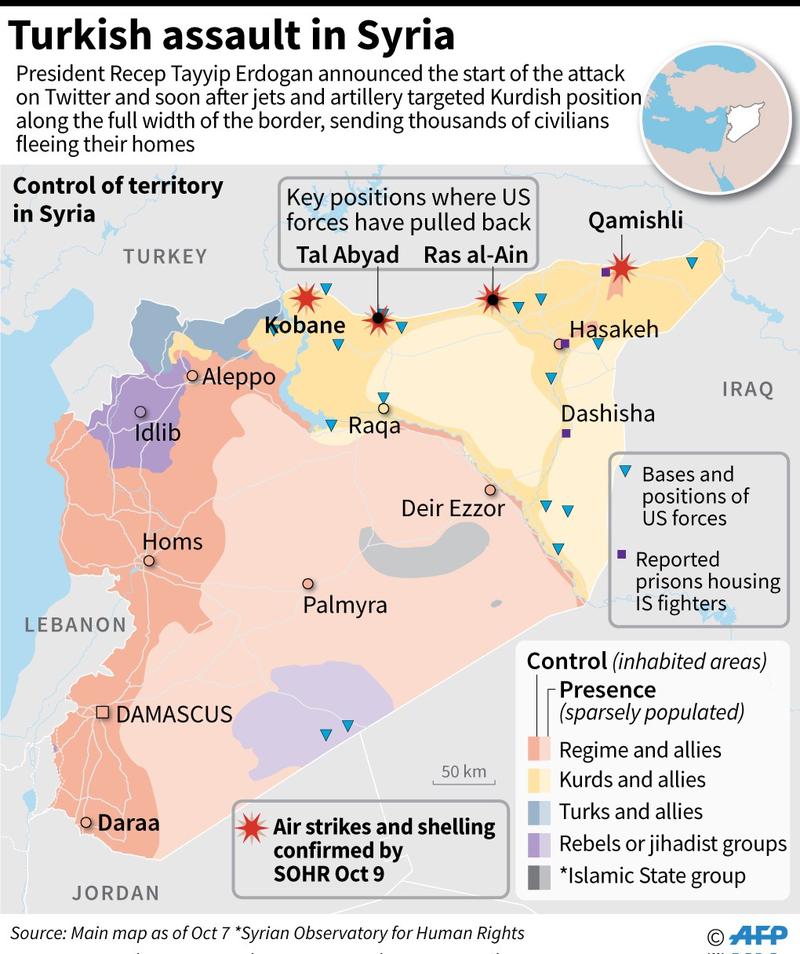 “What aggravates the operational risks is the deep-running mistrust between Turkey and the US,” said Nihat Ali Ozcan, a strategist at the Economic Policy Research Foundation in Ankara. “Turkey is very much worried about whether the US will share intelligence with the YPG over Turkish troop positions to help them defend themselves.”

Turkish commanders expect to be confronted by a sophisticated foe after the battle-hardened YPG were armed by the US and other Western militaries to help fight Islamic State, they said. Erdogan has chastised Washington for backing the Kurds, but he only pushed ahead with the operation after Trump reversed years of US policy.

“YPG militants have two options: They can defect or we will have to stop them from disrupting our counter-ISIS efforts,” Fahrettin Altun, Erdogan’s chief of communications, wrote on Twitter early Wednesday.

He told reporters in Sydney on Wednesday that he was "deeply concerned" about Turkey's actions and has expressed to the Turkish and US governments his concerns about the safety of civilians and the Kurdish people.