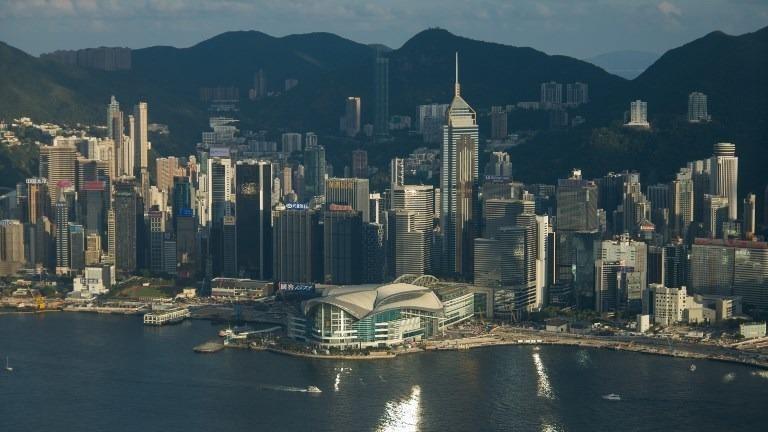 This May 25, 2018 general view shows commercial buildings in Hong Kong, as seen from the International Commerce Centre. (ANTHONY WALLACE / AFP)

HONG KONG – The Hong Kong Special Administrative Region government on Friday welcomed the Heritage Foundation's high regard for Hong Kong as the world's freest economy for the 25th consecutive year.

In this year's Index of Economic Freedom report, Hong Kong's overall score remained at 90.2. This makes Hong Kong once again the only economy attaining an overall score higher than 90.

The city’s Financial Secretary Paul Chan said this achievement reaffirms the government's steadfast commitment to upholding the free market principles over the years.

"The free market principles have long been the cornerstone of the Hong Kong economy. The government will continue to uphold Hong Kong's fine tradition of the rule of law, maintain a simple and low tax system, improve government efficiency, safeguard the open and free trade regime and build a level playing field for all, so as to create a favorable environment for businesses in Hong Kong and promote Hong Kong's economic growth," he said.

The 2019 Index of Economic Freedom report was released by the Heritage Foundation on Thursday in Washington.

Hong Kong has been ranked as the world's freest economy since the Index was first published in 1995. Hong Kong's overall score in this year's report, at 90.2 (out of 100), was well above the global average of 60.8.

Among the 12 components adopted for measuring economic freedom in the report, Hong Kong achieved high scores of 90 or above in eight categories.